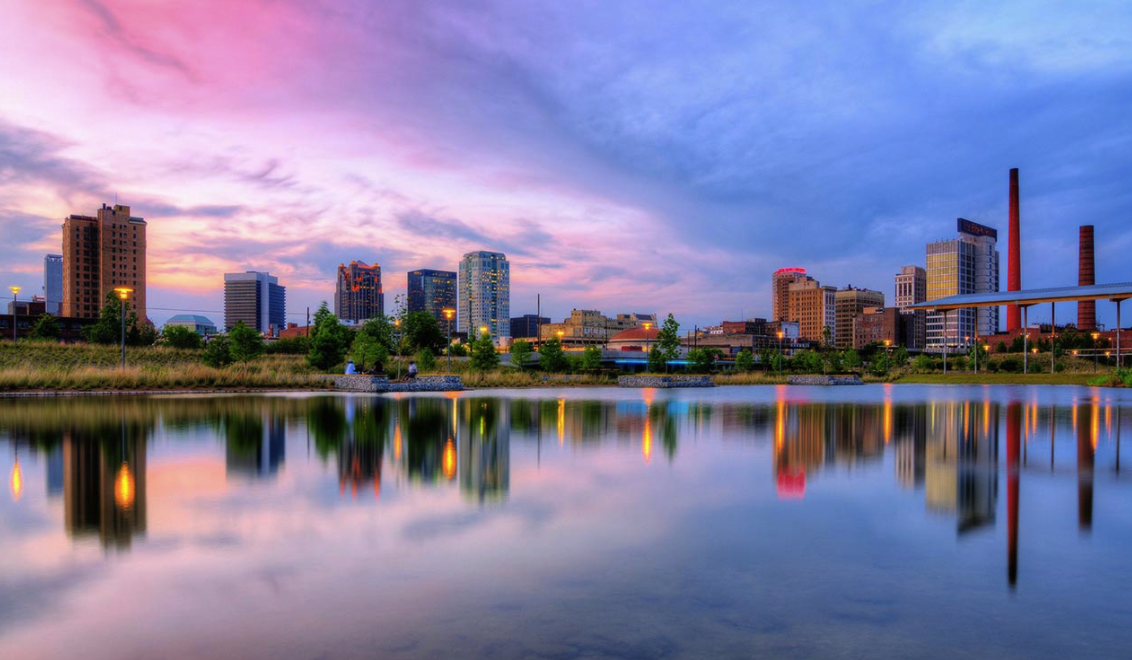 Does it Snow in Alabama?

Alabama is a US state that extends from the fringes of the Appalachian Mountains in the north and traverses a rich hinterland made up of a prairie low land known as Black Belt and the coastal plains near Mobile in the south before winding at the shores of the Gulf of Mexico. It spans 135,765 square kilometers and shares borders with Tennessee, Georgia, Florida, and Mississippi states. Alabama ranks as the 24th most populous state in the United States, with a population of five million people. But does it snow in Alabama?

Alabama has an average elevation of 500 feet (150 meters) above sea level, with the highest point being Mount Cheaha at 2413 feet (735.5 meters). The lowest point in Alabama is the Gulf of Mexico, at 0 feet above sea level. Given such low elevation, Alabama experiences a humid subtropical climate where winters are mild and rainy. Up north, near, Tennessee River, the winters are colder. Snow, although quite rare, falls in the northern regions of Alabama.

When does it Snow in Alabama?

Snow falls in the winter season, which lasts from December through February. The climate of Alabama is influenced by the clash of air masses where sudden changes in temperature, thunderstorms, and plenty of rainfall may be experienced, especially during winter.

Here is a detailed breakdown of the snowiest months in Alabama.

The northern parts of Alabama see snow for 1.3 days and accumulate up to 0.24 inches (6 millimeters) of snow.

Huntsville sees most of its snowfall in January with an aggregate of up to 0.83 inches (21 millimeters) of snow.

As winter draws to a close, Alabama sees moderate temperatures. Places like Huntsville in the north register a gradual increase in temperatures as the region transitions to spring.

It snows for 1.6 days in Huntsville, and the snow can accumulate up to0.35 inches (9 millimeters) in February.

Where does it Snow in Alabama?

Snow falls predominantly in the northern regions of Alabama and is a rare occurrence in the south. On average, places like Huntsville receive 2.3 inches of snowfall while Birmingham records 1.6 inches. Mobile, on the other hand, collects up to 0.2 inches throughout the year.

Read on to find out more about the snowiest places in Alabama.

Montgomery is the capital city of Alabama situated near the Alabama River on a rolling plain. It has an elevation of 240 feet (73 meters) above sea level and spans an area of 420.25 square kilometers. It is the third most populous city in Alabama, with about 400,000 people per the 2010 census.

Montgomery experiences snow during the winter months only and accumulates up to 0.51 inches (13 millimeters) of snow throughout the year.

Huntsville is a city located in the Appalachian Mountains in northern Alabama at an altitude of 600 feet (183 meters) above sea level. It spans an area of 566.95 square kilometers and has a population of about 500,000 people in the metropolitan area.

Though snow normally falls in this city from December, there have been occasions that snow has been witnessed in November. For instance, on November 24, 1938, heavy snowfall that accumulated to about 3.3 inches (83.82 millimeters) pelted the town.

Birmingham is a city in Northern Alabama spanning an area of 383.86 square kilometers. It is the most populous city in Alabama, with about 1.2 million people.

Birmingham sees snow for 2.5 days throughout the year and collects up to 0.35 inches (9 millimeters) of snow.

Mobile is a city situated at the banks of Mobile River and covers an area of 466.34 square kilometers. It has a population of about 195 000, as per the census in 2010, making it the third-most populous city in Alabama.

Mobile experiences snow in January only. The snow falls for 0.4 days and accumulates up to a depth of 0.12 inches (3 millimeters).

Alabama has an active skiing scene with a ski resort on top of Lookout Mountain.

Alabama’s only ski resort is located on the Lookout Mountain and spreads over 800 acres of land. The slopes have an elevation of 1,800 feet and a vertical rise of 150 feet. The snow in this resort is made from machines and groomed on warmer days to keep it in top shape.

This resort caters to all difficulty levels and has competent instructors to teach and guide novice skiers.

The resort is served by two lifts that take skiers to the top of the slopes and are open throughout the year.