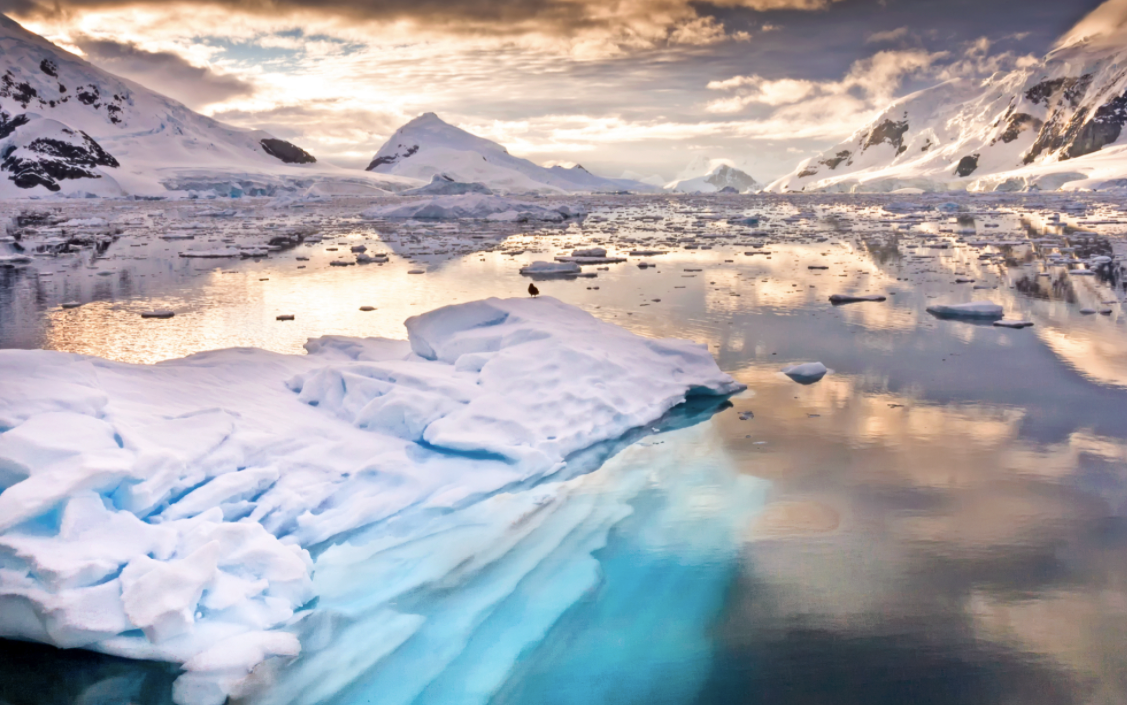 As Antarctica is a polar desert, it rarely sees any form of precipitation, be it rain or snow. The interior parts of the continent usually receive about 2 inches (50.8 millimetres) of annual precipitation in form of snow. The little snowfall is simply because precipitation cannot form due to the low moisture-carrying capacity of the cold Antarctic air. Precipitation in the coastal region is slightly higher and averages 8 inches (200 millimetres) annually.

Due to the cold temperatures in the continent, the little annual snowfall recorded does not melt but instead accumulates and builds up over many years to form thick ice sheets. These ice sheets usually average 1.6 kilometres in thickness and cover about 98% of Antarctica’s landmass. Heavy snowfall, however, is more common in the coastal parts of Antarctica, and there have been instances where as much as 48 inches (1.22 metres) of snow has fallen in 48 hours.

The occasional blizzards and snowstorms recorded in the interior parts of Antarctica are usually caused by strong winds blowing loose snow rather than fresh snow falling on the area.

Antarctica has two climatic seasons, which are summer and winter. The continent experiences 5-month summers, which last from October to February. In summer, the sun is always in the sky and the length of days gradually until the Midnight Sun phenomenon is achieved. During the Midnight Sun, the sun doesn’t set, and Antarctica experiences 24 hours of sunshine.

Although temperatures aren’t hot in summer, sunburn is a major concern in Antarctica as the white surface of the ice sheets reflect all the UV rays. January, the warmest month in the continent, records freezing temperatures that range from 48.4 to -76 degrees Fahrenheit (8 to -60 degrees Celsius) as you move from the coast to the interior.

Winters in Antarctica start in March and last through to September. The season is marked by freezing temperatures that can fall as low as -138.5 degrees Fahrenheit (-94.7 degrees Celsius), as seen on July 21, 2010. Weather conditions in winter are treacherous, and all travels to and from Antarctica cease until summer. During most of the season, Antarctica is covered in total darkness, a phenomenon known as the Antarctic Night.

Things to do in Antarctica

In all honesty, many people dream of exploring the wild and undiscovered continent of Antarctica. But sadly, only a few of these people realize this dream, most of them being researchers working on different projects. However, if you manage to make the trip down to the Earth’s coldest place, here are a few things worth trying out.

Antarctica is about the only place on Earth you can go canoeing or kayaking on tranquil waters, surrounded by glaciers, crystal clear skies, and snow-capped mountains. To top it up, you’ll get a chance to see the seal, minke, and even humpback whale, a feat you won’t achieve anywhere else.

Camping under the stars

Camping in Antarctica in winter isn’t for the faint-hearted. This is because getting cosy on the frozen ground and sub-zero temperatures is almost an impossible feat. But if you are willing to brave the cold, then you’re in for one of the best camping experiences ever. Whether you are sleeping in a tent or a cold-weather sleeping bag, getting the chance to gaze at the twinkling Antarctica stars will go down as an unforgettable experience.