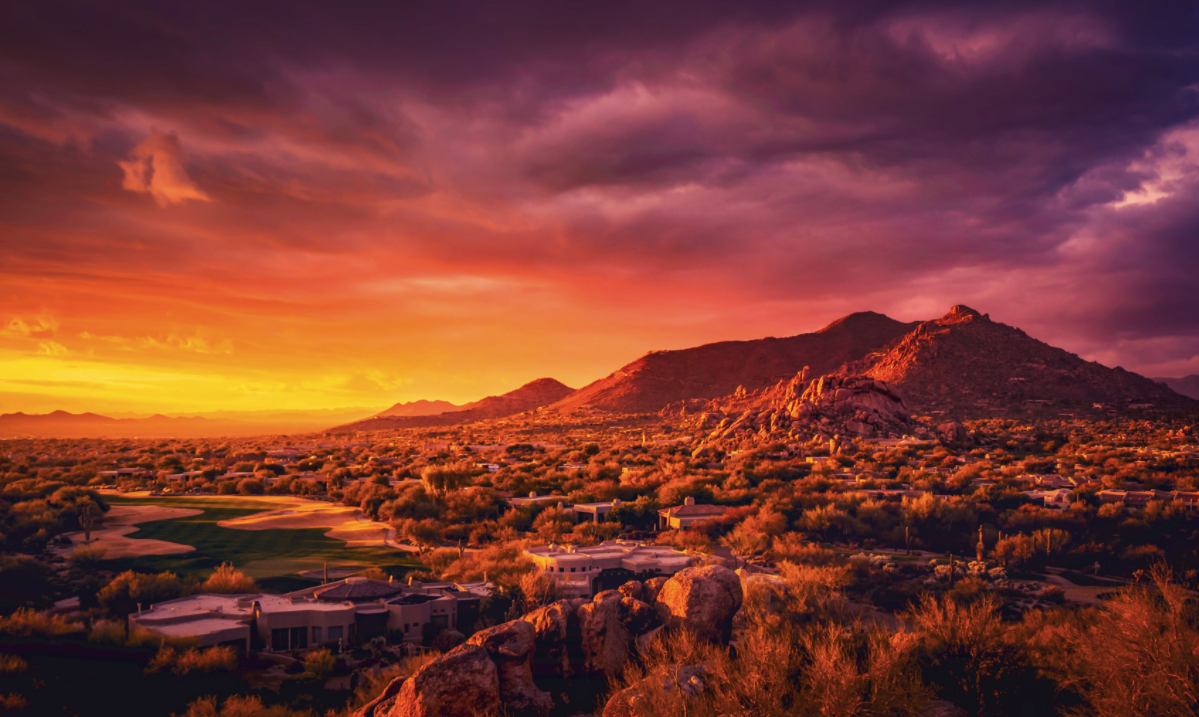 Does it Snow in Arizona?

Most parts of Arizona experience an arid and semi-arid climate that features very hot summers and moderately warm winters. However, the northern and southeastern regions of the state enjoy milder temperatures due to their high elevations. These regions tend to receive snow during most winters.

When does it snow in Arizona?

Snow in Arizona falls in winter, which lasts from early December to late March. Some places, however, receive the first dustings of snow as early as October, and the snow can stay in other places up to June. On average, Arizona records upwards of 75 inches (1905 millimeters) of snowfall on a typical winter.

Here is a breakdown of the snowiest months in Arizona.

Where does it snow in Arizona?

Phoenix is the capital and most populous city in Arizona. It sits at an elevation of 1,117 feet (357 meters)above sea level and is home to 1.7 million people. It seldom snows in Phoenix, thanks to the city’s hot climate and low elevation.  However, there have been instances where snowfall has graced Phoenix. The rare occasion of snowfall in Phoenix happens once every 25 years, and when it happens, it will definitely be in January.

Flagstaff is one of the snowiest cities in the United States as it posts over 100 inches (2,540 millimeters) of snowfall every year. This unique city, sandwiched between the San Francisco mountains and the Sonoran desert, covers an area of 171.1 kilometers square and has a population of 75,000. Flagstaff records its first instance of snow in late November, and the snow stays on the ground until mid-March. Snow on the nearby San Francisco mountains, however, tends to stick around longer and thaw in June. Flagstaff receives snow for an average of 33.7 snowfall days and aggregates up to 103.6 inches (2,631 millimeters) of snow throughout the year.

Show Low witnesses its first snowfall in December and the last traces in late February or early March. January is the coldest and snowiest month in Show Low, with temperatures reaching lows of 27.5 degrees Fahrenheit (-2.5 degrees Celsius). On average, Show Low receives snowfall for 18.8 snowfall days throughout the year and records an accumulation of 14.76 inches (377 millimeters) of snow.

Arizona is a state endowed with beautiful skiing scenery and plenty of snow. The state has four ski resorts with 49 kilometers of skiable slope and 18 ski lifts between them.

Mt. Lemmon Ski Valley is the southernmost ski resort in the continental USA. It is located on the slopes of Mount Lemmon in Tucson at elevations between 2,522 and 2,750 meters.  The ski resort caters to all skiing difficulty levels and has 8.5 km of slope available for skiing and snowboarding. Mt. Lennon Ski Valley has three ski lifts for transporting guests and is open from mid-December to April.

This resort is located near Greer and spans three mountains. It has a 3.2 kilometer square skiable area and caters to all skiing difficulty levels. Sunrise Park Resort is equipped with seven ski lifts for transporting guests. The resort is open throughout the year as it has snowmaking equipment to supplement natural snowfall.

This ski resort is situated between 2,306 and 2,452 meters, 30 miles west of Flagstaff in Williams. The resort has 3 km of slope available for skiing and snowboarding and is equipped with two ski lifts for transporting guests.