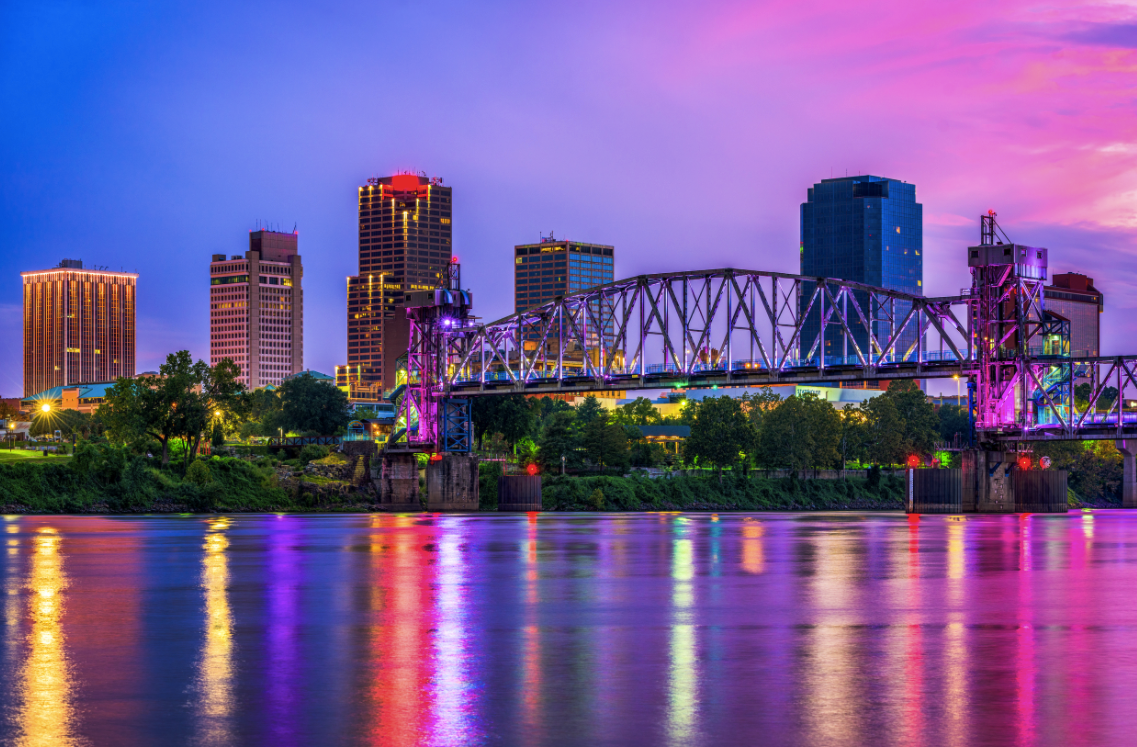 Does it Snow in Arkansas?

Arkansas, also known as the Natural State due to its beautiful scenery, is a state located in the south-central region of the United States. Arkansas is the 33rd most populous state in the U.S. with around 3 million people spread over its 137,732 square kilometers landmass. The highest point in Arkansas is Mount Magazine, at an elevation of 2,753 feet (839 meters), while the lowest point is the Ouachita River at 55 feet (17 meters). But does it snow in Arkansas?

Arkansas has a humid subtropical climate greatly influenced by the Gulf of Mexico despite it not bordering the state. The state’s climate is distinguished by hot, humid summers and dry, mild winters. Snow is not prevalent or frequent but mainly falls in the northern parts of the state. The southern region of Little Rock is likely to see ice storms, tornadoes, and extreme weather.

When does it snow in Arkansas?

Winter months are characterized by a dip in temperatures into the teens or sometimes below zero with wind chills. Freezing temperatures start in November, although heightened winter runs from December to February. March is still cold, but rising temperatures signal the onset of spring.

Snow flurries can be seen as early as November, but December is the first month substantial snow is recorded in Arkansas. Temperatures average highs of 52 degrees Fahrenheit (11 degrees Celsius) and lows of 34 degrees Fahrenheit (1 degree Celsius) throughout the state. Snowfall aggregates to about 0.8 inches (20 millimeters) during this month.

February is usually the last month of substantial snowfall, though snow flurries can still be recorded in March. As the winter season draws to a close, a slight increase in temperatures is recorded, with averages ranging between highs of 55 degrees Fahrenheit (13 degrees Celsius) and lows of 32 degrees Fahrenheit (2 degrees Celsius). Arkansas records an accumulation of up to 1.4 inches (35.5 millimeters) of snow throughout the month.

Where does it snow in Arkansas?

Most snow is recorded in the central region and the northern half of the state. The southern part of the state is warm and humid due to its proximity to the Gulf of Mexico.

Little Rock is the capital city of Arkansas and the most populous in the state, with about 200,000 people living in its metropolitan area. The city is located at an elevation of 335 feet (102 meters) above sea level and lies in a humid subtropical zone, characterized by hot, humid summers and cool snowy winters. Temperatures in Little Rock hover around highs of 52.6 degrees Fahrenheit (11.4 degrees Celsius) and lows of 33.3 degrees Fahrenheit (0.7 degrees Fahrenheit) during winter.  On average, Little Rock witnesses 1.7 snowfall days and records an accumulation of up to 3.5 inches (88.9 millimeters) of snow annually.

Fayetteville is a city located on the outskirts of Boston Mountain at an elevation of 1,401 feet (427 meters). It is the 3rd largest city in Arkansas and has a population of over 85,000. Due to the city’s relatively high elevation, it experiences cool temperatures ranging from highs of 47.6 degrees Fahrenheit (8.7 degrees Celsius) to lows of 27 degrees Fahrenheit (-2.8 degrees Celsius). Fayetteville records 2.3 snowfall days throughout the winter season, and the snow can accumulate to depths of 4.3 inches (109.2 millimeters).

Jonesboro is located on Crowley’s Ridge in northeastern Arkansas.  The city records temperatures ranging from highs of 47.3 degrees Fahrenheit (8.5 degrees Celsius) to lows of 24.6 degrees Fahrenheit (-4.1 degrees Celsius) during winter. Jonesboro sees 2.1 snowfall days in a typical winter season, and the snow can accumulate to depths of 4.8 inches (121.92 millimeters).

It might come as a surprise that Arkansas has no notable ski resorts. You can, however, still enjoy the best winter has to offer by visiting driving across the border to the numerous ski resorts in neighboring states. Most of the ski resorts frequented by Arkansas residents during the winter season are located in Missouri and include Snow Creek and Hidden Valley ski resorts, among others.