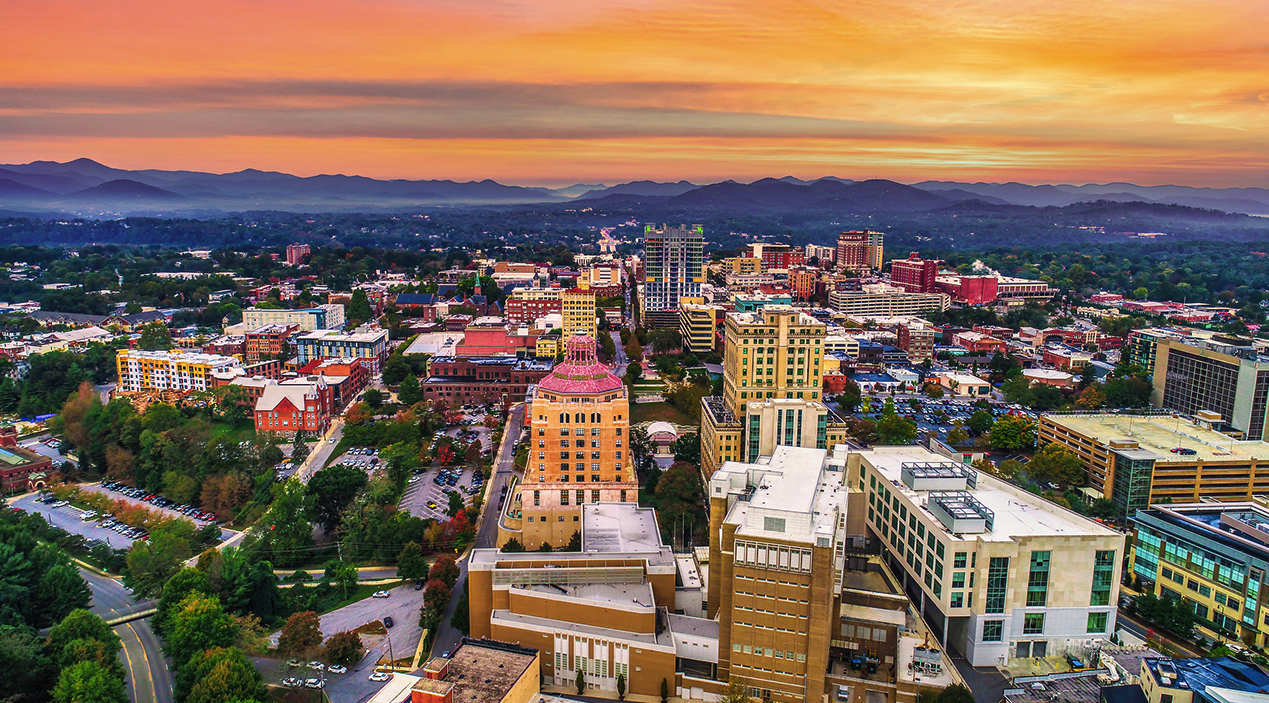 Asheville, also known as The Land of the Sky, is the 12th most populous city in NC and the largest city in Western NC. The city is located at the confluence of the French Broad and the Swannanoa rivers and sits at an elevation of 2,134 feet (650 metres) above sea level. Asheville covers an area of 119.01 square kilometres and has a population of 92,870. But does it snow in Asheville, NC?

Asheville, NC, experiences a humid subtropical climate characterized by pleasant temperatures all year round. The city experiences warm, sweltering summers and mild, wet winters. During winter, it sporadically snows in Asheville, but the city records little snowfall compared to other neighbouring towns due to its low elevation.

When does it snow in Asheville, NC?

Winter in Asheville, NC, sets in December and lasts through February. Snowfall, however, usually starts in November and ends in April. Throughout the year, Asheville records a snow accumulation of up to 12.1 inches (299 millimetres) after 12.1 snowfall days.

December is usually the first month of winter in Asheville, NC. Temperatures across the city are frosty and range from highs of 48.4 degrees Fahrenheit (9.1 degrees Celsius) to lows of 33.8 degrees Fahrenheit (1 degree Celsius). December is the month with the most snowfall in Asheville, with snow falling for 2.1 snowfall days and aggregating up to depths of 4.21 inches (107 millimetres).

Snow falls in the city for 2.5 snowfall days, and the snow cover aggregates up to a depth of 2.17 inches (55 millimetres).

The amount of snowfall in the city increases from that recorded in January. During the month, snow falls on Asheville, NC, for 4.1 snowfall days, and the snow accumulates up to a depth of 2.91 inches (74 millimetres).

March marks the first month of spring in Asheville, NC. The weather is more bearable compared to that witnessed in February.  Temperatures in the city are mild and range from highs of 55.6 degrees Fahrenheit (13.1 degrees Celsius) to lows of 37.6 degrees Fahrenheit (3.1 degrees Celsius). The city witnesses snow for 2 snowfall days, and the snow can aggregate up to a depth of 1.02 inches (26 millimetres).

Where does it snow in Ashville, NC?

Snow falls equally across Asheville, NC. However, snowfall is heavier on the sides of the city, closer to the Blue Ridge Mountains, as they are at a higher elevation compared to the rest of the city.

Although there are no ski resorts within Asheville, NC, several are located on the nearby mountain ranges, just a few miles from the city.

Wolf Ridge Ski Resort is located on the Big Bald Mountains, a 30-minute drive north of Asheville. The resort has 72 acres of skiable terrain, 15 ski trails and receives about 65 inches (1,651 millimetres) of snowfall annually. Wolf Ridge Ski Resort has a vertical rise of 700 feet (213.4 metres) and is equipped with one double lift, a quad lift, and two surface lifts for transporting guests.

Sugar Mountain Ski Resort is located in the NC Blue Ridge Mountains, a few miles from Asheville. The resort boasts a 1,200-foot (365.8-metre) vertical drop and 125 acres of terrain for skiing, snowboarding, and ice skating.  On average, the resort receives about 78 inches (1,981.2 millimetres) of snow, making it a haven for snow lovers.

Appalachians Ski Mountain, the oldest ski resort in Northwestern NC, was opened in 1962 as Blowing Rocks Ski Lodge before changing its name to Appalachian Ski Mountain in 1968.  The ski resort is located in the Great Smoky Mountains, 90 miles north of Asheville. On average, the resort receives about 50 inches (1270 millimetres) of snowfall throughout the year.