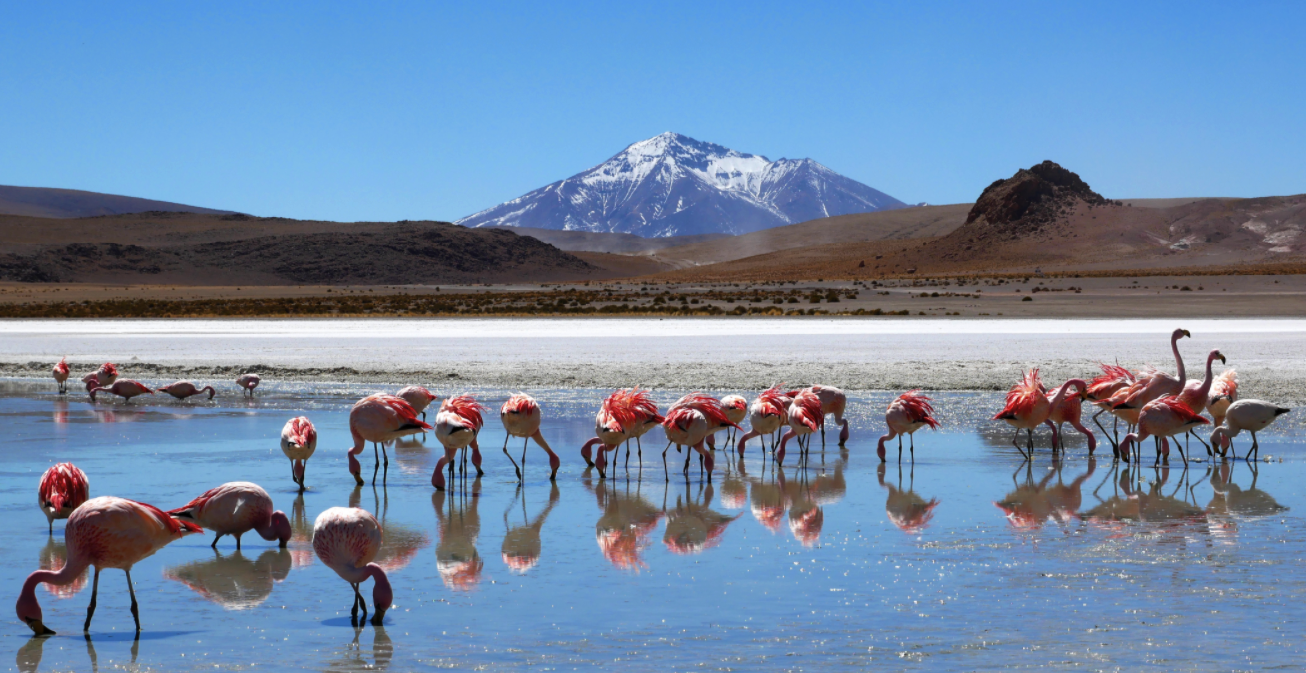 Bolivia is a landlocked country situated in South America. As with many South American nations, the climate of Bolivia varies considerably depending on region and altitude. Although temperatures can drop to below freezing, snow is uncommon except at the very highest of elevations.

Bolivia is also particularly vulnerable to climate change, and has seen snowfall figures drop significantly over the course of the past century. Some 20% of the world’s tropical glaciers are located in Bolivia, yet slight increases in average temperatures have caused these bodies of ice recede at an alarming rate.

With these thoughts in mind, keep reading to find out more about snow in Bolivia.

As a country in the southern hemisphere, Bolivia’s winter falls between May and October. The coldest temperatures occur during this time in the Altiplano highlands – including hubs such as Lake Titicaca, La Paz, Oruro, Cochabamba, Sucre, Potosí and Uyuni. At night, temperatures can drop to just above 32 degrees Fahrenheit (0 degrees Celsius).

It’s on land that sits at higher altitudes above these locations that snow can fall – usually between April and September. The most snow falls at higher elevations above 6,500 ft (2,000 m).

Ground frosts and snow also occur in the polar desert areas of Altiplano. Here, conditions are generally cool and humid with colder weather often setting in across southwestern areas where June and July winter temperatures can drop to – 4 degrees Fahrenheit (-20 degrees Celsius).  Even in these regions, heavy snowfall is unlikely except at greater altitudes.

Bolivia was once the home of the world’s highest ski area. Chacaltaya, which sits at an elevation of some 17,100 ft (5,200 m) above the Bolivian capital city of La Paz, was once the home of an 18,000-year-old glacier. It was renowned for its rustic (and potentially dangerous) ski lift and some of the most unique views of any ski resort in the world.

Sadly, the Chacaltaya Glacier began melting in the 1980s and had completely vanished by 2009. Skiing in Chacaltaya is now restricted to a 600 ft (180 m) area which occasionally receives enough snow to create a short run.