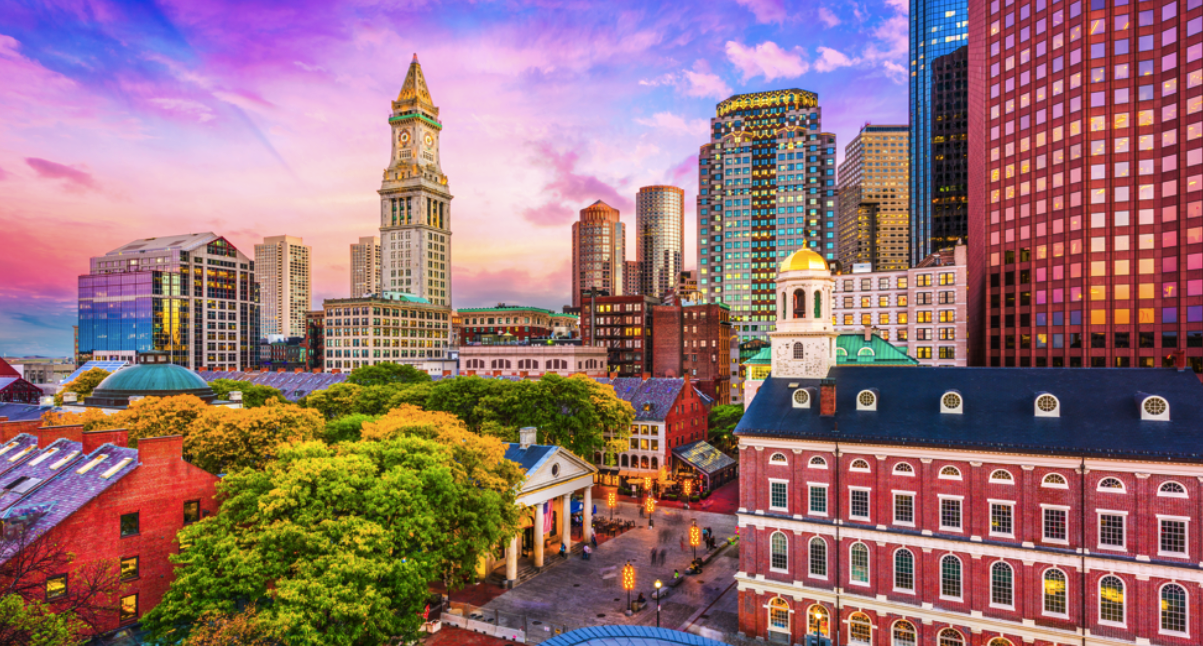 Does it snow in Boston?

Boston, also known as The Cradle of Liberty or The Athens of America, is one of the oldest cities in the U.S., having been founded in 1630. It is Massachusetts’s capital and most populous city, with 676,000 people living on its 125 square kilometre area. The city was the centre of critical events such as the Boston Massacre and the Battle of Bunker Hill during the American Revolution of 1775 to 1783. But does it snow in Boston?

Boston lies in the transitional zone between a humid continental climate and a humid subtropical climate. And as a result, the city’s climate is characterized by hot, humid summers and cold, stormy winters. Temperatures in the city are warmer than in the interior due to the modifying effect of the Atlantic Ocean.  Snowfall is a common feature in Boston in winter, and the city records a snow accumulation of 49.2 inches (1,250 millimetres) after 22.4 snowfall days.

When does it snow in Boston?

Here is a closer look at the snowy months in the City of Boston.

It snows in Boston for 1.5 days in December, and the snow can accumulate up to a depth of 6.5 inches (165 millimetres).

It is also the month with the coldest seawater in Boston, with ocean temperatures hovering around 38.1 degrees Fahrenheit (3.4 degrees Celsius).

March is usually the last month of winter and substantial snowfall in Boston. The month marks the transition between winter and spring seasons and is characterized by mild temperatures during the day and freezing nighttime temperatures. Average temperatures in the city vary between highs of 43.5 degrees Fahrenheit (6.4 degrees Celsius) and lows of 30.9 degrees Fahrenheit (-0.6 degrees Celsius). Snow falls on the city for 1.7 days and aggregates up to a depth of 8.5 inches (215 millimetres).

Where does it snow in Boston?

Snow falls indiscriminately across the city in winter.

Here are some of the ski resorts within a few hours drive of the city.

Blue Hills Ski Area is the closest ski resort to Boston. It is located in Canton, about 14 miles from the city and is the only winter sports facility in the Boston metro area. The resort has 60 acres of skiable terrain, 12 trails, and a 309-foot vertical drop.

This is a small ski area located in Haverhill, about 31 miles from Boston. The resort has 12 trails and a terrain park on its 48 acres of skiable land. All the trails and the terrain park in the ski area are equipped with snowmaking equipment to complement the natural snowfall in the area.

Nashoba Valley Ski Area, which has been in operation since 1964, is located in Westford, about 31 miles from Boston. The resort has 50 acres of skiable terrain, a top elevation of 422 feet, a vertical drop of 240 feet, and 17 runs that cater to all skiing difficulty levels.

Wachusett Mountain Ski Area is located in Princeton town, 55 miles away from Boston. The ski area covers 450 acres of land available for skiing and snowboarding. The resort has a 1,000-foot vertical drop and 25 trails that cater to all skiing difficulty levels. Wachusett Mountain ski area is open from December through to March.