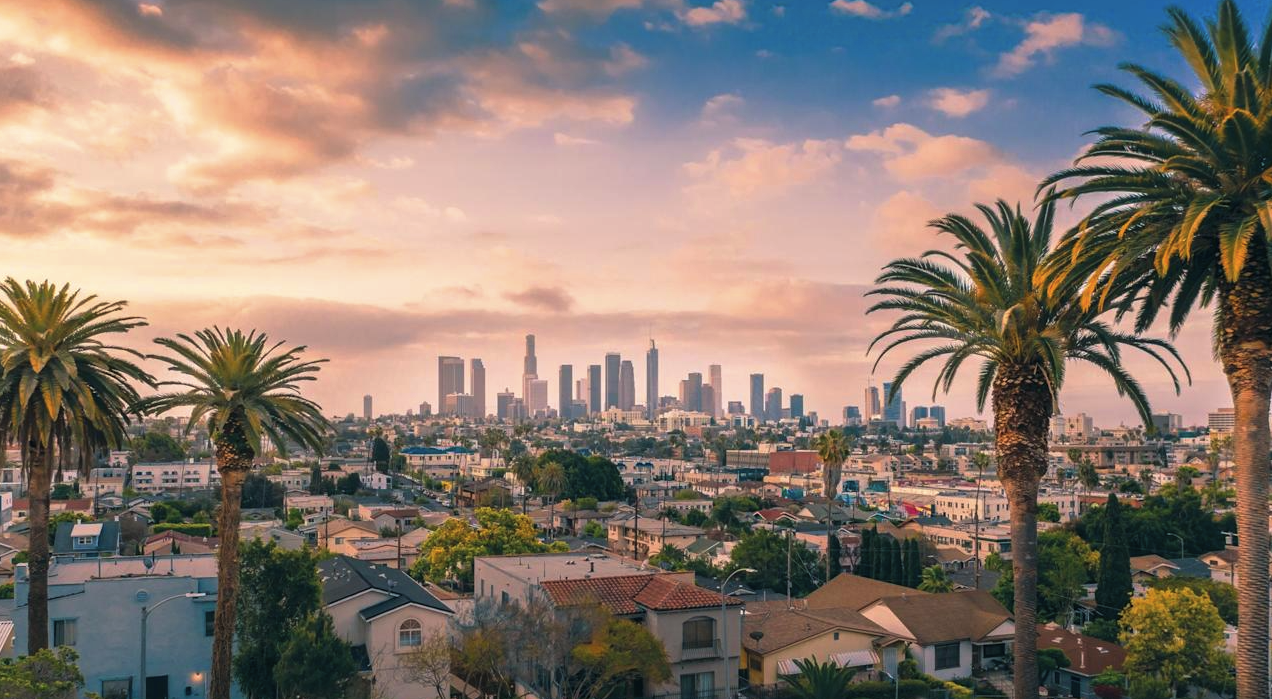 Does it Snow in California?

California often referred to as ‘The Golden State, is the most populous state in the USA. It spans an area of 423,970 square kilometers and is home to around 39.5 million people. California is exquisitely diverse in that it encompasses cliffs, beaches, volcanic lava beds, fertile river valleys, waterfalls, mountains, and even deserts. The highest point in California is Mount Whitney, at 14,505 feet (4,421 meters) above sea level. So, does it snow in California?

Much of California has a Mediterranean-like climate, spotting warm, dry summers and mild, wet winters. However, temperatures in major coastal cities hardly ever reach freezing points, so to witness snow, you will have to climb higher elevations of the high mountains and the far northern parts of the state.

When does it snow in California?

During winter, which runs from November through to February, snowfall is a constant feature in the northern parts of California.

November marks the onset of winter in most parts of California. The average temperatures are in the mild range of 45 degrees Fahrenheit (7.2 degrees Celsius) and 65 degrees Fahrenheit (18.3 degrees Celsius). So far in the north, light dustings of snow begin to appear accompanied by heavy rainfall. The desert regions of the state, however, still experience spring during this month.

January is the coldest month in California, with places like the Sierra Nevada reaching sub-zero temperatures of 3 degrees Fahrenheit (-16.1 degrees Celsius). The amount of snowfall in the high-altitude areas increases courtesy of the chilly temperatures. Precipitation is experienced almost everywhere in the state and averages 3 inches (76.22 millimeters).

February is the last month of winter in California. Like most parts of the state start to transition to spring, temperatures rise from those experienced in January.  During the month, temperatures range from lows of 38 degrees Fahrenheit (3.3 degrees Celsius) to highs of 68 degrees Fahrenheit (20 degrees Celsius) as per the weather reports. Snow on top of mountains starts to thaw in February.

Where does it snow in California?

Equating California’s climate with its sunny southern region, you might think it does not snow. Not quite! The western fronts of the mountain ranges, notably the Sierra Nevada, receive heavy snowfall during the winter. However, to the south, snowfall happens rarely or in negligible amounts.

Sacramento is the capital city of California. It is rare for snow to fall in Sacramento as it lies far south in a region where temperatures hardly fall below freezing point. January is the coldest month in Sacramento, and when temperatures breach the zero barrier, flurries of snow can be spotted in the city. The heaviest snowfall ever recorded in Sacramento happened between 4th and 5th January 1888, and the snow accumulated up to a depth of 3.5 inches (88.9 millimeters)

Los Angeles is the most populous city in California. It rarely snows in the urban city of Los Angeles, but there are local mountain ranges that get snowfall every winter. Contrary to what many expect, heavy rainfall rather than snow is the most common precipitation in Los Angeles during winter.

Yes, it does snow in San Diego! Notably in the county of San Diego. It is important to note that snowfall in the San Diego metropolitan region is rare, with San Diego urban city having received snow five times in the last 125 years. The latest instance of snowfall in San Diego happened in 2008.

At over 6000 feet elevation, Mt Laguna is the best place to experience snow in San Diego, with snowfall of about 21 inches (533.4 millimeters) being recorded annually.

Sierra-at-Tahoe Ski Resort is a ski resort situated between elevations 2,020 and 2,698 meters in the Eldorado National Forest. The resort is located south of Lake Tahoe, and the drive to the resort offers one the opportunity to see the diverse geographical setup of the area. Sierra-at-Tahoe ski resort consists of 2,000 acres of skiable area. It receives 400 inches (10,160 millimeters) of snow every year and is served by 14 chairlifts.

Mt. Shasta Ski Park is located about 6 miles south of Mount Shasta, in the Cascade Mountain Range.  The resort receives 275 inches (6,985 millimeters) of snow annually, and its 425 acres of skiable terrain caters to all skiing difficulty levels. Mt. Shasta is equipped with two ski lifts to transport guests up its 14 trails and offers night skiing.

Tahoe Donner Downhill ski resort is located in the upper reaches of Truckee. The resort has 17 trails with over 120 acres of skiable terrain served by one quad chairlift, one triple chairlift, and three surface lifts. Besides skiing and snowboarding, Tahoe Donner Ski resort offers sledding and snow tubing for snow enthusiasts.

China Peak Mountain Resort is a skiing area located near Huntington Lake. It has over 1200 acres of skiable terrain and a base elevation of 7030 feet. The terrain in China Ski Resort has 45 runs that are serviced by 11 lifts. The 45 run trails are categorized into; 11% beginner runs, 28% intermediate runs, 33% advanced runs, 28% expert runs. This area receives over 300 inches (7,620 millimeters) of snow annually.

Bear Valley Ski Resort is located in San Bernardino National Forest between elevations of 6,600 feet and 8,500 feet. It has 1,680 acres of skiable terrain and more than 75 trails for skiers to explore. Besides skiing, the resort also offers skate skiing and snowshoeing.