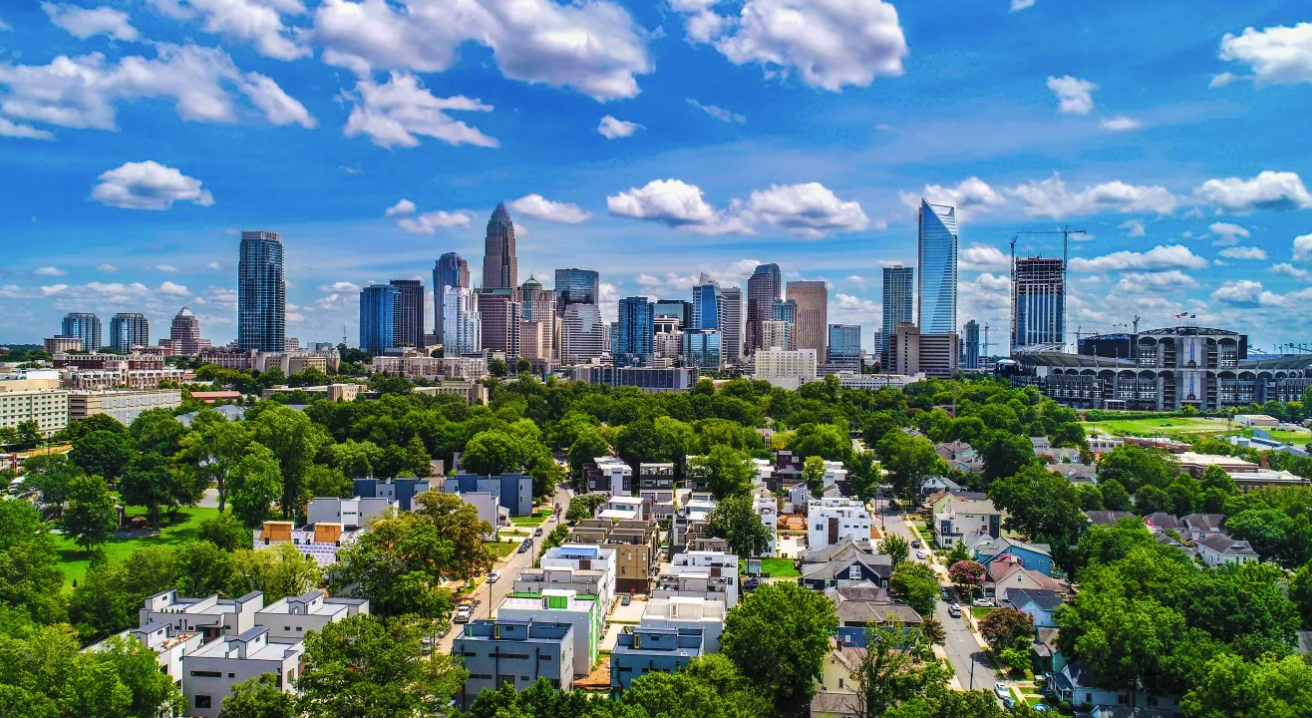 With a population of 874,000, Charlotte ranks as the most populous city in NC and the sixteenth most populous in the U.S. The city is located in the Piedmont region, a plateau region between the Atlantic Coastal Plain and the Appalachian Mountains. Charlotte covers an area of 800.94 square kilometres and sits at an elevation of about 761 feet (232 meters). But does it snow in Charlotte?

Charlotte experiences a humid subtropical climate like most of the regions within the plateau. The weather features a slightly cold winter with hot and humid summers. The city is in the direct path of subtropical moisture from the Gulf of Mexico and therefore receives ample precipitation. Ice storms are a common feature in winter, and they are problematic and hazardous as they often are destructive and pull trees and powerlines down.

When does it snow in Charlotte?

The city has four distinct seasons, and the winter weather mostly begins in November and runs through to March. The annual seasonal snowfall measures 3.5 inches (88.9 mm) in 1.9 snowfall days.

November is usually the beginning of winter in Charlotte, CN. Temperatures record a slight dip from values recorded in October but remain comfortable and well over the freezing mark. The average temperatures in the city vary between highs of 62.9 degrees Fahrenheit (17.2 degrees Celsius) and lows of 39.8 degrees Fahrenheit (4.3 degrees Celsius). Little and sporadic snowfalls in the city, averaging 0.1 inches (2.54 mm) after 0.1 snowfall days.

December is the first month of substantial snowfalls in the city. During the month, average temperatures in the city vary between highs of 54.9 degrees Fahrenheit (12.7 degrees Celsius) and lows of 34.5 degrees Fahrenheit (1.4 degrees Celsius). In December, Charlotte records an average snow accumulation of 0.4 inches (10.16 mm) after 0.3 snowfall days.

January marks the peak of the winter weather in Charlotte, NC and is also the coldest and cloudiest month in the city. Temperatures vary between highs of 52.3 degrees Fahrenheit (11.3 degrees Celsius) and average lows of 31.8 degrees Fahrenheit (-0.1 degrees Celsius). The occasional freezing temperatures lead to increased snowfall, and the city averages 1.6 inches (40.64 mm) of snow after 0.9 snowfall days.

The winter conditions in February are slightly the same as those in January. The temperatures in the city are tolerable and range from highs of 56.6 degrees Fahrenheit (13.7 degrees Celsius) to lows of 34.9 degrees Fahrenheit (1.6 degrees Celsius). Charlotte records a snow accumulation of 1.1 inches (27.94 mm) during the month after 0.5 snowfall days.

March is the last month of measurable snowfall in Charlotte, signifying the end of winter in the city. As the city prepares to welcome the spring season, temperatures rise considerably and range from highs of 64.2 degrees Fahrenheit (17.9 degrees Celsius) to lows of 41.2 degrees Fahrenheit (5.1 degrees Celsius). The city records a snow accumulation of 0.3 inches (7.62 mm) during the month after 0.2 snowfall days.

Where does it snow in Charlotte?

Snow falls pretty even across the city, and the little snow quickly melts away, thanks to the city’s warm temperatures.

The city does not have conducive terrain for skiing but is close to the world-class skiing areas of NC. Here are some of the ski resorts near Charlotte.

Sugar Mountain Resort is located 117 miles away from Charlotte, a little over a two-hour drive from the city. The resort offers many snow activities, including skiing, snowboarding, tubing, and ice skating. Skiers enjoy 125 acres of skiable terrain with 21 slopes and eight lifts.

Sugar Mountain has a summit of 5500 feet and a vertical drop of 1200 feet, the largest in the North Carolina Blue Ridge Mountains. The resort receives about 78 inches (1981.2 mm) of snow during the winter period.

Cataloochee is in southwestern NC, 156 miles away from Charlotte. The resort has 18 trails divided into 44% beginner, 39% intermediate, and 17% advanced. The resort’s summit elevation is 5400 feet (1646 meters), and the vertical drop measures 740 feet (226 meters). Tourists access the slope using three chairlifts.