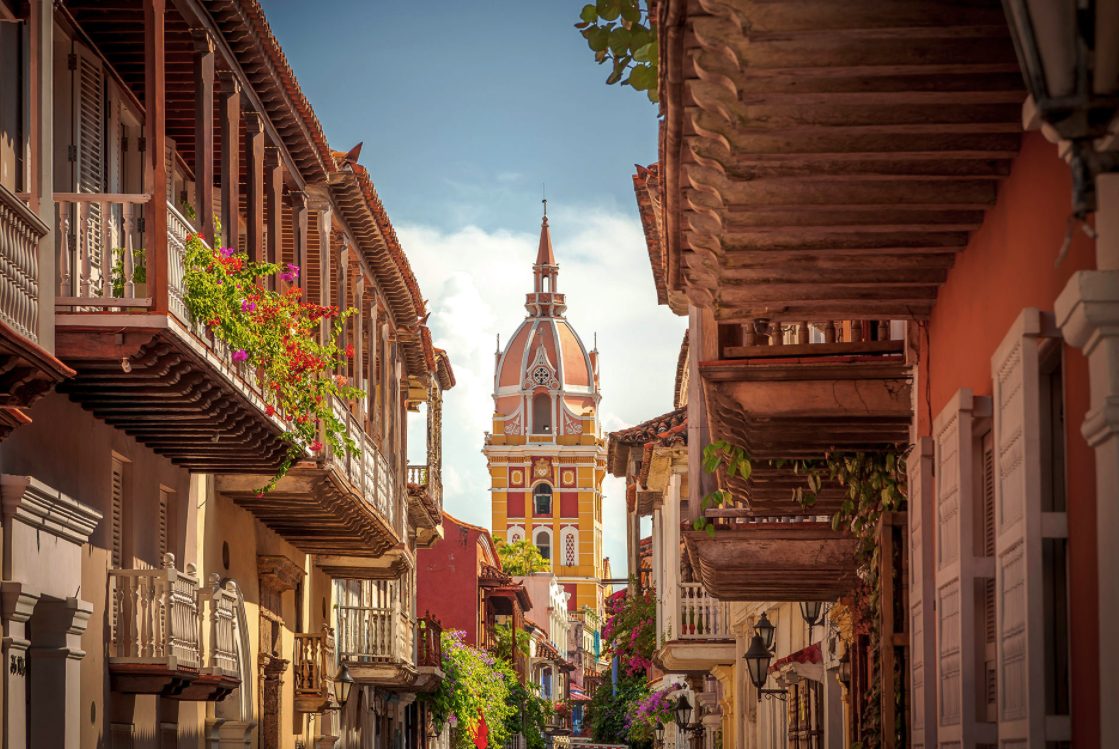 Colombia is a country located near the equator in South America. It spans an area of 1,418,748 square kilometers and has a population of about 50 million people. Due to its expansive landmass, Colombia experiences different types of climate. Areas such as the Amazon river basin experience tropical rainforest climate, while high altitude areas experience tropical mountain climates. Does it snow in Colombia?

Colombia has no well-defined climatic seasons as weather conditions have little to no variation throughout the year due to its proximity to the equator. The conditions are more or less dependent on the altitude a location is on. Generally, temperatures in Colombia drop with an increase in altitude; hence lowlands experience higher temperatures than regions of higher elevations. It does not snow in Colombia, but snow is often seen on mountain peaks in high-altitude areas.

When is there Snowfall in Colombia?

January is the coldest month in Colombia. High altitude areas such as Popayan, at 6,500 feet (2000 meters) above sea level, experience mild temperatures that average a low of 49.6 degrees Fahrenheit (9.8 degrees Celsius).

As altitude increases, precipitation amounts reduce. For instance, Bogota, which is 8,660 feet (2640 meters) above sea level, despite recording precipitation for 223 days in a year, receives a meager total rainfall of 40 inches (1000 millimeters) a year.

Mountain peaks that sit 15000 feet and above are snowcapped throughout the year. Winds and overcast skies are a common occurrence at this altitude.

Where does it Snow in Colombia?

Bogota is the capital and the biggest city in Colombia. It sits at 8,660 feet (2640 meters) above sea level and occupies an area of 1587 square kilometers.

Bogota experiences dry and rainy seasons, with the dry months falling between December and January and between July and August. The lowest temperatures in Bogota are experienced in January.

In the dry months, Bogota records average precipitation of about 2.1 inches (53.34 millimeters).

Salento is a town in Colombia that sits at an altitude of 6217 feet (1895 meters) above sea level.

The coldest month in Salento is November, with an average low temperature of 52.2 degrees Fahrenheit (11.2 degrees Celsius). It does not snow in Salento despite its proximity to the snow-capped peak of Nevada del Quindio.

Popayan is a city located between two mountain ranges in southern Colombia at an elevation of 1760 meters above sea level. It has a population of about 320,000 people in an area of 483 square kilometers.

Popayan has a sub-highland tropical climate with high precipitation. Temperatures in Popayan average lows of 55.6 degrees Fahrenheit (13.1 degrees Celsius) throughout the year.

With its low elevation, it is no surprise that it does not snow in Popayan.

Skiing and Colombia in the same sentence might leave a bitter taste in the mouths of winter sports enthusiasts. The skiing scene is almost non-existent in Colombia, let alone a skiing resort.