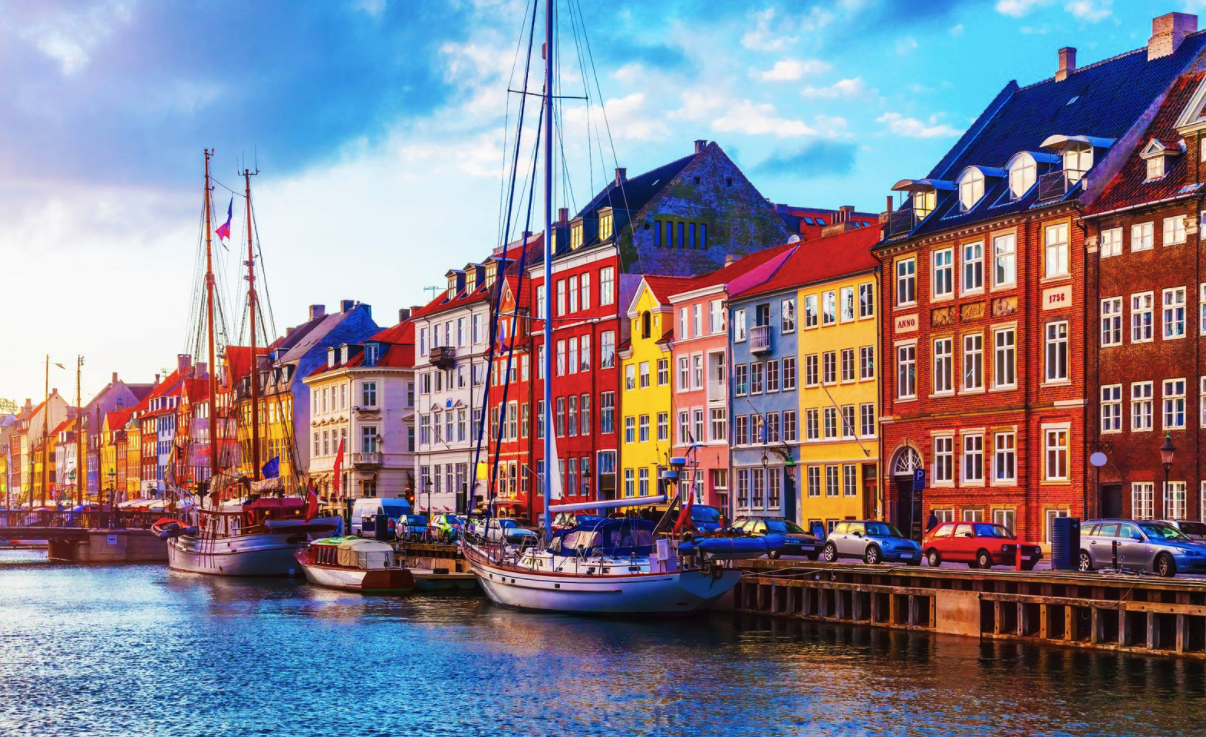 Does It Snow In Denmark?

Denmark is a Nordic country situated in Northern Europe.  Nestled between the Baltic Sea and the North Sea, the country is recognized for its beautiful beaches, fjords, and rolling plains. The country’s climate is cold during winter and mild during summer, influenced by the Atlantic Ocean.

Denmark is small and flat, thus there are few climatic differences from one region to another. However, the Jutland peninsula’s western coasts are milder and receive more wind and rain than other parts of the country.

Winters are very cold in Denmark, not because of heavy snowfall or frosts, but because of high relative humidity levels and squally westerly winds.

Due to its location in the Scandinavia south and the influence of the Gulf Stream, Denmark winters receive smaller snow amounts compared to its Nordic neighbors. Snowfall starts to show up from late November to the early days of April.

The country sees snowfall for about 20 to 25 days of approximately 6 inches (152 per year, with January and February being the snowiest months.

Average winter temperatures, especially for the coldest months – January and February – are just above freezing point, that is, 32 degrees Fahrenheit or zero degrees Celsius. The days are short (the sun sets at 3 pm in December), with slight temperature fluctuations between day and night.

Winter is a bit milder, with minimum temperatures around freezing on the western coast and small islands. Also, sunshine is insufficient during this season, the winds might be intense, and rainfall is quite frequent, though usually not abundant.

It does snow at Christmas in the country, but if you really want to experience the real winter wonderland adventures in style, Denmark is the place to be.

Temperatures continue to decrease in January to lows of 28°F (-2°C). This month receives heavy amounts of snowfall and is also the coldest month in Denmark. Plus, expect about 15 days of rainfall while in the country.

February is the last winter month with temperatures ranging between lows of 28.6°F (-1.9°C) and highs of 37°F (2.8°C). The month also snows and rains heavily up to highs of 2 inches (50 mm) of rain. Be sure to wear a warm winter jacket and other essential clothes while in Denmark during this time of the year.

Snow in March and April

March is the first month of spring when temperatures start to increase from wintry 31.3°F (-0.4°C) up to 50.4°F (10.2°C) in April. These two months see small amounts of snowfall which continues to decrease as April ends.

Where is there snowfall in Denmark?

The thing with snowfall in Denmark is that it doesn’t snow very much as it used to, even when the days are pretty cold. However, you can enjoy snowfall in some rural areas and landscapes, with Copenhagen being the snowiest place.

Copenhagen, the capital and most populous city of Denmark, has comfortable and partly cloudy summers, but winters are long, extremely cold, windy, and cloudy most of the time.

Snow usually starts to fall in late November up to early April in Copenhagen. January is the coldest and snowiest month in the city, and on average, it snows for 21.5 days throughout the year. It rains for about 157 days, and 20.7 inches (525 mm) of precipitation is accumulated.

Even though it has a flatter landscape, Denmark is home to many ski resorts and other snow activities in winter.

Hedelands is excellent for skiing and snowboarding as it offers about 0.5 km of slopes and 3 lifts to transport guests. Also, Its the largest ski resort in Denmark with elevations between 33 and 78 m.

It has family-friendly locations and beautiful views as you go down the slopes. When winter approaches and snow starts to fall, you need to be ready.

Copenhill or Amager Bakke ski resort opens during the winter. It offers a wide range of activities, including hiking, skiing, running, and tobogganing. Even better, it has a rooftop bar, 85 m high climbing walls, 490 m long hiking and running trails. Also, it has a café to warm up and energize your body for the rest of the day.

Østerlars or Bornholm ski resort is a perfect place for skiing enthusiasts who want challenging slopes. The resort is great for family or group skiing and lets you film your activities on a video camera to surprise your friends and sharing on social media.

Expect up to 0.7 km slopes, 2 lifts for commuting, and elevations between 72 and 110 m. Plus, be ready to enjoy and experience winter sports activities while in Østerlars.

And that’s it! Denmark’s winter wonderland awaits you! Get to experience this beautiful country from its picturesque houses, Christmas markets to snow-covered castles and mountains.