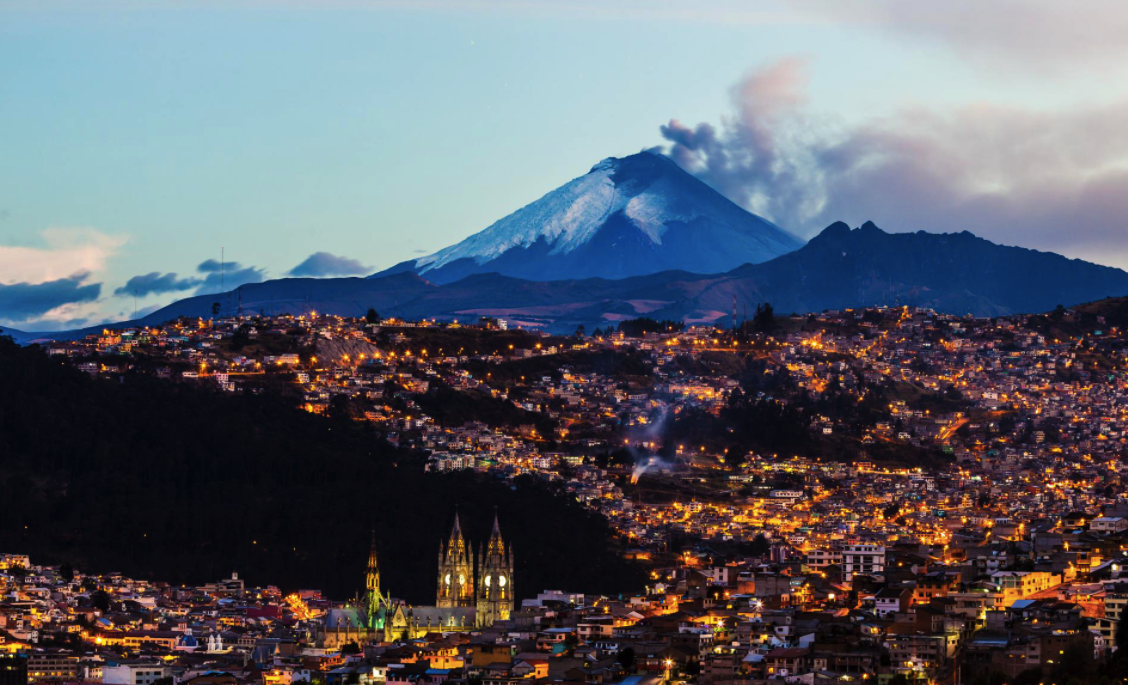 Does It Snow In Ecuador?

Ecuador is a South American country that shares borders with Colombia and Peru. With a tropical climate, Ecuador can generally be classed as warm and wet – although conditions vary depending on region and elevation. Owing to the high temperatures experienced across much of the country, snow only falls on Ecuador’s mountain tops.

Where is there Snowfall in Ecuador?

The seasons in Ecuador can broadly be divided into the dry season (between June and September) and the wet season (from October to May). Give the year-round ambient temperatures, snow is almost unheard of across the vast majority of Ecuador’s landmass. Even at higher altitudes into the Andes, it is simply too warm for snow to form and fall.

The only glimpse of snow travelers can look forward to is at the peaks of Ecuador’s highest mountains. At over 20,000 ft (6,096 km) above sea level, the summits of these mountains are capped with snow throughout the entire year.

Can you ski in Ecuador?

Given the lack of snow across Ecuador, winter sports are not on the agenda for most travelers to this South American gem. Despite this, adventurous skiing enthusiasts have been known to rough ski from the peak of Cayambe, the nation’s best known ‘ski mountain’ and a volcano that sits at 18,996 ft (5.7 km) high.