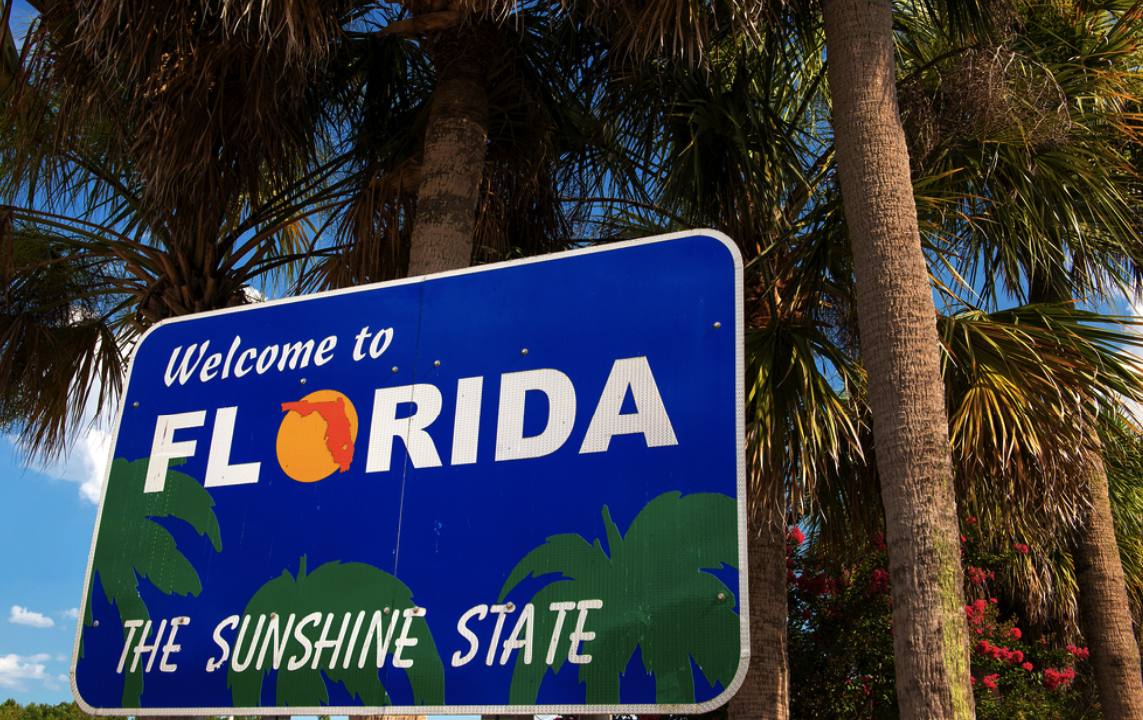 Does it Snow in Florida?

With a population of more than 21 million people in an area of 65,757 square kilometers, Florida is the third most populous state in the United States. The state is located in the southeastern region of the United States and shares borders with Georgia, Alabama, the Gulf of Mexico, and the Atlantic Ocean. The highest point in Florida is Britton Hill at 345 feet (105 meters), while the lowest point is the Atlantic Ocean at 0 feet (meters) above sea level. With such low altitudes, one can’t help but ask, does it snow in Florida?

Florida experiences a sub-tropical climate where winters are mild with cold spells from November through March. The northern and central parts of Florida occasionally see snowfall though frost is much more common during winter, which lasts from December to February.

When does it Snow in Florida?

Florida experiences its rare snow mostly during the winter months, i.e., December, January, and February. Frost and fog are also common during these months in the northern parts of the state.

Read on to find out more about the snowiest months in Florida:

Snow occasionally falls in the northern regions, but frost and fog are more frequently experienced. The southern regions don’t even see the rare snowfall.

It snows in the northern areas, with places such as Madison experiencing snow for 0.1 snowfall days and Niceville recording up to 0.04 inches (1 millimeter) of snow.

Snow is so scarce during this month that only a few areas in the north are lucky even to see a flurry of it. Early morning fog, sleet, and frost are common in the northern areas when cold winds grace the lands as they pass.

Where does it Snow in Florida?

Snow in Florida mostly falls in the northern regions and Jacksonville area. The southern regions rarely experience snow due to their warm temperatures and lower altitudes.

Here is a breakdown of the snowiest places in Florida.

Tallahassee is the capital of Florida. It spans an area of 268.57 square kilometers and has a population of 181 376 people.

Tallahassee has a subtropical climate where winters are mild and short. The coldest month in Tallahassee is January, with an average low temperature of 43.3 degrees Fahrenheit (6.3 degrees Celsius).

The city sees snow in January and February for 0.2 snowfall days.

With an area of 2,265.39 square kilometers and a population of 821,784 people, Jacksonville is the largest and most populous city in Florida.

Jacksonville experiences the same weather conditions as those in Tallahassee. It has a humid subtropical climate with warm to moderate dry winters. January is the coldest month with an average low temperature of 47.8 degrees Fahrenheit (8.8 degrees Celsius) during the day, though these temperatures drop to subzero degrees at night. The city records snow in December for 0.1 snowfall days.

Niceville is a city in Florida that sits at 36 feet (11 meters) above sea level and spans an area of 29 square kilometers. The city has a population of more than 16,000 people.

It snows in Niceville in January and the city accumulates up to 0.04 inches (1 millimeter) of snow over a span of 0.1 snowfall days.

Crestview is a city in Florida that sits at an altitude of 235 feet (72 meters) above sea level. It covers an area of 42.25 square kilometers and has a population of 20,978 people.

The city has a subtropical climate. The coldest month is January, with an average low temperature of 43.3 degrees Fahrenheit (6.3 degrees Celsius).

Snow falls in the months of January, February, and December for a cumulative 0.6 snowfall days.

Miami is a city in Florida with an elevation of 6 feet (1.8 meters). It spans an area of 145.23 square kilometers and traverses through the plain between Everglades and Biscayne Bay. It has a population of about 400,000 people, making it one of the most populated cities in Florida.

Miami experiences a tropical monsoon climate where winters are warm. It, therefore, does not snow in Miami due to the high temperatures experienced during winter. The coldest month is January, with an average low temperature of 65.1 degrees Fahrenheit (18.4 degrees Celsius).

Although it does not snow in Miami, Miami receives large amounts of precipitation in the form of rainfall.

Florida has a thriving ski scene with a picturesque indoor ski resort, which makes it an excellent destination for winter sports enthusiasts. The state has about 0.1 kilometers of slope available for skiing and snowboarding.

WinterClub Ski resort is an indoor skiing center located in Orlando and features two indoor ski slopes measuring a total slope length of 0.1 kilometers.  The slopes have beginner-level difficulty for snowboarding and skiing.