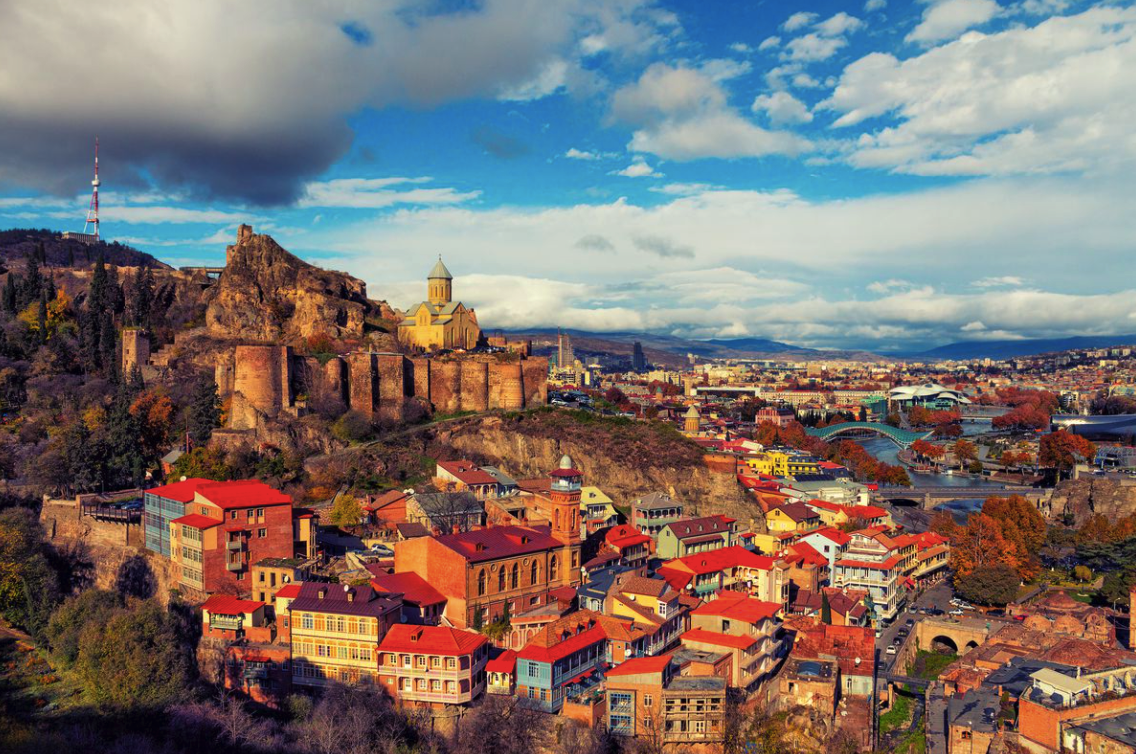 Does it Snow in Georgia?

Georgia, also known as the Peach State, is a state located in the southeastern region of the United States that is famous for the production of peaches and onions.  It covers about 57,906 square miles (149,976 square miles) and ranks as the 24th largest state in the country. Georgia’s highest point is Brasstown Bald, at an elevation of 4784 feet (1458 meters) above sea level, while its lowest point is the Atlantic Ocean to the state’s southeast. So, does it snow in Georgia?

Most parts of Georgia experience a humid subtropical climate bar the highest elevations to the north that witness a mountain-like climate. Precipitation is widespread, brought about by moist winds from the Atlantic and the Gulf of Mexico. Tornadoes and tropical cyclones are common in this state. It snows in Georgia during winter, though the snowfall is light and unevenly distributed throughout the state.

When does it snow in Georgia?

In the mountainous regions of Georgia, snowfall starts as early as September. However, whole-fledged winter does not kick in till later, running from December through to February in the other parts of the state. Temperatures are cold and often hit the freezing point during this period.

December is officially the first month of winter in Georgia. Temperatures fluctuate between highs of 55 degrees Fahrenheit (13 degrees Celsius) and lows of 36 degrees Fahrenheit (2 degrees Celsius). December is usually the first-time various cities in Georgia get snow, and a place like Atlanta receives 0.12 inches (3 millimeters) of snowfall after recording an average of 0.3 snowfall days.

January is the coldest month of the year in Georgia. Occasionally temperatures dip below sub-zero temperatures at night. Temperatures typically vary from highs of 52 degrees Fahrenheit (11 degrees Celsius) to lows of 34 degrees Fahrenheit (1 degree Celsius). Snow is witnessed at various parts of the state due to the numbing temperatures, with places like Atlanta and Athens receiving 0.16 inches (4 millimeters) of snow over 0.6 snowfall days.

Where does it snow in Georgia?

Snow is more prevalent in the northern parts of Georgia as compared to other parts of the state. With that said, here is a breakdown of some of the places you should visit if you want to experience snowfall while in Georgia.

Atlanta is the capital and most populous city in Georgia, with an estimated half a million people within its boundaries. The city sits at a high elevation of 738 feet (225 meters) to 1050 feet (320 meters) above sea level and, as a result, experiences 48 days in which temperatures crack the freezing mark. Despite this, Atlanta only witnesses an average of 2 snowfall days per year and accumulates up to 2.9 inches (73.7 millimeters) of snow throughout the whole winter season.

Athens, nicknamed the Classic City, is located 70 miles northeast of downtown Atlanta. It is a city famous for being home to some top-charting bands such as the B-52s. January is the coldest month in Athens. During this time, temperatures vary from highs of 54.7 degrees Fahrenheit (12.6 degrees Celsius) to lows of 33.8 degrees Fahrenheit (1 degree Celsius). Athens sees an average of 2.9 snowfall days and collects up to 2.9 inches (74 millimeters) of snow throughout the year.

Blairsville is a city located on the northern border of Georgia. It is a small city both in terms of size and population as it has an area of 2.785 square kilometers and a population of 724. Like in Athens, January is also the coldest month in this city, with temperatures fluctuating between highs of 49.4 degrees Fahrenheit (9.7 degrees Celsius) and lows of 25.4 degrees Fahrenheit (-3.5 degrees Celsius). On average, Blairsville experiences 13.8 snowfall days throughout the year and accumulates 6.06 inches (154 millimeters) every winter.

Dalton is a thriving city built on the foothills of the Appalachians Mountains in northwestern Georgia. This city is known for the widespread production of carpets, which earned it the moniker World’s Carpet Capital. On average, winter temperatures in Dalton oscillate between highs of 50.1 degrees Fahrenheit (10.1 degrees Celsius) and lows of 30.1 degrees Fahrenheit (-1.1 degrees Celsius). Throughout the year, Dalton records 70.1 days in which night temperatures crack the freezing point, a statistic that may fool you to believe it snows a lot in this city. This is not the case, though, as the city only manages to collect 2 inches (51 millimeters) of snowfall annually.

It may come as disheartening news to the winter sports enthusiasts that Georgia has no notable skiing resorts. However, there is nothing to worry about as some world-class resorts in nearby Tennessee, Alabama, and North Carolina state. Therefore, winter activities are very much within reach, provided you are willing to drive to the areas mentioned above while you are in Georgia. The closest ski resort is Ober Gatlinburg, located in Ski Mountain Road, Tennessee. Ober Gatlinburg features a summit that is 3300 feet (1006 meters), ten ski trails, a vertical drop of 600 feet (183 meters) and other many activities.

Wolf Ridge Ski resort is a little further, tucked away in Mars Hill, North Carolina. It features 15 Ski trails, a terrain park and ski lessons for beginners. Beech Mountain Ski resort is furthest from Atlanta, but the trip is worthwhile! It features the highest ski area in the eastern part of the U.S., with peak elevations of 5506 feet (1678 meters), a vertical drop of 830 feet (253 meters) and 16 trails.