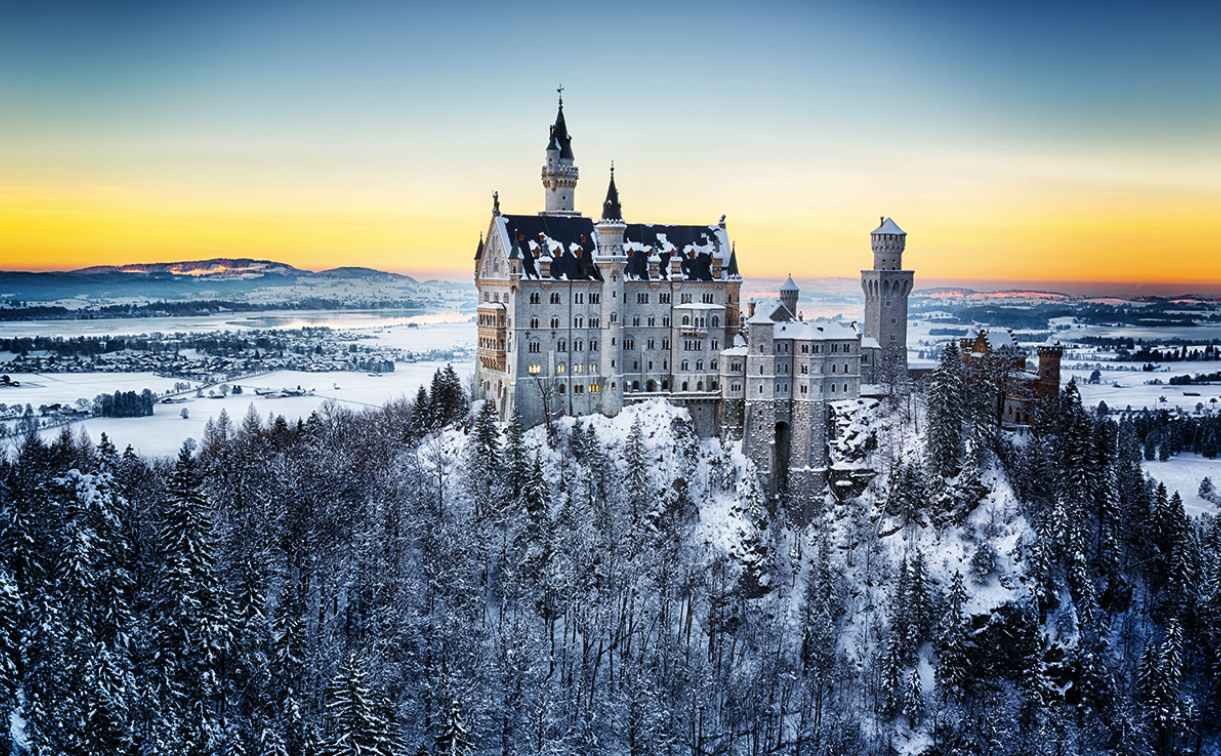 Does It Snow In Germany?

A country known for its rich history if not its famous machines, food, and deep-rooted culture. It’s no surprise that this country sharing a border with 12 countries would intrigue anyone. Travel enthusiast or not, you have to admit that this famous European country has caught your eye. But does it snow in this Bavarian country?

During winter, most regions in Germany get to experience high levels degrees of snow.

Germany’s highest point is 2963 meters which is the summit of Zugspitze on the Alps mountains, and its lowest point is at sea level at the North Sea and Baltic sea.

Where Does It Snow in Germany?

The possibility of snowfall in Germany rises as altitude increases when moving towards the south, where the Alps is located. Cities like Dusseldorf and Cologne experience warmer temperatures compared to the capital city Berlin and Munich, which are in high altitude areas of southern Germany.

The lush, picturesque landscape of Germany becomes more animated once laden with ice. Sporting events such as ice skiing, snowshoeing, snow hiking, and even paragliding occur in high altitude areas.

The capital of Germany sits on an 891.8 square kilometers area and has an elevation of 34 meters. It experiences snowing, which is dependent on the prevailing air currents. It experiences an average of 27.7 snowfall days per year.

Warm Atlantic Ocean currents cause the temperature to rise to 100 C. These currents play a crucial role in keeping the earth’s climatic system in check. They help to alter weather patterns. They bring warm moist air, which condenses to form rain on meeting the colder air regions.

Masses of air from Russia cause snowfall for prolonged periods as they lower the temperature further below the freezing point to even -4°F (-20°C). It only rains and gets windy when the Atlantic currents blow, and front and snow are experienced when the cold air masses from the Russian side blow.

The most chilling month in Berlin is January where the temperatures can strike 28.6 °F(-1.9°C). The snow can even reach 4.8 inches (122mm) during this period.

Nuremberg is a rich historical town boasting of landmarks such as Walled Old Town and the Imperial Castle.

Perched at an altitude of 300m above sea level, Nuremberg served as the German Empire’s purse during its time.

During winter, the temperatures might drop to -3°C. On average, snow falls in Nuremberg 30.8 days a year, accumulating to 8.78 inches (223mm) of snow.

Sitting between River Isar and the Alps is a 310.4 square kilometers area with an altitude of 519 meters called Munich. Its proximity to the Alps indicates that the city is hit mainly by cold air masses, making it the coldest city in Germany, with temperatures almost hitting -30C in January and February.

Snowfalls often in Munich, mostly occurring as light snow, which can sometimes be in larger quantities, accumulating to depths of

When Does It Snow In Germany?

This month is the beginning of cold winter in Germany with sunlight experienced for only 1 to 2 hours daily in the whole country. There is substantial snowfall in the and occasionally in the plains. In Kiel, in the north, the temperature ranges from 33.1°F(0.6°C) to 41°F(5°C) with most nights being below freezing temperatures. The temperature in the south, on the other hand, ranges from 30°F (-1.1°C) to 37.9°F (3.3C).

January is the snowiest and coldest month of Germany, with little sunshine or warmth throughout the country. In the North, Hamburg, the temperature averages between 30°F(-1.1°C) to 39°F(3.9°C) with sunshine being experienced for barely 2 hours. In the capital Berlin, it is wet and cloudy with temperature between 29°F(-2.2°C) to 37°F(2.8°C).

This month is typically cold and wet, with the best sunshine hours in winter. Zugspitze registering temperature of between 23°F (-5°C) to 39°F (3.9°C). The slopes see between 3-4hours of sunshine daily.

The country is snow for low mountains, which scale up in altitude and join with the Alps towards the south and Zugspitze, which is the highest altitude in Germany, at the Austrian border. Although it does not have the glorious skiing areas like you would find in Austria, it boasts aesthetically pleasing views of its magnificent splendor.

Arbor is one of Germany’s best skiing resorts. The resort is located on Große Arber – the highest mountain in the Bavarian forest. It has many slopes, totaling 11.5 kilometers, which makes it possible to have different difficulty levels. The easy slope stretches 4.5 kilometers, the Intermediate covers 4 kilometers, and the problematic run spans 3 kilometers. In addition to skiing, it also offers gondola rides that carry six passengers at a go, a fun park and chairlifts that take six people. It boasts of flood-lit slopes.

It also has a children’s skiing area where children can race each other in a world cup setup for children.

It is located on the Allgäu Alps and spans a 4.5 kilometers slope. It can accommodate all difficulty levels and provides a picturesque view of its surroundings. On top of regular skiing, it offers double chair skiing and has a 2493 feet descent.

This Olympic hosting site possesses a span of 40 kilometers run of slopes with all difficulty levels taken care of. It covers three mountains leading up to Zugspitze summit at 9718 feet. Its longest run has an elevation of 1310 meters and covers a length of 8.8 kilometers.