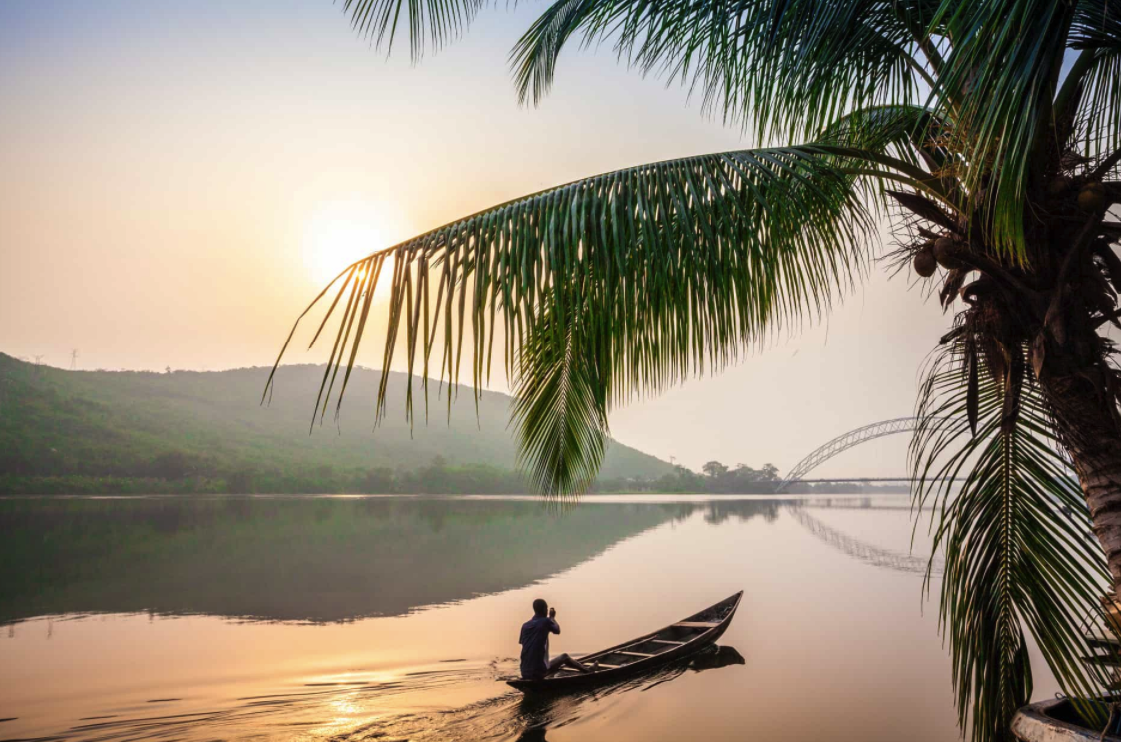 Touted as the first country to achieve independence in Africa, Ghana has never shied from being a leader. Ghana not only ranks as the leading cocoa producer in the world but also doubles as home to the world’s largest artificial reservoir in terms of volume. The country stretches from the border of Burkina Faso in the north, traverses a rich scenic hinterland and ends in the waters of the Atlantic Ocean. It is the second-most populous country in West Africa, with a population of 31 million people. The territory of Ghana covers an area of 238,535 square kilometers.

Ghana has two climatic seasons; the wet and the dry season. The climate is predominantly tropical, characterized by a slight variance in temperature. The wet season runs from March through to November, peaking in June and July. The average temperatures in Ghana are 86 degrees Fahrenheit (30 degrees Celsius) during the day and 75 degrees Fahrenheit (24 degrees Celsius) during the night. It does not snow in Ghana due to its position within the tropics since temperatures are never optimal for snow formation.

The wet season takes place from March to November.

Heavy rain during the afternoons is a common occurrence during this season. The most precipitous month is June, with a cumulative 8.28 inches (210.4 millimeters) of precipitation being recorded. Thunderstorms and overcast clouds are a common sight, especially from July to September.

Ghana does not experience snow and therefore does not have ski resorts. Despite the lack of winter sports activities that might disappoint winter sports enthusiasts, Ghana has a spectacular landscape and diverse places of interests. The country is home to exotic wildlife, beautiful beaches and the majestic Mole National Park, to name but a few.

On your visit to the country, you will also get to relish the vibrance of Accra’s nightlife.  With it being considered one of the safest cities to live in, Accra is a haven for many travel lovers.