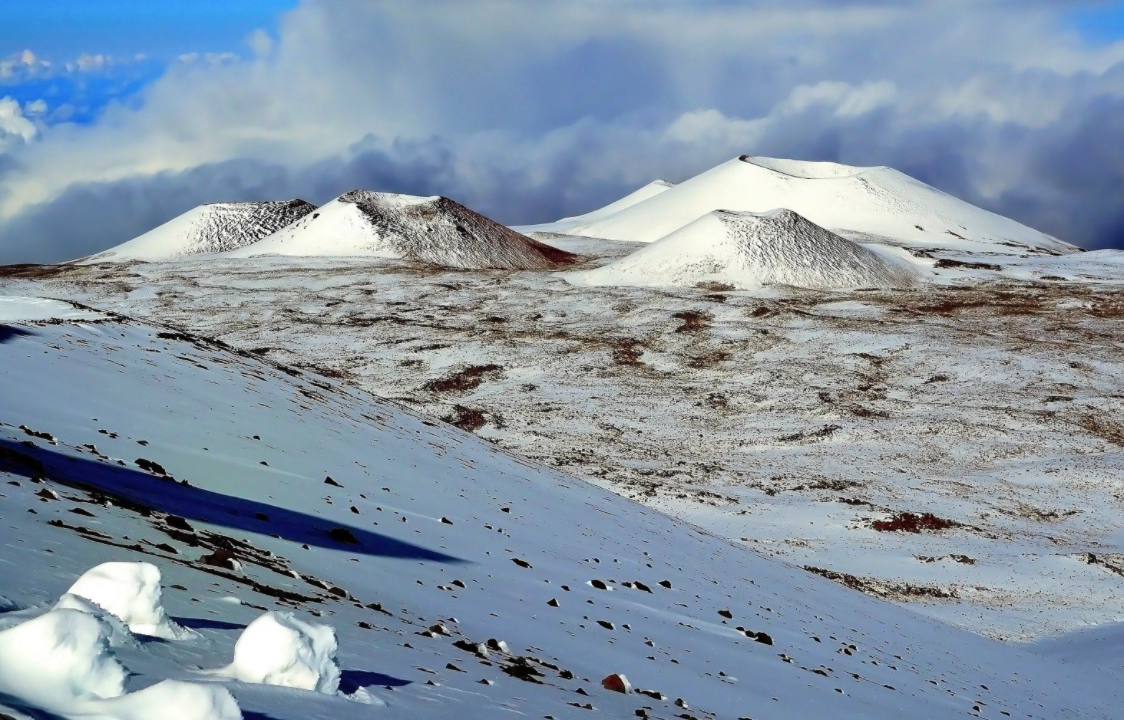 Hawaii is a state in the US that has a lot of islands and known for its tropical weather. For people who aren’t familiar with, or have never visited Hawaii, it has always been a mystery whether it snows.

During winter (Hawaii’s rainy season), the islands and other areas with 9000 feet elevation and below, experience fog and mist instead of snow. Only the three parts with 10,000–13,000 feet elevation receive snows.

When does it snow in Hawaii?

Snow falls on the three mountains of Hawaii any time during the year, especially during July, April and October and mostly during the wet season (the wet season is a part of winter, and runs from December to February). The Winter season is from October and April. During the winter period, temperature decreases below 50°F (18°C) in the islands and the peak of the mountain’s temperature drops below its freezing point.

The peak of the mountains gets filled with 2-8 inches (50.8—203.2mm) of snow each year and sometimes, they get hit by a snowstorm, which makes it unsafe for humans.

Where is there Snowfall in Hawaii?

Not all parts receive snow in Hawaii and snows falls on the peak of the tallest mountains in the country. The mountains, namely Mauna Loa, Mauna Kea and Haleakala, having a peak of over 13,000, 13,000 and 10,000 feet. They receive snows yearly and they stay on the ground for some days.

Snow is common in the three volcanic mountains during the winter, but sometimes, Mauna Kea gets snow during the dry season and summer.

Mauna Kea, the highest volcanic mountain in Hawaii, is known for a lot of non-seasonal snow because its peak is literally in the clouds. As long as ice crystals are present in the clouds and the atmosphere is cold, it snows in Mauna Kea.

The frequent occurrence of snow in Mauna Kea earned it a nickname “White mountain.” The temperature on the mountain is always above the freezing point.

However, skiing is possible on Mauna Kea, but dangerous and not shouldn’t be an option for you if you are not a professional skier.

Mauna is the largest active volcanic mountain in the world, with over 13,000 feet above. Its size earned it the nickname “long mountain.”

Snows that drop from the mountain melt because of the heat from the volcano and the roads to the top of the mountain are likely to have been ruined by lava flows.

With height, Haleakala is the lowest mountain in the lists of mountains that snow falls on. Its low elevation makes it less likely to receive snows every year. However, it received snow in February 2018 and unlike Mauna Loa, there is a way to the top of the mountain.