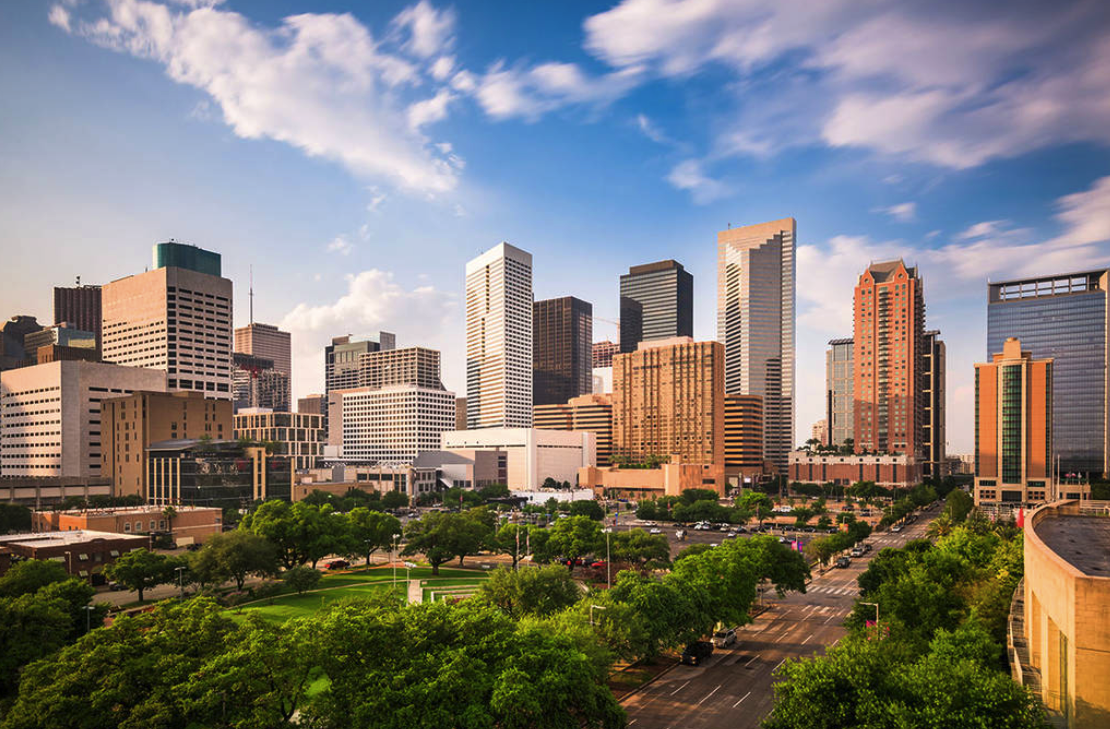 Does it Snow in Houston?

Houston is a city in the United States’ state of Texas known for its extensive energy industry, magnificent space exploration centers, and world-class culture. Several large parks, such as the Memorial Park, Hermann Park, and the George Bush Park found in the city, serve to enhance its charm and appeal to travel enthusiasts. Houston is the eighth most expansive city in the United States, covering an area of 1651 square kilometers. It is also the fourth most populous city in the country, with a population of 2.3 million people. But does it snow in Houston?

Houston has a subtropical climate where winters are mild, dry, and temperate. The weather conditions are affected by cold fronts, which move southwards and bring about cold rain, low wind chills, and frozen precipitation (although rare).  Snowfall is rare in Houston, with only a few inches of snowfall being recorded annually.

When does it snow in Houston?

The winter period in Houston takes place from December through February. During this period, overcast skies, rain, and wind are frequent occurrences. Temperatures are mild and pleasant during the day but drop to near freezing point at night.

Despite January being the middle of winter in Houston, it is common to see people in light clothing as warm and pleasant temperatures. The temperatures range from highs of 61.3 degrees Fahrenheit (16.3 degrees Celsius) to lows of 46 degrees Fahrenheit (7.8 degrees Celsius). Houston sees snow for 0.1 snowfall days and collects up to 0.04 inches (1 millimeter), while it records 11.8 days of rainfall which can aggregates up to 2.13 inches (54 millimeters) throughout the month.

As winter draws to a close and the city prepares to usher in spring, an increase in daily average temperatures is recorded. The temperatures now fluctuate between highs of 65.3 degrees Fahrenheit (18.5 degrees Celsius) and lows of 50.5 degrees Fahrenheit (10.3 degrees Celsius). Given such temperatures, it is no surprise that Houston sees the least snow, and at times, no snow at all in February. Rainfall is the most significant form of precipitation in February, falling for 13.1 days and reaching up to 1.77 inches (45 millimeters).

Where to visit while in Houston

Houston does not have a skiing scene as the snow being received is not enough to set up a ski resort. However, the absence of snow should not make you cancel your visit to Houston, as the city promises you a wide range of activities and attraction sites that will take snow off your mind for a while.

Memorial Park is one of the largest urban municipal parks in the United States. The park spans 5.9 square kilometers and has a golf course and other sports facilities such as tennis, swimming, volleyball, and soccer. It also has an arboretum and a lush botanical garden that will steal your breath.

Houston Museum of Natural Science is located on the northern border of Hermann Park in Houston. The museum comprises a facility with four floors of natural science halls and displays the Burke Baker Planetarium, the Cockrell Butterfly Center, and the Wortham Giant Screen Theatre. The museum has several exhibits that are permanently on display. These include the Foucault pendulum, which demonstrates the Earth’s rotation; Farish Hall of Texas Wildlife showcases animals and wildlife native to Texas; and Lester and Sue Smith Gem Vault, which showcases some of the most exquisite finely cut gems in jewelry.

Space Center Houston is a science museum that acts as the official visitor center of NASA Johnson Space Center in Houston. The museum occupies a space of 23,000 cubic meters and showcases over 400 space artifacts and theatres, focusing mainly on the history of the human spaceflight program. Some of the artifacts found in the gallery include three flown space crafts and rocks found on the moon. The museum also has the Independence Plaza, which contains the world’s only Space Shuttle replica mounted on top of an original shuttle carrier aircraft. Other exhibits include the Saturn V rockets on display at the Rocket Plaza and the Mission Mars exhibit developed by NASA that focuses on future travels to Mars.