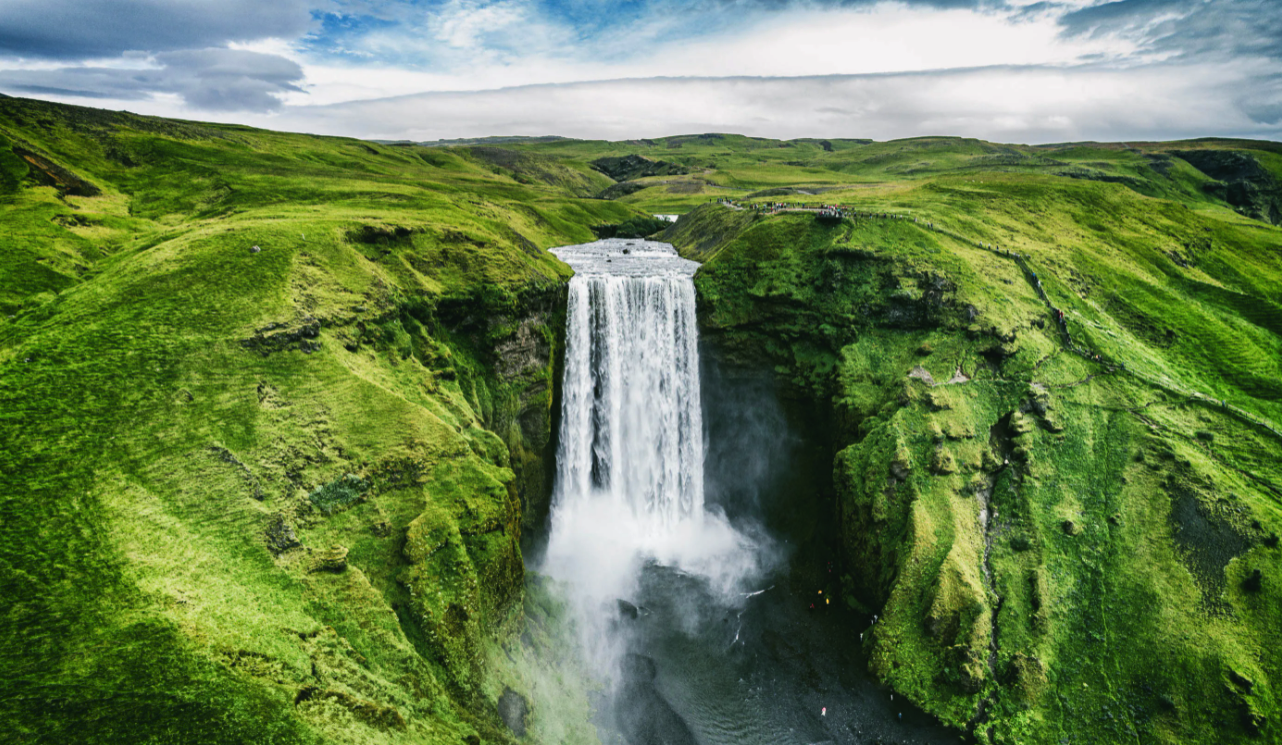 With an expansive area covering 103,000 square kilometers and a population of about 350,000 people, Iceland is the most sparsely populated country in Europe. It is located on an average elevation of 1640 feet (500 meters) above sea level and extends from the Arctic circle in the north through a plateau consisting of lava fields, active volcanic mountains, and glaciers. So does it snow in Iceland?

Iceland experiences a sub-polar climate where winters are long and cold. Winters last from seven to eight months, and throughout the period, heavy snowfall pounds the country. Most snowfall is recorded in the northern parts of the country and accumulations of up to 4.27 meters of snow are not uncommon.

When does it Snow in Iceland?

Contrary to what many people may believe, Iceland is not frozen throughout the year. Outside of the highlands in northern Iceland, snow rarely stays on the ground for longer times.

October is a frosty month in Iceland. The average temperature recorded in Reykjavik is 37.8 degrees Fahrenheit (3.2 degrees Celsius).

Snow falls for 0.6 days in Reykjavik and adds up to depths of 0.12 inches (3 millimeters).

Temperatures in Reykjavik continue to drop, with an average low temperature of 32.9 degrees Fahrenheit (0.5 degrees Celsius) being recorded.

December is officially the first month of winter in Iceland. Reykjavik has an average low temperature of 27.7 degrees Celsius (-2.4 degrees Celsius).

It snows for 6.3 days in Reykjavik and the snow aggregates up to 2.4 inches (61 millimeters).

As the country prepares for spring, temperatures in Reykjavik are still wintry. The average low temperature recorded is 29.7 degrees Fahrenheit (-1.3 degrees Celsius).

It snows for about 6.8 days and an accumulation of 1.7 inches (45 millimeters) is recorded.

Where does it Snow in Iceland?

Reykjavik is the capital and largest city in Iceland. It covers an area of 273 square kilometers and has a population of 131,136 people.

Residents of Reykjavik get to experience snow from October through to May and can witness up to  12.17 inches (309 millimeters) of snow.

Akureyri is a town located in northern Iceland. The town covers an area of 138 square kilometers and has a population of about 18,000 people.

The town experiences most snowfall in December with an accumulation of 19.65 inches (499 millimeters) of snow.

Iceland provides almost 75 kilometers of slope for skiing and snowboarding.

Blafjoll ski resort is located in South Iceland and has 15 kilometers of slope available for skiing and snowboarding. The resort Is served by 15 ski lifts to transport guests.

This resort is located in Northeast Iceland and has 14.9 kilometers of slope available for skiing and snowboarding. It is served by 7 ski lifts for transports guests.