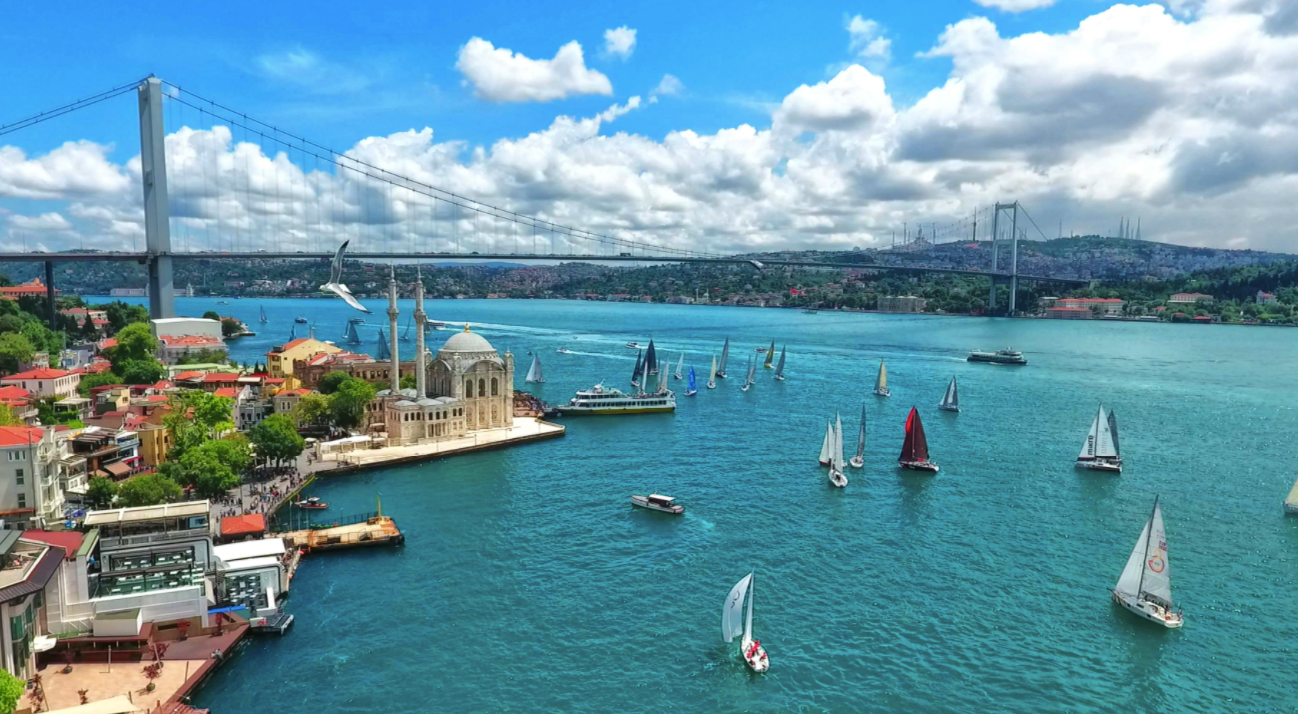 Istanbul is the largest city and former capital of the Republic of Turkey. The city has a population of 15 million, making it the most populous city in Europe. Istanbul is ranked as the fifth most popular tourist destination in the world and recorded 13.4 million foreign visitors in 2018 alone. One of the factors that contribute to Istanbul’s allure is the fact that it is a city of two continents, lying in both Europe and Asia. But does it snow in Istanbul?

Istanbul experiences three distinct climates: a Mediterranean climate, a humid subtropical climate, and an oceanic climate. The city has four different seasons whereby winters are cool and wet while summers are warm and dry. Due to its proximity to the Meditteranean Sea, the Dead Sea, and the Sea of Marmara, Istanbul experiences lake-effect snow, resulting in heavy snowfall in the city.

When does it snow in Istanbul?

Winter, which starts in December and lasts through to February, is a period of substantial snowfall in Istanbul. Varying amounts of snowfall are recorded in different parts of the city during this period. On average, the annual snowfall depth in the city ranges between 1.93 inches (49 millimetres) and 24 inches (600 millimetres) after 7.1 snowfall days.

January is another frosty and snowy month in Istanbul. The month also marks the coldest and snowiest period in the city, with temperatures hovering between highs of 43.7 degrees Fahrenheit (8.5 degrees Celsius) and lows of 41.5 degrees Fahrenheit (5.3 degrees Celsius). In January, Istanbul sees snowfall for 3.7 days, and the snow accumulates to a depth of 0.94 inches (24 millimetres).

February marks the end of winter in Istanbul. Temperatures in the city are still chilly and vary between highs of 49.5 degrees Fahrenheit (9.7 degrees Celsius) to lows of 42.8 degrees Fahrenheit (6 degrees Celsius). The amount of snowfall recorded in Istanbul in February is lower than that recorded in January.  On average, the city records a snow accumulation of 0.59 inches (15 millimetres) after two snowfall days.

March usually marks the first month of spring in Istanbul. It is also the last month of snowfall and cool temperatures in the city. Temperatures across the city vary from highs of 53.2 degrees Fahrenheit (11.8 degrees Celsius) to lows of 45.3 degrees Fahrenheit (7.4 degrees Celsius).  During the month, snow falls on the city for an average of 0.5 snowfall days and accumulates to a depth of 0.12 inches (3 millimetres).

Where does it snow in Istanbul?

Snow falls indiscriminately in Istanbul during winter, but the amount of snowfall varies from one point of the city to another. Some interesting places to witness snowfall in Istanbul include the Crimean Church, Galata Tower, Taksim Square, and Sultanahmet Square.

Istanbul does not have a ski resort within the city or its metropolitan area. This, however, should not bash your hopes of skiing or snowboarding while in Istanbul, as there are several ski resorts within a few miles of the city. Some of the famous ski resorts near Istanbul include:

Uludag Ski Resort is located in Bursa, a few miles from downtown Istanbul. The resort is situated between elevations of 5797 feet (1,767 metres) and 7,618 feet (2,322 metres) and has 28 kilometres of slopes available for skiing and snowboarding. It also has 22 lifts for transporting guests up the slopes. Uludag Ski Resort is usually open from December to March.

Erciyes Ski Resort is located on Mount Erciyes in Kayseri, Central Anatolia.  The resort offers several winter activities, including skiing, snowboarding, and sledging. Erciyes Ski Resort is situated between elevations of 7,217 feet (2,200 metres) to 10,826 feet (3,300 metres) and has 58 kilometres of slope available for skiing and snowboarding. It also has 33 runs that cater to all skiing difficulty levels and is served by 14 ski lifts.