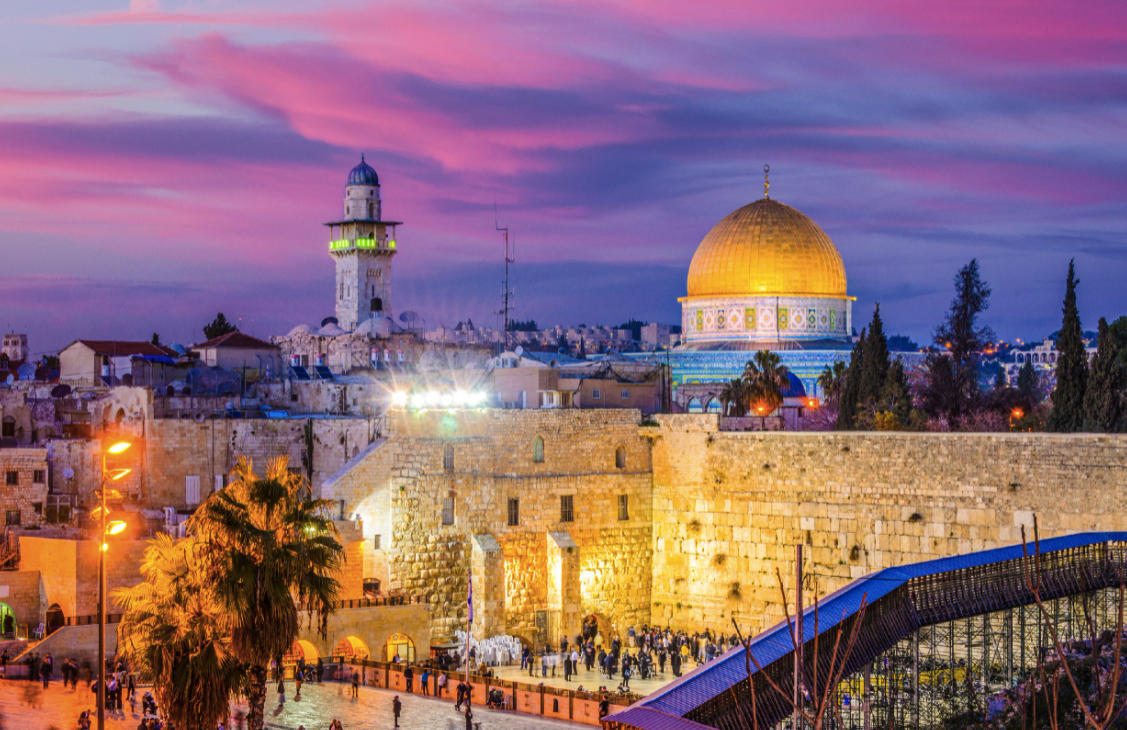 Does it Snow in Jerusalem?

Jerusalem, one of the oldest cities in the world, is Israel’s largest city and capital. The city is located on the Judean Hills of central Israel, sandwiched between the Dead Sea to the east and the coastal plains and the Mediterranean Sea to the west.  Jerusalem is Israel’s most populous city, having over 0.9 million inhabitants. The city sits at an average elevation of 2,500 feet (762 meters) and has its highest point as Mount Zion at 2,510 feet (765 meters). But does it snow in Jerusalem?

Jerusalem experiences a mixed subtropical semiarid climate featuring cool, wet winters and hot, dry summers. Winter in Jerusalem runs from November through March and is characterized by heavy rainfall, mild temperatures, and the occasional snowfall. Heavy snowfall is rare in Jerusalem, falling once every three or four years. Snow flurries, however, are recorded two or three times every winter. Jerusalem witnesses snow for 0.5 snowfall days throughout the year, and the snow often accumulates up to a depth of 0.16 inches (4 millimeters).

When does it snow in Jerusalem?

Snowfall in November and December

Despite being the first month of the long winter season in Jerusalem, no snowfall is recorded in Jerusalem in November.  In December, Jerusalem witnesses a drop in daily temperatures from those recorded in November. Average temperatures for the month range from highs of 64.6 degrees Fahrenheit (18.1 degrees Celsius) to lows of 52 degrees Fahrenheit (11.1 degrees Celsius). Despite the moderately high temperatures, snowfall manages to fall in Jerusalem for an average of 0.1 days, and the snow aggregates to a depth of 0.08 inches (2 millimeters).

During some winters, temperatures in Jerusalem fall below the freezing point.  When this happens, the city is hit by heavy snowstorms, and the snow accumulation in the city reaches several inches. For instance, in January and February 1950, heavy snowfall pelted Jerusalem for several days, and the snow accumulated to depths of 39.37 inches (1,000 millimeters). The latest instance of heavy snowfall in Jerusalem happened on December 13, 2013, when up to 28 inches (700 millimeters) of snow fell on the city.

Jerusalem has no skiing resorts as a result of the city’s high average temperatures and little yearly snowfall. However, winter sports enthusiasts visiting the infamous Holy City can still engage in wintry activities such as skiing and snowboarding in the nearby Mount Hermon Ski Resort. The resort is located in the Golan Heights, 179 kilometers north of Jerusalem, and is Israel’s only ski resort. Mount Hermon ski resorts offer snow enthusiasts 50 days of skiing and snowboarding activities throughout the winter season.