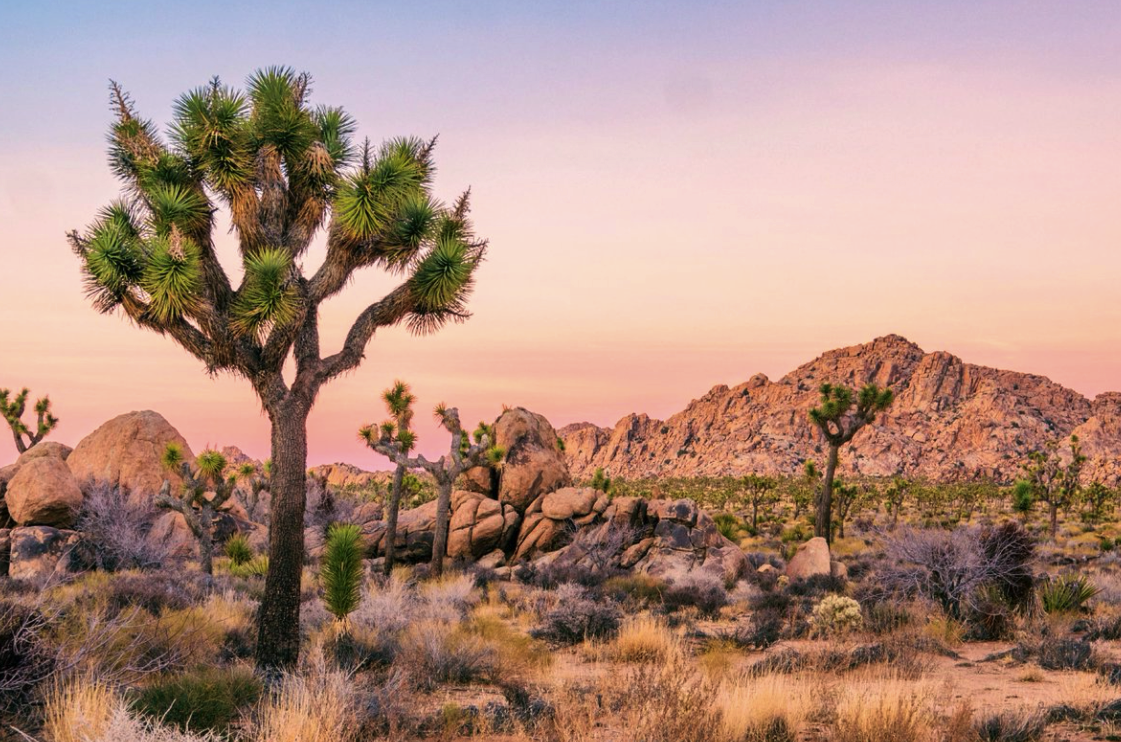 Does it Snow in Joshua Tree?

Joshua Tree is a census–dated place in San Bernadino County, located within California’s High Desert. The area sits on an average elevation of 2,700 feet (820 metres) above sea level and has a population of 10,000 occupying its 95.9 square kilometre landmass. The highest point in Joshua Tree is the Quail Mountain in the Joshua Tree National Park, which sits at an elevation of 5,816 feet (1,773 metres). But does it snow in Joshua Tree?

Due to its location in California’s High Desert, Joshua Tree gets to experience a subtropical desert climate characterized by mild winters and hot summers. Winter in Joshua Tree sets in December and runs through to February. Although Joshua Tree winters are sunny, they are accompanied by light snow showers in the nearby high-altitude areas.

When does it Snow in Joshua Tree?

Snow falls in Joshua Tree from December to February. Throughout this period, Joshua Tree experiences snowfall for an average of 0.7 snowfall days and the snow cover normally aggregates up to a depth of 1.46 inches (37 millimetres).

However, due to the surrounding high temperatures in the region, the snow hardly stays on the ground for long, typically melting within an hour or two.

Relative humidity levels in the area dip slightly and hover around 43% throughout the month. January sees moderate rainfall in Joshua Tree, with rain falling for an average of 3.9 days and aggregating up to a depth of 0.43 inches (11 millimetres) of precipitation.

Despite it being the heart of winter in Joshua Tree, the amount of snowfall recorded in January is significantly lower than that recorded in December. Throughout the month, the area sees snowfall for an average of 0.1 snowfall days, and the snow normally aggregates up to a depth of 0.04 inches (1 millimetre).

February marks the end of the winter season in Joshua Tree.  As the region prepares to welcome the spring season, there is a general increase in daily average temperatures from the values recorded in January. During the month, the average daily temperatures in Joshua Tree range from a moderate-high of 59.7 degrees Fahrenheit (15.4 degrees Celsius) to a moderate low of 44.2 degrees Fahrenheit (6.8 degrees Celsius).

Throughout the month, relative humidity in the region is around 41%, whereas rainfall pelts the area for 3.3 days and accumulates up to a precipitation depth of 0.39 inches (10 millimetres).

Joshua Tree sees snowfall for 0.3 snowfall days in February, and the snow cover normally aggregates up to a depth of 0.35 inches (9 millimetres).

Where does it snow in Joshua Tree?

Joshua Tree has no skiing scenery since the region receives little snow cover which typically melts away within a few hours. The good thing, though, is that Joshua Tree makes up for its lack of skiing scenery with breathtaking scenery dotted by several tourist attraction sites.

Some of the leading tourist attractions in Joshua tree are the Joshua Tree National Park and the Integration, a structure claimed to be capable of rejuvenation, time travel, and even anti-gravity. Other tourist attraction sites worth visiting while in Joshua Tree include the Sound Bath, the Arch Rock, and the Noah Purifoy Outdoor Museum of Assemblage Sculpture.