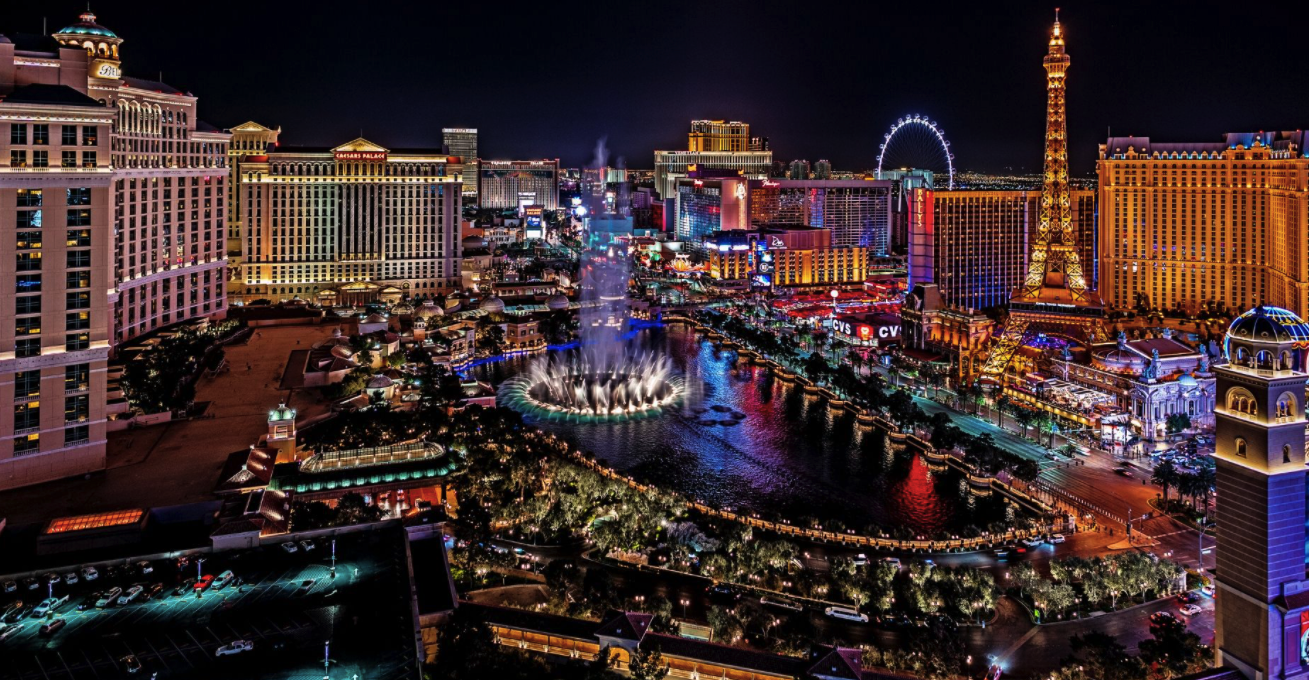 Does it Snow in Las Vegas?

Las Vegas, also known as The Entertainment Capital of the World, is an internationally renowned resort city famous for gambling and mega-casino hotels. Las Vegas sits at an elevation of 2,001 feet (610 meters) above sea level and is sprawled over a 141.78 square miles (367.33 square kilometers) landmass. It is the most populous city in Nevada and ranks as the 25th most populous city in the US. But does it snow in Las Vegas?

Las Vegas has a subtropical hot desert climate, typical of the Mojave Desert that surrounds it. The weather is characterized by scorching summers and short winters with mild days and cold nights. Snow, though not prevalent in Las Vegas, is seen every winter despite temperatures rarely falling below freezing point.

When does it snow in Las Vegas?

The city of Las Vegas experiences a very short winter thanks to its desert-like conditions. Winter sets in from December and runs through to February. The temperatures are mild, and nights are often cooler than the days.

Here is a look at Las Vegas’ snowy months.

January sees a slight increase in temperatures from those experienced in December. Average temperatures for the month range from highs of 58 degrees Fahrenheit (14.4 degrees Celsius) and lows of 39.4 degrees Fahrenheit (4.1 degrees Celsius). Snowfall graces Las Vegas for 0.2 snowfall days in January, and the snow accumulates to depths of 0.04 inches (1.01 millimeters).

Where does it snow in Las Vegas?

The mountains surrounding Las Vegas receive snow every winter due to their high elevations. However, significant snow accumulation around the city is rare, with only 0.3 inches (7.62 millimeters) of snow recorded for the whole winter period. The last time Las Vegas experienced measurable snowfall was in 2008 when the snow accumulated to a depth of 3.6 inches (91.44 millimeters).

Las Vegas serves as an excellent starting point for a ski vacation. It has no resorts within its boundaries, but there are a handful of fabulous skiing resorts nearby, with well-connected roads and airlines connecting the city to the resorts.

Lee Canyon is less than an hours’ drive from Las Vegas, making it the closest ski resort to the city. The resort offers complimentary lessons for beginners, while advanced skiers have fun, with access to the deep powder bowls and steep chutes. Lee Canyon has 59 acres of skiable terrain with 27 trails serviced by three lifts.

Brian Head resort, located a little over three hours from Las Vegas, is famous for its affordable lift tickets and ski rental tucked nicely in the mountains. The resort receives an impressive 360 inches (9,144 millimeters) of snow annually on its 650 acres of skiable terrain. It also has 71 trails serviced by eight chair lifts and two surface lifts.

Bear Mountain is around a two-hour drive from Las Vegas. Its top-notch terrain makes it desirable for freestyle skiers and snowboarders. The resort features 198 acres of skiable terrain and has dedicated runs for beginner, intermediate, advanced, and expert-level skiers. Bear Mountain ski resort has 15 trails that are serviced by 12 lifts.

Snow Summit is a family-friendly ski resort offering some spectacular blue runs and even night skiing. It is located on a 250-acre skiable area three, and a half-hour drive from Las Vegas.  The resort caters to all skiing difficulty levels and has separate tracks for beginner skiers, intermediate skiers, advanced skiers, and expert skiers. Snow Summit receives abundant snowfall annually, recording an accumulation of 100 inches (2,540 millimeters) on its ski area.