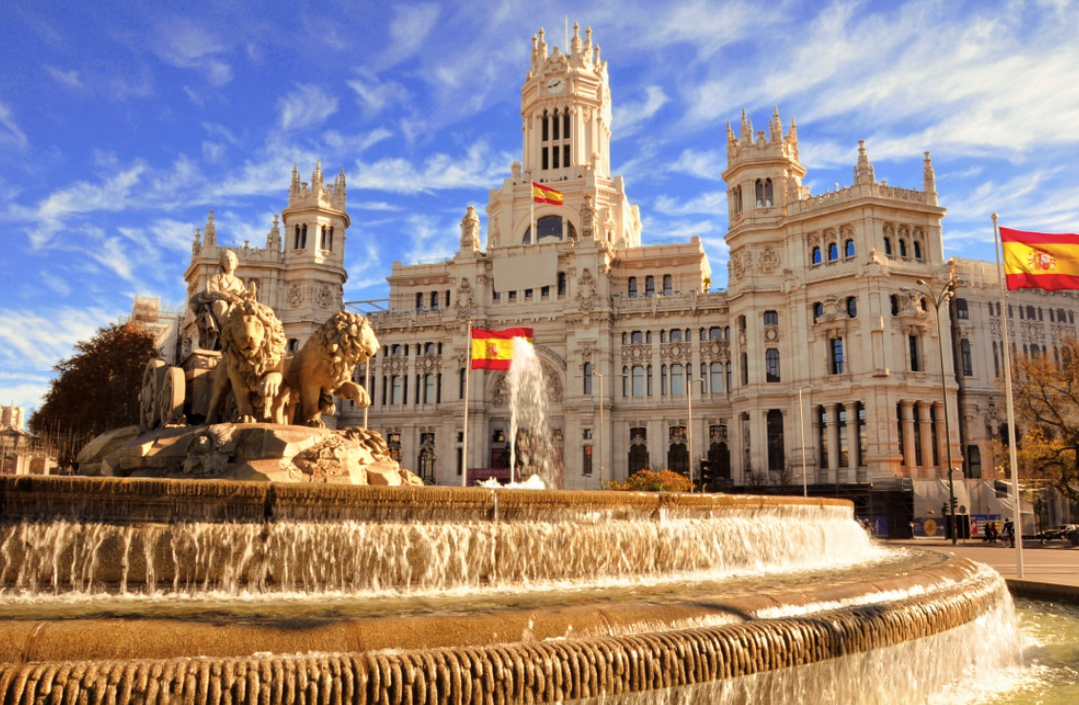 Does it Snow in Madrid?

Madrid is the capital city of Spain and doubles as the largest and most populous city in the country. The city has a rich history dating back to the 9th century and is famous for its 200-year-old Prado Museum and the Sobrino de Botin-the oldest restaurant in the world. Madrid, covering an area of 604.32 square kilometers, is the second-largest city in the EU and has a population of 6.7 million.  Given that the city is a top destination among travel enthusiasts, one can’t help but wonder, does it snow in Madrid?

Madrid lives up to its intriguing nature by presenting a cocktail of three climates. The city witnesses a climate that oscillates between a Mediterranean climate, a sub-tropical climate, and a semi-arid climate. Madrid has well-developed seasons despite its apparent confusion with climates, with winter falling between December and March. Winters in Madrid are cold and usually marked by frequent frosts and the occasional snowfall.

When does it snow in Madrid?

Madrid falls short when ranking snowy cities. This is because the city sees snowfall for only a few days per year, and the snow accumulates to only a few inches. That said, let’s look at the months you are likely to witness snowfall in Madrid.

December marks the first month of winter in Madrid. Temperatures in the city are mild and range from highs of 50 degrees Fahrenheit (10 degrees Celsius) to lows of 38.5 degrees Fahrenheit (3.6 degrees Celsius). As temperatures don’t often fall below the freezing point, Madrid rarely sees snowfall in December. Instead, the city is often cloudy, and rainfall is recorded for seven days throughout the month.

The cold temperatures recorded in December persist in January and even drop further. January happens to be the coldest month in Madrid, with temperatures falling to chilly lows of 36.9 degrees Fahrenheit (2.7 degrees Celsius). January is the month with the most snowfall days and snow accumulation in Madrid.  For instance, in January 1941, snowfall pelted Madrid for a record nine snowfall days, the highest frequency of snowfall in the city’s history.  The most recent heavy snowfall event in Madrid happened in January 2021, when up to 20 inches (500 millimeters) of snow accumulated in the city.

February is the last month you are likely to witness snowfall in Madrid.  Temperatures in the city remain chilly and range from highs of 53.6 degrees Fahrenheit (12 degrees Celsius) and lows of 38.7 degrees Fahrenheit (3.7 degrees Celsius). Snowfall in February is an extremely rare occurrence, but flurries of snow might be seen once every few years.

When visiting Madrid, never forget to pack your skiing gear. As much as the city’s metropolitan area receives little snowfall that isn’t sufficient for skiing and snowboarding activities, the Community of Madrid area surrounding the city is snowy. The Community of Madrid receives substantial snowfall every winter and has a thriving skiing scenery often flocked by Madrid residents during winter. The region has three well-equipped ski resorts that offer a combined 33 kilometers of slopes for skiing and snowboarding activities.