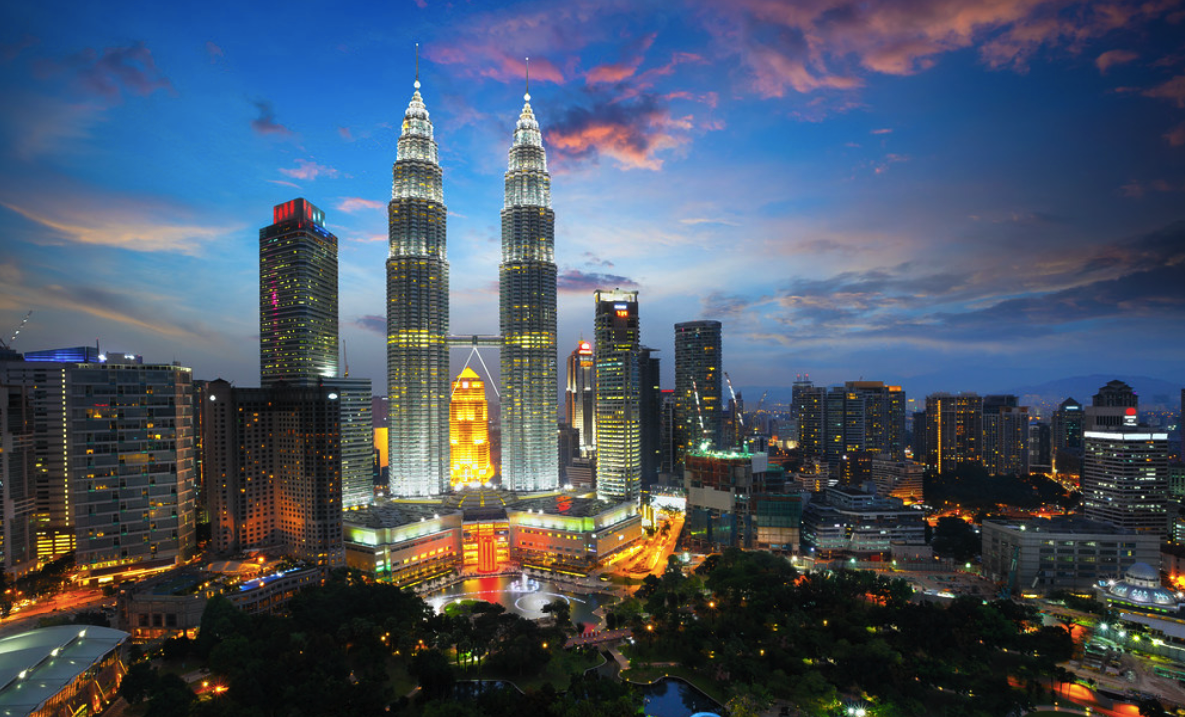 Located in Southeast Asia, Malaysia is split into two regions by the South China Sea. The country covers 329,847 square kilometers and shares land and maritime borders with Brunei, Indonesia, and Thailand.  It also shares maritime boundaries with the Philippines, Singapore and Vietnam.

The highest point in Malaysia is Mount. Kinabalu’s Low’s Peak sitting at 13,435 feet above sea level, while the lowest point is the Indian Ocean at sea level. Given such elevations, one cannot help but wonder, does it snow in Malaysia?

Thanks to its location in the equatorial region, Malaysia experiences a tropical rainforest climate where temperatures stay above 68 degrees Fahrenheit (20 degrees Celsius)  all year round. Even though temperatures in high-altitude areas such as the Cameron highlands may occasionally dip to record lows of 46 degrees Fahrenheit (7.8 degrees Celsius), they remain too high, making it impossible to snow.

Despite being generally accepted that it does not snow in Malaysia, there have been two instances that snowfall has been recorded in the country. The first sighting was in 1975, with the second one coming in 1993. On both occasions, the snow accumulated to a depth of 0.4 inches (10 millimeters) on Mount Kinabalu.

Malaysia experiences four seasons, with its winter season falling between December and February. Despite this period being referred to as the “cold season”, temperatures remain high, though slightly lower than during summer.  The average temperature recorded during the day is 75 degrees Fahrenheit (23.9 degrees Celsius) though this figure may plummet to 60 degrees Fahrenheit (15 degrees Celsius) at night.

January is the coldest month in the country, with average low temperatures of 73 degrees Fahrenheit (23 degrees Celsius) being recorded.  Throughout the season, dry winds blow from the interior, and therefore humidity is slightly lower than the rest of the year.

For its apparent lack of snow coupled with its hot and humid climate, one would rule off the idea of enjoying a cooling holiday in Malaysia. But how wrong you are. Besides offering you picturesque scenery and iconic landmarks such as the Petronas Towers, Malaysia can also give you the perfect winter experience you are seeking. The country has a couple of indoor ski centers where you can experience your dream winter. Some of the

Located in Selangor, this recreated arctic climate environment spans an area equivalent to two football fields. You will get to see authentic ice sculptures shaped by the infamous Harbin sculptors, besides experiencing artificial snowfall. Other activities you can engage in while at the center include ice-sliding and building snowmen.

If you seek a European themed winter village, then Resorts World Genting is the perfect destination for you. The center is maintained at sub-zero temperatures that guarantee a life-like snowfall.