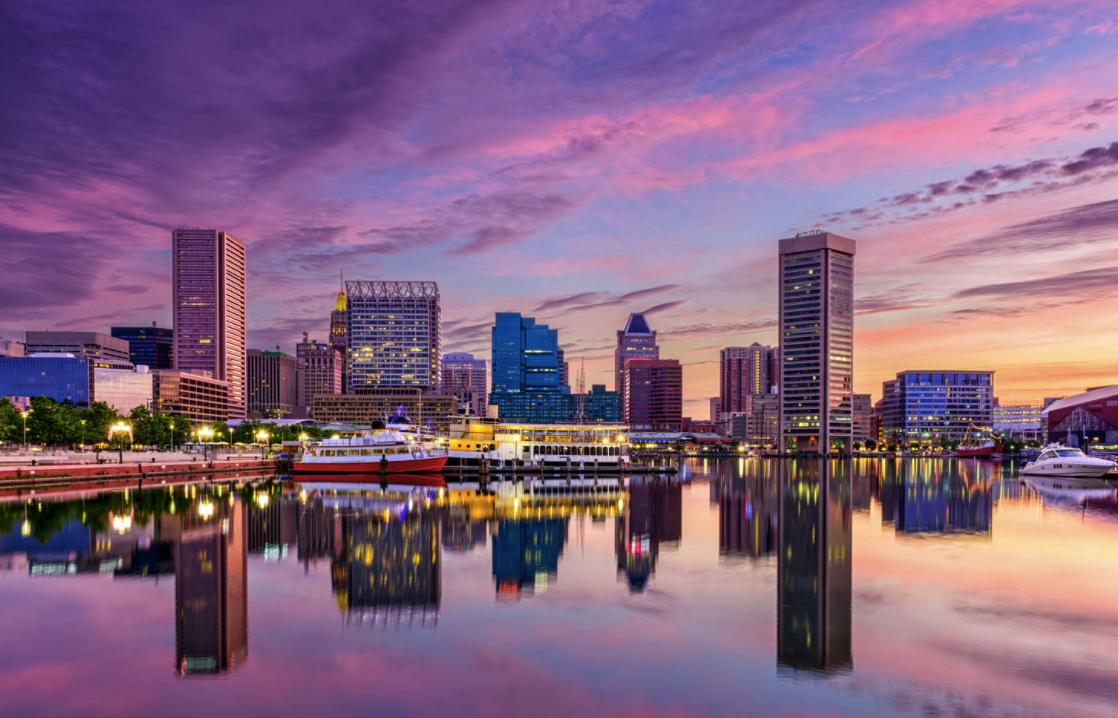 Does it Snow in Maryland?

Maryland is a state in the United States that shares borders with Virginia, Pennsylvania, Delaware, and the District of Columbia. It has an elevation of 350 feet (110 meters) above sea level and stretches from the dunes in the east to the Maryland Mountains in the west. It spans an area of 32133 square kilometers and has a population of about 6.2 million people. But does it snow in Maryland?

Maryland has a wide range of climatic conditions. Eastern Maryland has a moist subtropical climate due to the presence of an ocean nearby, while the western part of the state experiences a continental climate. The winters are cold and snowy and occur from December through February, though the coldest areas might see snow from as early as September. Much of the snow falls in the Allegheny Plateau. Snowstorms are also common and ranges between 5 inches (127 millimeters) and 40 inches (1016 millimeters).

Where does it Snow in Maryland?

Snow falls during winter in Maryland. A lot of snow is accumulated in the highlands of western Maryland.

Here is a breakdown of the snowy months in Maryland.

Heavy snowfall is recorded in Western Maryland, with figures fluctuating between 5 inches (127 millimeters) and 15 inches (381 millimeters).

Wear warm or heavy clothing if you plan to visit Maryland in December.

Snow accumulates up to 10 inches (254 millimeters) in the highlands, although higher figures may be recorded at higher altitudes.

Snow and snowstorms are a common occurrence in February.

Where does it Snow in Maryland?

Annapolis is the capital of the state of Maryland and has a population of about 40000 people.

It has an altitude of 39 feet (12 meters) above sea level and covers an area of 21.01 square kilometers.

The coldest month in this city in January, with a temperature hitting lows of 29.8 degrees Fahrenheit (-1.2 degrees Celsius).

Oakland is a town in Maryland situated at 2398 feet (731 meters) above sea level. It spans an area of 7.05 square kilometers and has a population of about 2000 people.

Oakland is one of the coolest places in Maryland. The coldest month is January, with an average low temperature of 15.8 degrees Fahrenheit (-9 degrees Celsius).

It snows heavily in Oakland, with about 156.6 snowfall days and an accumulation of 106.1 inches (2694.4 millimeters) being recorded throughout the year.

Wisp Ski Resort is a resort located on Marsh Mountain in Maryland. It covers an area of 0.53 square kilometers and 16 kilometers of slope available for skiing and snowboarding. The skiing area is equipped with eight ski lifts for transporting guests.