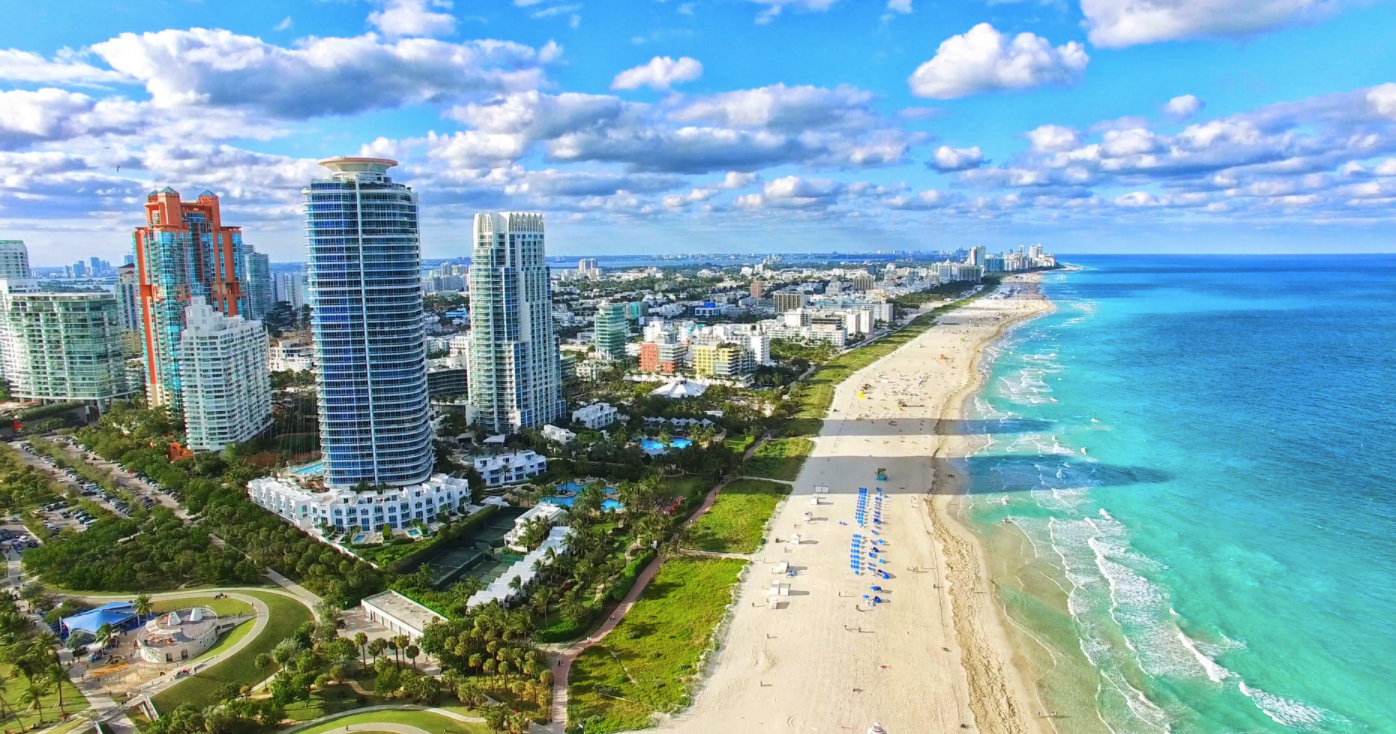 Does it Snow in Miami?

Miami is a metropolitan city located on the coast of the Atlantic Ocean in southern Florida. It is the southernmost and the largest city in Florida and spans an area of 56.07 square miles (145.23 square kilometres). The city has a population of 442,000 and is home to PortMiami, the busiest cruise port in the world. Miami’s skyline is the third highest in the U.S., boasting over 300 high-rises and 58 buildings taller than 491 feet (150 metres). But does it snow in Miami?

Miami is one of the northernmost cities on earth that experiences a tropical monsoon climate. Several factors such as the city’s proximity to the Gulf Stream, low altitude, and location on the Tropic of Cancer modify the climate of Miami. By definition, Miami has two meteorological seasons, which are summer and winter. Winters in the city are warm and dry, while summers are hot and rainy. It does not snow in Miami. Snow flurries, however, were recorded in the city on January 19, 1977.

Summer in Miami starts on the day the average dew point temperatures in the city rise above 70 degrees Fahrenheit (21 degrees Celsius) for the first time in the year. The start of summer in Miami also marks the beginning of the rainy season. Usually, Miami’s winter/rainy season starts in April or May and ends in September, latest October.

Hurricanes and afternoon thunderstorms are common in Miami in summer, but hurricanes can develop even in winter. The hurricanes are most likely to hit the city between mid-August and the end of September.  Tornadoes, although uncommon, have also been recorded in the city in the summers of 1925 and 1997.

The winter season in Miami is three seasons rolled into one. The U.S. National Weather Service regards spring and autumn in Miami as winter since they are cooler and less rainy than the summer period. Winter in Miami officially starts in October and lasts through to March or even April.

Temperatures in Miami during this period are pleasantly warm, as seen in December when the city averages highs of 77 degrees Fahrenheit (25 degrees Celsius). The water temperatures are warm during this period, and seaside activities continue in the city uninterrupted. Rain is light in Miami in winter, falling for an average of two days each month.

What to do in Miami

Everything about Miami, from the majestic skyline to the bustling PortMiami, promises excitement and an unforgettable experience for those who visit the city. Miami is a central tourist hub that draws tourists from all over the world. In fact, Miami is the second most visited city by international tourists in the U.S., second to only New York City.  Some of the top attractions that draw visitors to Miami are the city’s world-class hotels, high-end restaurants, spectacular beaches, and vibrant nightlife.

Some of the destinations worth checking out while in Miami include:

The Venetian Pool is an exquisite public swimming pool located in Coral Gables; a few minutes drive from downtown Miami. It is a unique swimming pool in that it occupies a former coral quarry and is surrounded by stones and captivating waterfalls. The Venetian pool has 0.82 million gallons of water (3,100 cubic metres) and is the largest freshwater pool in the United States.

Zoo Miami is the only tropical zoo in the continental United States. The zoo covers an area of 750 acres and is home to over 3,000 animals.  Zoo Miami was founded in 1948 and currently has several animal species, including orangutans, elephants, rhinos, and tigers, on show. The resort also has an exciting collection of rare insects, amphibians, and reptiles.

The Miami Beach Boardwalk is a wooden walk that stretches over three miles along the coast of Miami. It starts at the Indian Beach Park in Mid-Beach Miami and does not veer from the coast until it reaches the middle of South Beach. The boardwalk is a great way to explore the Miami coastline without having to wade through the wet beach sands.