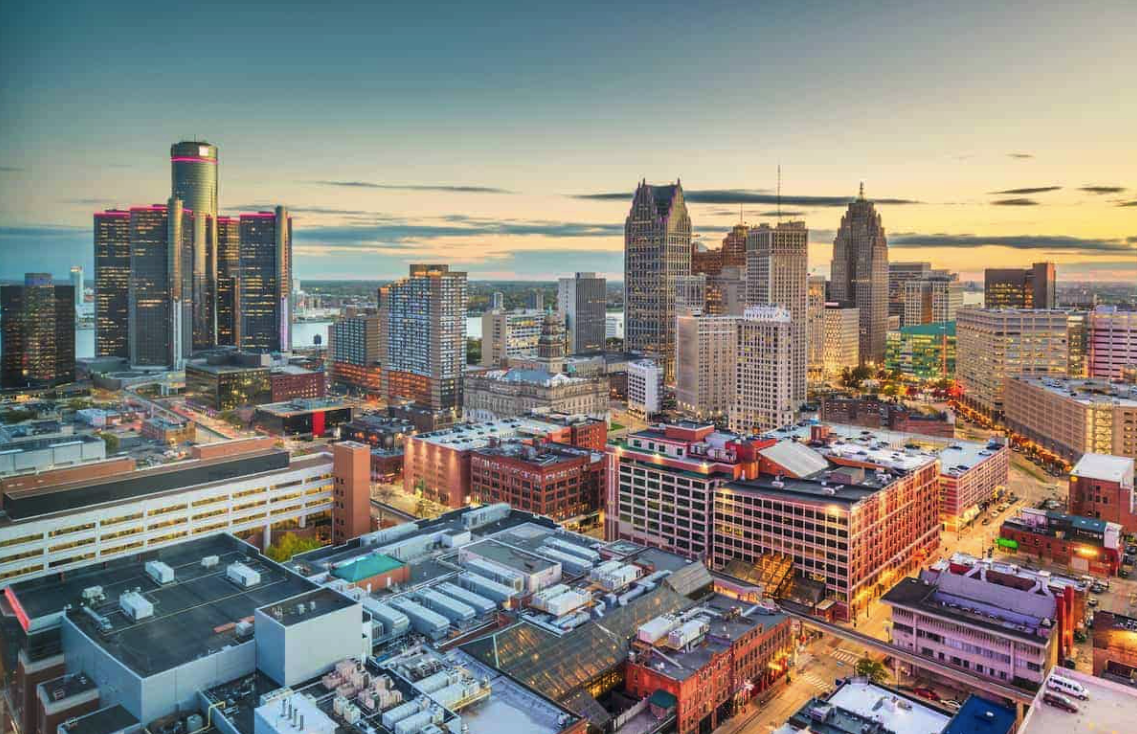 Does it Snow in Michigan?

Michigan, also known as the Great Lakes State, is the eleventh largest and the tenth most populous state in the U.S. The state spans an area of 250,000 square kilometres and is home to a population of 10.1 million. Michigan is a unique state in that it consists of two peninsulas and has the longest freshwater coastline of any political territory in the world. But does it snow in Michigan?

Winter in Michigan sets in December and lasts through early March. During this period, the state is hit by frequent snowstorms caused by the lakes effect. The state experiences snowfall for an average of 43.1 snowfall days throughout the year and records a snow accumulation of 63.7 inches (1,618 millimetres).

When does it snow in Michigan?

December marks the first month of winter in Michigan. During this period, the average temperatures in the state range between highs of 34.2 degrees Fahrenheit (1.2 degrees Celsius) and lows of 25,2 degrees Fahrenheit (-3.8 degrees Celsius). The amount of snowfall received in the state varies from one place to another but averages 1.54 inches (39 millimetres) after 10.5 snowfall days.

February is the last month of winter in some parts of Michigan, while it is still the heart of winter in other regions. The average temperatures recorded during the month range between highs of 31.3 degrees Fahrenheit (-0.4 degrees Celsius) to lows of 18.5 degrees Fahrenheit (-7.5 degrees Celsius). On average, Michigan records an average of 3.66 inches (93 millimetres) of snow in February after 11.6 snowfall days.

Where does it snow in Michigan?

Lansing is the capital and sixth largest city in the state of Michigan. The state is located at the confluence of the Grand River and the Red Cedar River between elevations 890-833 feet (271-254) metres above sea level. Lansing covers an area of 103.16 square kilometres and is home to about 113,000 people. On average, it snows in Lansing for 44.7 days every year, and the snow accumulates up to a depth of 51.1 inches (1,298 millimetres).

With an area spanning 370.08 square kilometres and a population of 4.3 million, Detroit is ranked as Michigan’s largest and most populous city. The city is famous for its rich automotive background and its contribution to music, among other things. Throughout the winter season, Detroit sees snowfall for 14.6 days and records a total snow accumulation of 50.0 inches (127.1 millimetres).

Ann Arbor is the fifth-largest city in Michigan and has a population of about 125,000 living on its 75.29 square kilometre landmass. The city has four distinct seasons where winters are cold and snowy while summers are hot and humid.

Ann Arbor experiences winter from December to February but can report snowfall from as early as October and as late as April. Throughout the year, the city witnesses snowfall for 18 snowfall days and accumulates up to 61.8 inches (1,569 millimetres) of snow.

With over 40 ski areas, over 250 ski lifts, and close to 1,000 runs, Michigan State ranks only second to New York when it comes to ski areas.  Michigan is also the home to the only hill that facilitates ski flying in the entire United States.

Big Snow Ski Resort is a ski resort spread across the Blackjack and Indianhead Mountains of Michigan. The resort receives over 17 feet (5,182 millimetres) of snow annually and is open from December to April. It also has 165 acres of skiable terrain that consists of 56 parks and 15 lifts. The resort also has a shuttle that takes snow lovers from one mountain to the other.

Mount Bohemia Ski Resort is located on the Upper Peninsula and has one of the most extreme skiing terrains in the Midwest. It is a resort that has several black, double black, and triple black skiing runs, making it a top destination for expert skiers and snowboarders.

Mount Bohemia Ski Resort has 585 acres of skiable terrain and a vertical rise of 900 feet (274.32 metres). It also receives an average of 273 inches (6934 millimetres) of snowfall every year.

Boyne Mountain Resort has 415 skiable acres and 60 trails, making it one of the best skiing resorts in Michigan. The resort also has a 500-foot vertical rise and is equipped with 12 lifts for transporting guests.