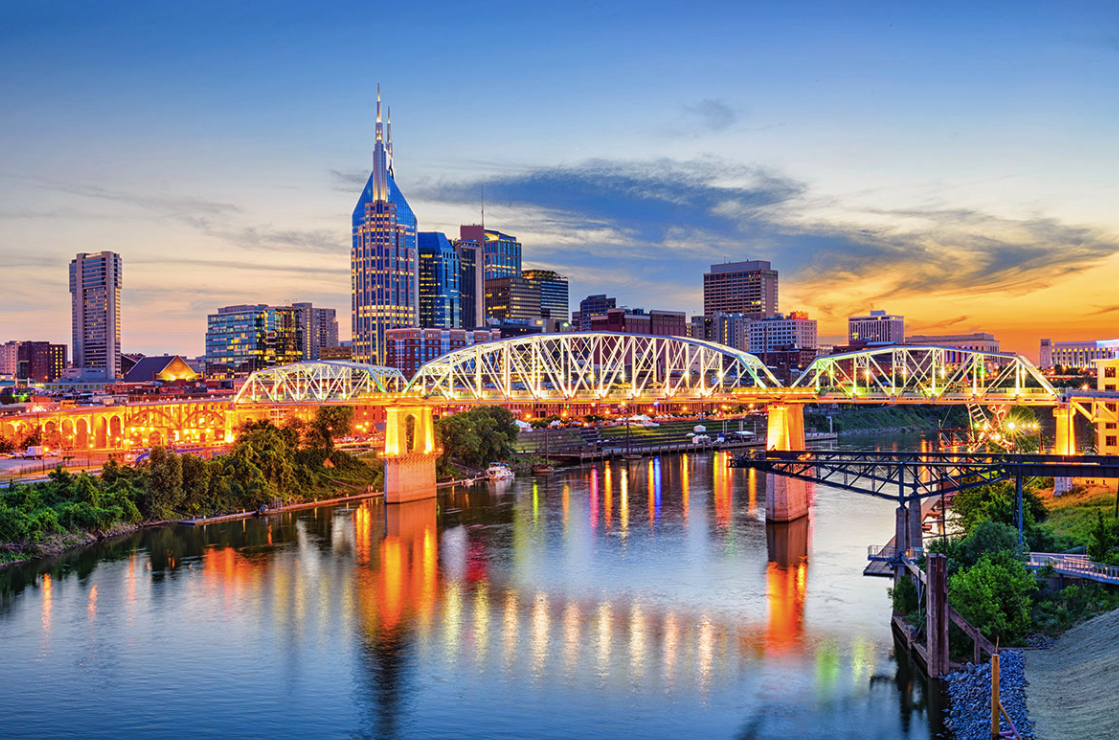 Does it Snow in Nashville?

Nashville, the capital city of Tennessee, is named after Francis Nash, a general in the continental army during the American revolutionary war. It is the 23rd most populous city in the United States, with an estimated population of 700,000. Nashville covers an area of 504 square miles (1,362 square kilometers) and sits at an elevation of 597 feet (182 meters) above sea level. But does it snow in Nashville?

Nashville experiences a humid subtropical climate having hot, humid summers and cold, wet winters. Snowfall is a possibility anytime between November to April in Nashville. However, significant storms bringing about epic snowfall are few and far between. Nashville records about 7 inches (177.8 millimeters) of snow throughout the year after an estimated 14.6 snowfall days.

When does it snow in Nashville?

Nashville has a typical four-month winter, which starts in December and runs through to March. The most snowfall in Nashville falls in January and February, though flurries may be recorded in December and March. Throughout winter, Nashville is a freezing place, with temperatures often falling below the freezing mark. On average, temperatures range from highs of 50 degrees Fahrenheit (10 degrees Celsius) to lows of 30 degrees Fahrenheit (-1.1 degrees Celsius), with occasional snaps of even colder weather due to blasts of Canadian arctic air.

December marks the onset of winter in Nashville, and a drop in daily average temperature is recorded. The temperature in the city fluctuates between highs of 52.2 degrees Fahrenheit (11.2 degrees Celsius) and lows of 33.3 degrees Fahrenheit (0.7 degrees Celsius). Snowfall is rare in the month and only falls in small flurries. Throughout the month, Nashville records an accumulation of 0.5 inches (12.7 millimeters) of snow after a total of one snowfall day.

January is the coldest and snowiest month in Nashville, with temperatures often dipping below freezing point. Temperatures in the city often range from highs of 48 degrees Fahrenheit (8.8 degrees Celsius) to lows of 27 degrees Fahrenheit (-2.7 degrees Celsius). Nashville witnesses 4.7 snowfall days throughout the month, and the snow can accumulate up to a depth of 2.9 inches (73.6 millimeters).

February, though not as cold as January, still exhibits freezing conditions. A slight rise in temperatures from those experienced in January is recorded, with average temperatures ranging from highs of 53.8 degrees Fahrenheit (12.1 degrees Celsius) and lows of 33 degrees Fahrenheit (0.6 degrees Celsius). February is another month of heavy snowfall in Nashville, with the city seeing an accumulation of 2.3 inches (58.4 millimeters) of snow after 2.3 snowfall days.

March marks the end of winter in Nashville. As the city prepares to usher in spring, average temperatures increase and now range from highs of 62.7 degrees Fahrenheit (17.1 degrees Celsius) and lows of 40.2 degrees (4.6 degrees Celsius).  Snowfall is light and mainly occurs in the form of flurries. On average, Nashville sees 0.7 snowfall days in March and records an accumulation of 0.9 inches (22.8 millimeters) of snow.

Nashville has no notable ski resorts within its boundaries, but there are still a few highly rated skiing resorts within a reasonable distance of the city. All it takes is a few hours-drive to across the borders, either the state of Georgia or North Carolina while enjoying the picturesque scenery along the way.

Here are a few worthwhile resorts you might consider paying a visit to when in Nashville.

Sugar Mountain Resort is located in Banner Elk, North Carolina, about five hour-drive from Nashville. The resort, having a base elevation of 4,100 feet (1,249.6 meters) and a vertical drop of 1,200 feet (366 meters), features 21 trails and is equipped with eight ski lifts. The resort caters to all skiing difficulty levels and has its trail divided into 40% beginner, 40% intermediate, 16% advanced, and 4% expert level skiing.

Ober Gatlinburg resort is located 224 miles away from Nashville, roughly a four-hour drive from the city. The resort features a base elevation of 2,700 feet (823 meters), a vertical drop of 500 feet (152.4 meters), and ten trails for skiing and snowboarding. Ober Gatlinburg ski resort is equipped with four ski lifts for transporting guests.

Wolf Ridge resort is located on the Big Bald Mountains, 292 miles from Nashville. It is a resort frequented by winter sports enthusiasts in Nashville as it buzzes with winter activities during the snowy months.