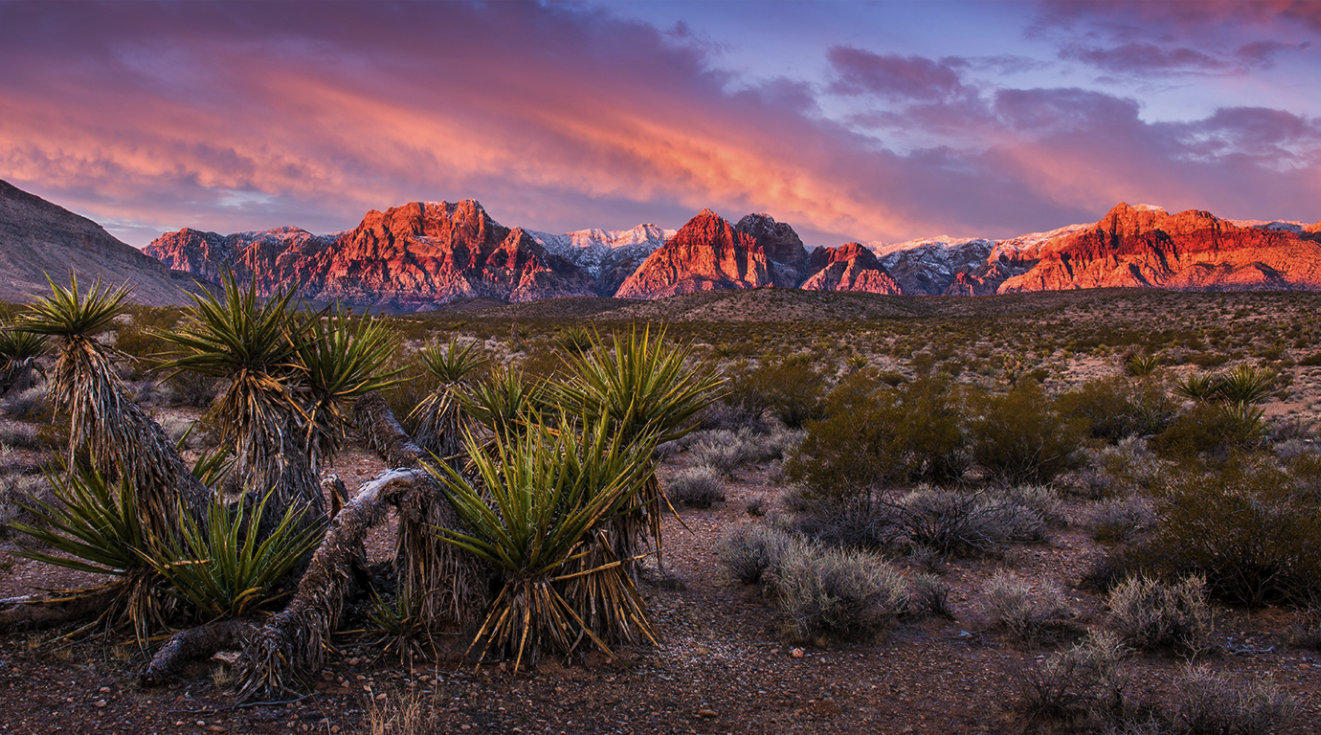 Does it Snow in Nevada?

Nevada, also known as the Silver State, is known for its history in silver mining and the economic significance of the metal. It is the 19th least populous state in the US, with around three million inhabitants. With an area of 109,781 square miles (284,332 square kilometers), Nevada ranks as the 7th largest state in the country. The state sits at a high altitude and has its highest point being the Boundary Peak, at an elevation of 13,147 feet (4,007 meters), while its lowest point is the Colorado River at 481 feet (147 meters). Given such high altitudes, one can’t help but wonder, does it snow in Nevada?

Nevada is the driest place in the United States, with most parts of the state bar the Sierra Nevada experiencing desert or semi-desert conditions.  Despite the arid conditions, it does snow in Nevada, especially in the northwestern regions near the mountain ranges and the Sierra Nevada.

When does it snow in Nevada?

Snow is a common feature in Nevada during the winter season, which runs from December through February. Generally, the winter season is long and cold in northern Nevada and often short and overbearing in the southern parts of the state.  The southern regions of Nevada record mild temperatures during this period, while the northern areas experience freezing temperatures that often dip below the zero mark.

December is the first month of snow in Nevada and doubles as the coldest month in the state. Average temperatures fluctuate between highs of 37.6 degrees Fahrenheit (3.1 degrees Celsius) and lows of 23.4 degrees Celsius (-4.8 degrees Celsius). Throughout December, places like Carson City in the northwest receive about 7.13 inches (181 millimeters) of snowfall and approximately 9.2 days of snowfall.

January sees the persistence of the cold conditions in the northwestern and central parts of the state. However, there is a slight increase in temperatures compared to those in January, with highs of 39.7 degrees Fahrenheit (3.1 degrees Celsius) and lows of 24 degrees Fahrenheit (-4.2 degrees Celsius) being recorded. About 5.43 inches (138 millimeters) of snow is accumulated in Reno and Carson City areas after a total of 7.1 snowfall days.

February marks the end of winter in Nevada. Throughout the month, temperatures vary from highs of 40.8 degrees Fahrenheit (4.9 degrees Celsius) to lows of 25.7 degrees Fahrenheit (-3.5 degrees Celsius). Ironically, despite being the last month of snow, the central and northern parts of the state record an increase in snowfall, with 8.1 snowfall days and an accumulation of 7.56 inches (192 millimeters) being witnessed.

Where does it snow in Nevada?

Las Vegas, also known as the Gambling Capital thanks to its mega casino-hotels, is the most populous city in Nevada. Las Vegas sits at an elevation of 2001 feet (610 meters) and experiences mild winters with temperatures that range from highs of 64 degrees Fahrenheit (18 degrees Celsius) to lows of 38 degrees Fahrenheit (3.3 degrees Celsius).  Given such temperatures, it rarely snows in Las Vegas, and if it does, the snow does not accumulate to readable amounts.

Elko is a city in the northeastern part of Nevada that sits at an elevation of 5066 feet (1544 meters). The city experiences freezing temperatures from September through to June, making it one of the oldest cities in Nevada.  January is the coldest month in Elko, with temperatures falling as low as 13.9 degrees Fahrenheit (-10.1 degrees Celsius). Throughout the year, snow falls on Elko for a record 33 snowfall days, and the snow accumulates to a depth of 41.5 inches (1051 millimeters).

The Heavenly ski resort is located at Lake Tahoe and has 94 kilometers of slopes and 40 kilometers of ski routes for skiing and snowboarding activities. The resort is equipped with 24 ski lifts for transporting guests.

Mt Rose is another ski resort located at Lake Tahoe. The resort has about 100 kilometers of slope available for skiing and snowboarding and is served by six ski lifts.

This resort is also located at Lake Tahoe and has 16.3 kilometers of slope available for skiing and snowboarding. The resort has six ski lifts used for transporting guests up the slopes.