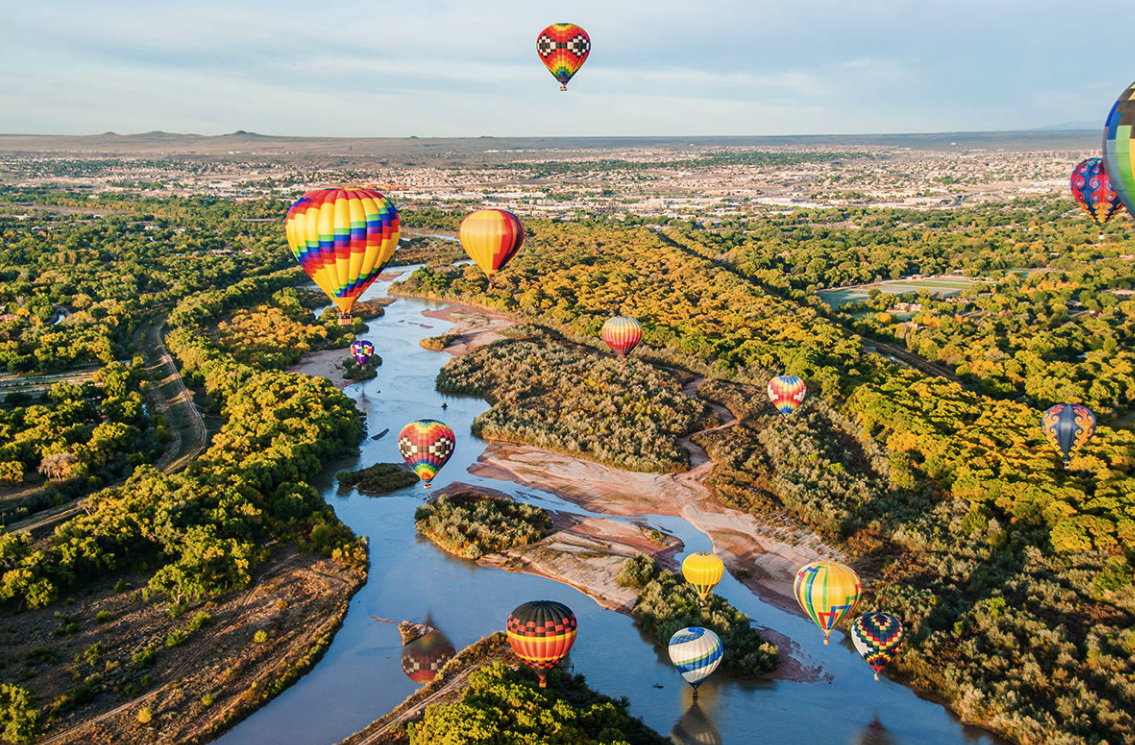 Does it Snow in New Mexico?

New Mexico is a US state north of the Mexican border that extends over a diverse landscape and covers 314,917 square kilometers. It borders Texas and Oklahoma states and has an elevation of 5701 feet (1741 meters) above sea level. The highest point in New Mexico is Wheeler Peak at 13,161 feet (4,011.4 meters) while the lowest is Red Bluff Reservoir at 2845 feet (868 meters) above sea level. Given such altitudes, one can’t help but wonder, does it snow in New Mexico?

New Mexico has a pleasant climate that happens to be one of its greatest attractions. Temperatures are dependent on altitude, with the lowlands experiencing hot temperatures of about 120 degrees Fahrenheit (48 degrees Celsius) while the highlands record as low as -50 degrees Fahrenheit (-46 degrees Celsius). Given such extreme temperatures, it is no surprise that New Mexico receives its fair share of snowfall.

When Does It Snow in New Mexico?

It snows throughout New Mexico between November and March. Northern and Central New Mexico record the highest snowfall, with up to 40 inches (1016 millimeters) of snow being recorded while the southern regions experience the least snowfall.

Here is a closer look into New Mexico’s snowiest months.

Flurries of snow are seen in the highlands, and the amount increases as you move further up.

New Mexico sees a snowfall of between 4 inches (101.6 millimeters) to 6 inches (152.4 millimeters), and this value increases with an increase in altitude. The snow accumulated in the highlands fluctuates between 15 inches (381 millimeters) and 20 inches (508 millimeters).

January is also the snowiest, with many places reporting snowfall in the range of 6 inches (152.4 millimeters) and 8 inches (203.2 millimeters), while at higher altitudes, snow may collect up to depths of 21 inches (533.4 millimeters).

It snows in some parts of New Mexico though the snow melts fast, especially in the lowlands.

Where does it Snow in New Mexico?

Much of the snow in New Mexico falls in the northern parts of the state, while the southern parts record negligible snow.

Santa Fe is the capital city of New Mexico and covers an area of 135.57 square kilometers.

Santa Fe experiences snowfall for 36 days and collects up to 22.68 inches (576 millimeters) of snow throughout the year.

Red River is a resort town located on the Sangre de Cristo Mountains at 8671 feet (2643 meters) above sea level. It spans an area of 2.64 square kilometers and has a population of 477 people.

The coldest month in Red River is January, with average lows of 11.7 degrees Fahrenheit (-11.3 degrees Celsius) being recorded.

It snows for 62.6 days throughout the year in Red River, and the snow accumulates to depths of 40.35 inches (1025 millimeters).

Silver City is a town in New Mexico located at the foot of Pinos Altos Range. It covers an area of 26.3 square kilometers and is home to about 10,000 people.

January is the coldest month in Silver Steve, and temperatures in the town fall as low as 30.7 degrees Fahrenheit (-0.7 degrees Celsius).

Silver City sees 13.3 snowfall days throughout the year and collects up to 10.55 inches (268 millimeters) of snow.

This is a ski resort located in southwestern New Mexico between elevations 9200 feet (2804 meters) and 12481 feet (3804 meters) above sea level. The resort has 113 kilometers available for skiing and snowboarding.

Taos Ski Resort has slopes that cater to all skiing difficulty levels. It also has 14 lifts for transporting guests.

The resort, which is open from December to March, has 75 kilometers ready for skiing and snowboarding activities and is served by five ski lifts.

It has 55 kilometers of slope available for skiing and snowboarding and is served by 11 ski lifts.