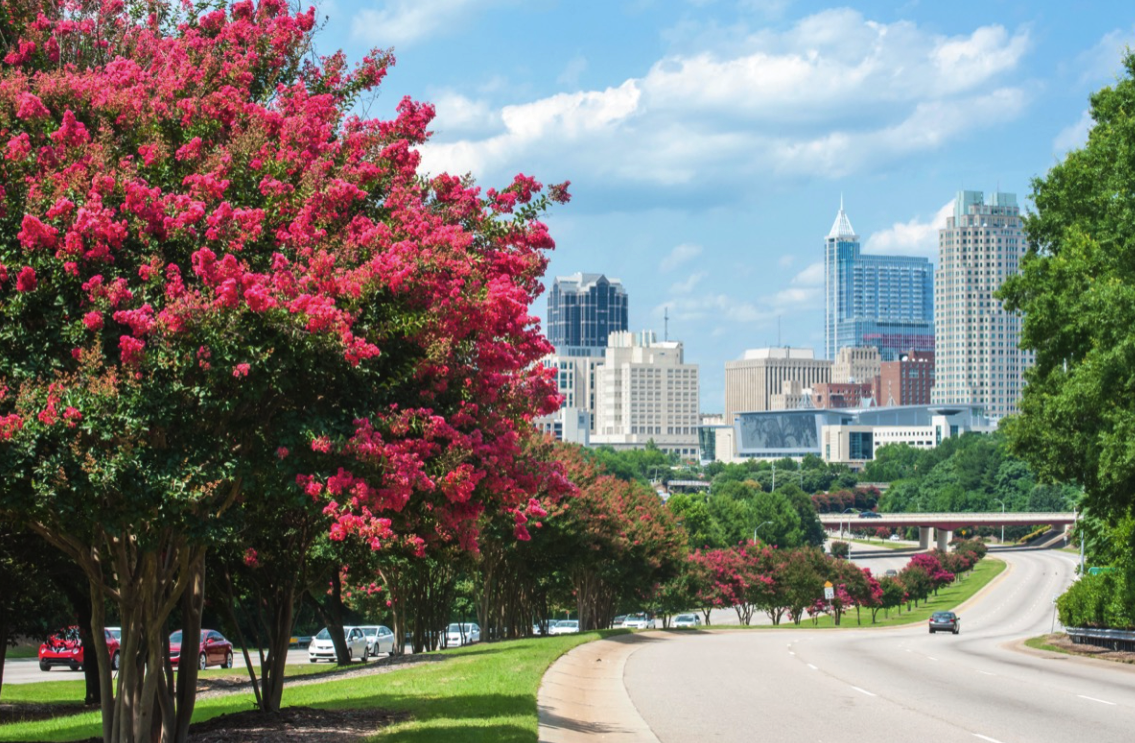 Does it Snow in North Carolina?

North Carolina, also known as Old North State, is a state located in the southeastern part of the United States. It is the 28th largest state and the 9th populous state in the US, with about 10 million inhabitants. North Carolina sits on a 48,711 square miles (126,161 square kilometers) landmass and has its highest elevation as Mount Mitchell at 6,684 feet (2,037 meters) and the lowest as the Atlantic Ocean at sea level. But does it snow in North Carolina?

Most parts of North Carolina experience a humid subtropical climate. However, the western mountainous regions of the state are an exception as they experience a subtropical highland climate. Temperatures in North Carolina vary with altitude and decrease as you move from the coast towards the mountain regions. Under the influence of the Atlantic and Gulf streams, the coastal plains have warmer and milder temperatures even in winter. Heavy snow is witnessed in the mountain regions of North Carolina during winter, while the coastal regions witness little or no snow at all.

When does it snow in North Carolina?

Snow falls in North Carolina during the winter season, which runs from December through February. The mountainous regions of the state, however, can record flurries of snow as early as November. Throughout the year, North Carolina mountains receive about 5 inches (127 millimeters) of snow while the coastal regions record a lower value.

December is officially the first month of winter in most parts of North Carolina. Temperatures are cold and occasionally crack the freezing mark, causing heavy snowfall.  The state records temperatures ranging from highs of 52.5 degrees Fahrenheit (11.4 degrees Celsius) in the coastal areas to lows of 30.2 degrees Fahrenheit (-1 degrees Celsius) in the mountain areas. December brings about 2.9 snowfall days in North Carolina, and the snow can accumulate up to depths of 2.6 inches (66 millimeters).

February marks the end of heightened winter in North Carolina, though the cold temperatures may spill over to March. Average temperatures oscillate between highs of 53.7 degrees Fahrenheit (12.1 degrees Celsius) and lows of 30.9 degrees Fahrenheit (-0.6 degrees Celsius) in the state’s mountain regions. The central and the coastal regions experience relatively milder temperatures. Throughout the month, snow accumulation averages 2.7 inches (68.58 millimeters) after 3.1 snowfall days.

Where does it snow in North Carolina?

Snow can be seen in virtually every region of the state, though the heaviest snowfall is witnessed in the western mountains. The central area receives a fair amount of snowfall, while the coastal region receives trace amounts.

Raleigh, also known as the City of Oak, is the capital city of North Carolina. The city experiences mild winters where temperatures can fall as low as 32.6 degrees Fahrenheit (0.33 degrees Celsius). Snow, freezing rain, sleet, and an occasional damaging ice storm are recorded every winter in this city.  Raleigh records an accumulation of 5.2 inches (132 millimeters) of snow throughout the winter season.

Charlotte, with a population of around 1 million, is the most populous city in North Carolina. Charlotte’s winter temperatures vary from highs of 53 degrees Fahrenheit (11.7 degrees Celsius) to lows of 31.6 degrees Fahrenheit (-0.22 degrees Celsius). Charlotte records an accumulation of up to 3.5 inches (88.9 millimeters) of snow throughout the year.

North Carolina is a hotspot for wintry activities, with numerous highly-rated resorts. Here are two resorts worth checking out.

Beech Mountain ski resort is a skiing area that is popular among the snow-loving locals of North Carolina. It is spread over 95 acres of skiable terrain with 17 runs serviced by eight lifts and is open from December to late March.