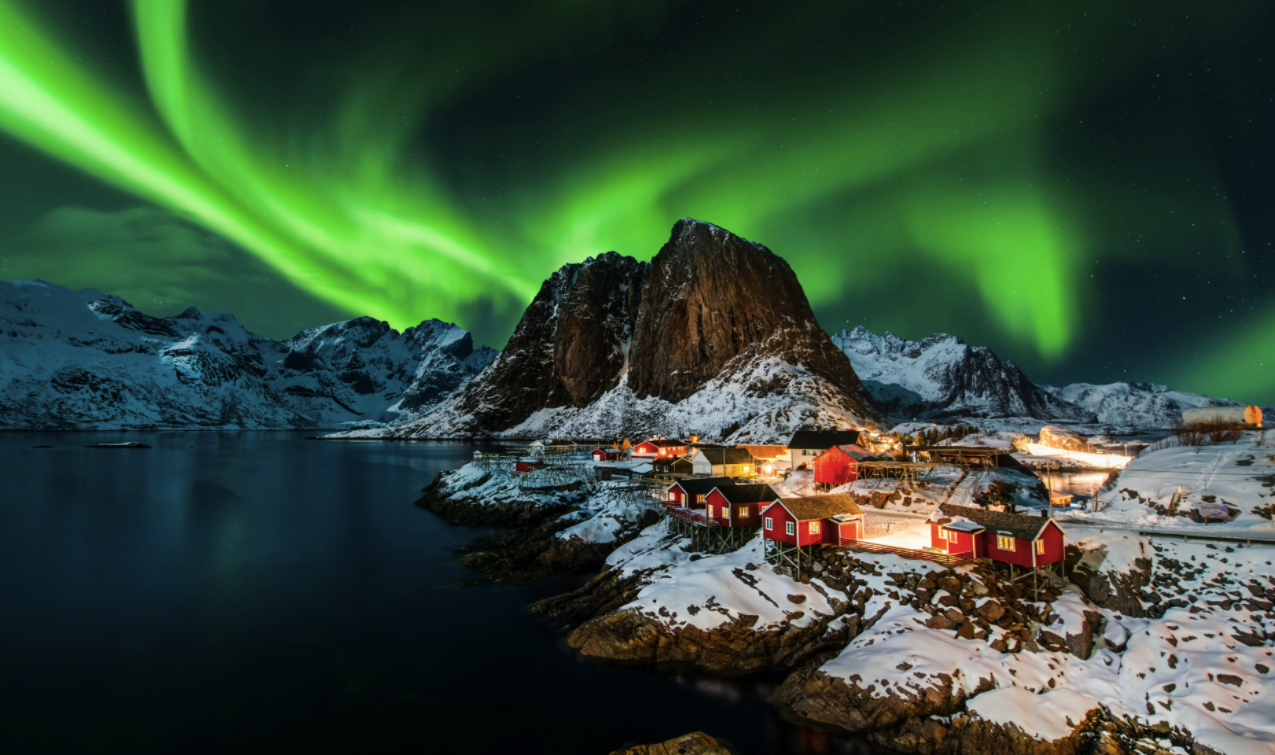 Does It Snow In Norway?

Located in Northern Europe, Norway is known for its snow-capped cliff mountains with impressive waterfalls, enormous glaciers, and deep fjords. Due to Gulf Stream temperate waters, Norway has a milder climate than most parts of the world at similar latitudes like Alaska, Greenland and Siberia. Despite being located far north, the country’s climate varies widely from one region to another.

When does it snow in Norway?

Winter in Norway is characterized by temperatures below freezing point and most areas covered in snow. The coldest parts of the winter are inland or far to the north. It is more likely to snow heavily from December to April in Norway, with an average of 74 inches (1879.6 mm) per year.

Northern parts of Norway don’t experience the sunrise; they are usually cold with temperatures below the freezing point. The temperatures drop to as low as 26.6 degrees Fahrenheit (-3.0degrees Celsius), and 3.1 inches (78.4 mm) of snow is accumulated in December.

Snowfall of as high as 5 inches (127mm) is witnessed in January for approximately 8.5 days. Even so, it’s the best month for viewing Northern Lights. January is also the coldest month in Norway, with temperatures falling 20 to 30 degrees Fahrenheit (-6 to -1 degrees Celsius). Shorter days are as well experienced in Oslo and North of Tromso.

Most February months of every year are dressed with snow. That said, one can enjoy the Northern Lights before they disappear in spring. It is also one of the coldest months with temperatures as low as 20 degrees Fahrenheit (-1 degrees Celsius) and has more extended days than January.

Temperatures begin to rise in March with an average of 35 degrees Fahrenheit (1.6 degrees Celsius), which results in the melting of the snow and ice. The mountains may experience snowstorms randomly. During this month, the Northern City of Tromso has most of its snowfall on the grounds.

More rising temperatures and snow melting, especially around city streets and mountains, mark the month of April. The temperature goes up to highs of 50 degrees Fahrenheit (10 degrees Celsius).

Where is there snowfall in Norway?

Sometimes Bergen is considered the second city in Norway. The city has a temperate oceanic climate with average temperatures around 36 degrees Fahrenheit (2 degrees Celsius). Bergen is the snowiest place in Norway, with averages of 86 inches (2200mm) per year.

Kristiansand experiences massive snowfall – 51.2 inches (1300 mm) annually. In fact, it’s the second snowiest place in Norway. Located on the southeast coast of Norway, the influence of the ocean in this region is lower compared to the west coast, meaning that it’s not as humid and rainy as Bergen. Even though Kristiansand is colder in winter, there is hope for sunshine during pleasant summer weathers.

Oslo is the largest city and the capital of Norway, and the best place to enjoy snow sports activities. The city experiences heavy snowfall with temperatures going below 32 degrees Fahrenheit (0 degrees Celsius) and about 80 days of snowfall per year.

Tromso, located above the Arctic Circle, has a subarctic climate and the best place for viewing the Northern Lights. The city also accumulates a lot of snow during the cold winter, with average annual precipitation of about 42.5 inches (1080mm). It heavily snows in the city in January for approximately 15.5 days.

Trondheim is located in central Norway and has high temperatures during winters which goes beyond freezing point. This place witnesses snowfall in February with an average of 10 inches (254 mm) for about 14 days.

What is skiing in Norway like? You can’t beat skiing in its winters snow-blanketed grounds. It’s no secret that skiing is a way of life here. Discussed below are the best places to ski in Norway.

Lyngen offers beautiful snowy slopes for an all-around winter skiing experience. You can begin skiing from snow-covered beaches and climb summits while enjoying the magnificent view of surrounding fjords and mountains. The Lyngen Alps has a lot to offer, especially when skiing and sailing as a group.

As the largest ski resort in Norway, Trysil has about 68 slopes easily accessible by 31 lifts. With Trysilfjellet peak at the centre, this fun-filled ski resort connects 3 separate villages with cruisey greens and blue buns. Skilled skiers and snowboarders who want more challenging blacks should head to Hogegga.

Hovden, the largest ski resort in southern Norway, has more than 30 slopes to offer you over 18 miles (30 kilometres) of downhill skiing. Hovden is perfect for people who love hitting the slopes as they provide the best places for skiing, snowboarding and other enjoyable winter activities.

Most downhill ski sports were held on Hafjell slopes. It offers 29 miles (47 kilometres) of ski slopes together with terrain parks. You want to enjoy this ski resorts SkiMovie – a slope equipped with automatic timing and filming equipment to capture every triumph moment you experience.

Other ski resorts worth considering during your Norway visit in winter are Rauland, Geilo, Skeikampen, Hemsedal, Oslo Vinterpark and Myrkdalen.

Because Norway is a cold country most of the year, be sure to carry all essentials, including woolen sweaters, warm winter jackets, gloves, waterproof winter boots, etc.

You know that old saying, “Norwegians are born with skis on their feet”? You want to confirm that as the country has around 125 ski resorts. Visit Norway during your next winter holiday!