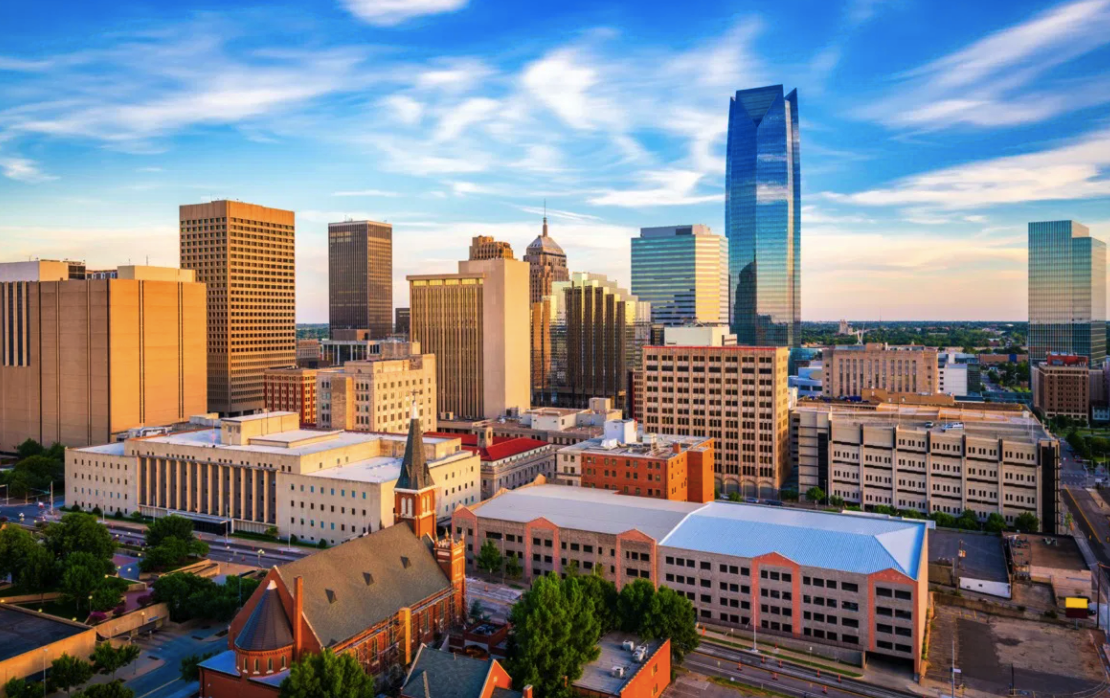 Does it Snow in Oklahoma?

Oklahoma is a state in the south-central region of the United States. It is also known as Native America, as Oklahoma translates to “Land of the Red Man” from the Choctaw language. Oklahoma is the 28th most populous state in the US, with around four million inhabitants. The state covers 177,660 square kilometers and has its highest point as Black Mesa at 4975 feet (1,516meters) and the lowest point at the Little River lying at 289 feet (88 meters) above sea level. But does it snow in Oklahoma?

Oklahoma has a humid subtropical climate. Oklahoma is hit by frequent tornadoes and records the highest number of thunderstorms on earth since it is located where warm and cold breezes meet. It does snow in Oklahoma as temperatures fall below freezing days for around 130 days a year in the panhandle and west regions of the state.

When does it snow in Oklahoma?

Snow occurs almost every winter, with freezing temperatures setting in mid-October through to mid-April. However, the height of the winter is experienced from December through to February.  Oklahoma records 5.6 snowfall days throughout the winter season, and the snow accumulates to about 7.6 inches (193 millimeters).

February is the last month of winter in Oklahoma. There is a general increase in temperatures from those seen in January. On average, temperatures range between highs of 55 degrees Fahrenheit (13 degrees Celsius) and lows of 33 degrees Fahrenheit (1 degree Celsius) but can fall below freezing point on some nights.  About 1.5 inches (38.1 millimeters) of snow is recorded in the state after 1.3 snowfall days.

Where does it snow in Oklahoma?

The panhandle and the northwestern regions of the state are the most likely areas in Oklahoma to receive heavy snowfall during winter. On the other hand, counties along the Red River are the least likely to experience heavy snow.

Oklahoma City is the state capital and the largest city in Oklahoma. It is the most populated city in the state and ranks 26th countrywide. During winter, temperatures in Oklahoma City are frigid, with average highs of 52 degrees Fahrenheit (11 degrees Celsius) and lows of 31 degrees Fahrenheit (-0.55 degrees Celsius). Annual snowfall recordings are about 7.8 inches (198 millimeters) after an average of 5.6 snowfall days.

Tulsa is the second-largest city in Oklahoma and is ranked as the 47th most populous city in the United States with about 400000 inhabitants.  Average highs of 50 degrees Fahrenheit (10 degrees Celsius) and lows of 28.9 degrees Fahrenheit (-1.7 degrees Celsius) are recorded during the winter season. Tulsa records 5.7 snowfall days throughout the year and sees an accumulation of 9.7 inches (246.38 millimeters).

Lawton is a city located in southwestern Oklahoma at an elevation of 1112 feet (339 meters). During winter, temperatures in Lawton range from highs of 54.2 degrees Fahrenheit (12.3 degrees Celsius) and lows of 29.3 degrees Fahrenheit (-1.5 degrees Celsius). Lawton only manages to record 2.3 inches (58.42 millimeters) of snow despite the low winter temperatures after 0.7 snowfall days.  The little snowfall can be attributed to its location in the dry subtropical climate.

Oklahoma has a few skiing resorts that skiing and snowboarding lovers should check out.

Tulsa Ski Club is located in eastern Tulsa, Oklahoma. It was founded as a non-profit organization to promote the common interest of snow skiing. The resort has terrain that caters to all skiing difficulty levels.

Oklahoma Ski resort is located near Oklahoma City, making it easily accessible to winter lovers visiting the state capital. It has several skiing slopes, ranging from the Bunny Hills for beginner skiers to the Black Diamonds for expert skiers.