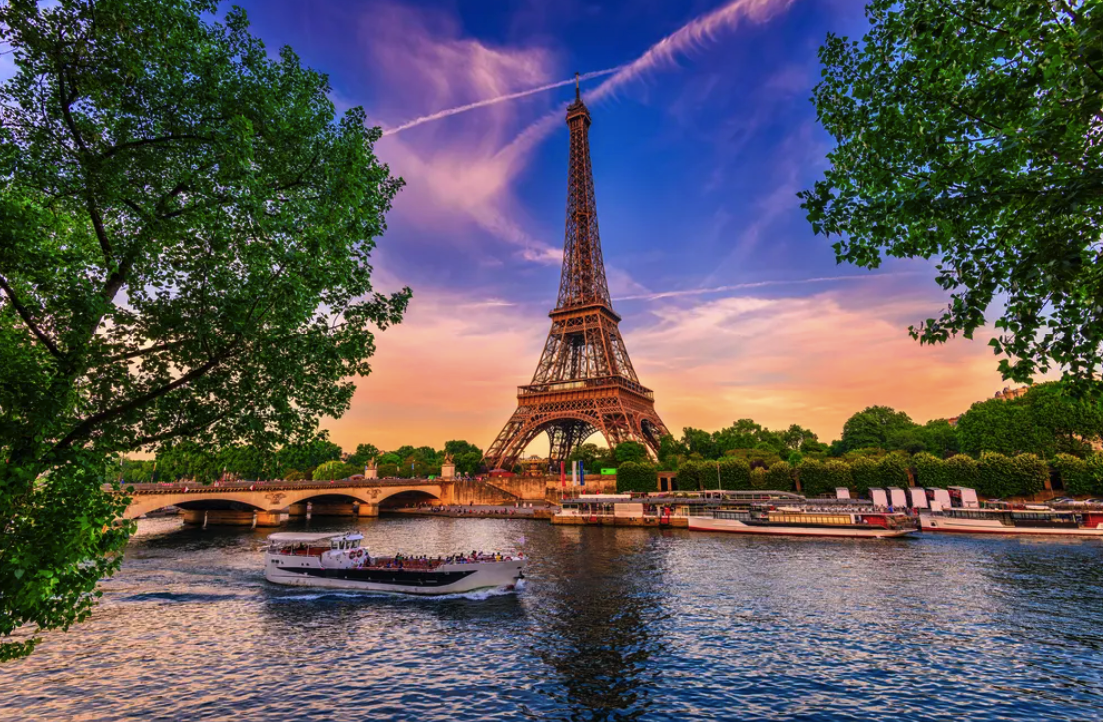 Paris, also known as ‘The City of Love’, is the capital and largest city in France. The city, which sits on a 105.4 square kilometers landmass, is located in the north-central region of France and has a population of 11 million. Paris is the second most visited city in the world, recording a whooping 37 million tourists per year.  The highest point in Paris is Montmartre, at an altitude of 426.5 feet (130 meters), while the lowest point is the Seine River, at an elevation of 80 feet (124 meters). But does it snow in Paris?

Paris experiences a temperate climate characterized by mild winters and warm to hot summers.  The city has well-developed seasons, and winter typically kicks in in mid-December and lasts through mid-March.  During winter, temperatures in Paris are cold but not freezing.  Average temperatures recorded in the city during this period range from highs of 44 degrees Fahrenheit (7 degrees Celsius) to lows of 33 degrees Fahrenheit (1 degree Celsius). Rainfall interspersed with snow is the most significant form of precipitation in Paris during winter.  Due to the high temperatures, the snow does not last on the ground for more than one or two days.

When does it snow in Paris?

December is the first month of winter in Paris.  If a white Christmas is what you are looking for, then Paris won’t fulfill your wish. What you are likely to experience, however, is cloudy days and regular rainfall.  During December, temperatures in the city range from highs of 45.1 degrees Fahrenheit (7.3 degrees Celsius) and lows of 37.4 degrees Fahrenheit (3 degrees Celsius). Snow is rare, but when it does fall, it melts in a matter of minutes, thanks to the city’s high temperatures. Throughout December, Paris records snow for 1.8 snowfall days, and the snow can accumulate up to depths of 0.43 inches (11 millimeters). Rainfall is the heaviest in December, falling for 14.3 days and aggregating up to 1.93 inches (49 millimeters).

January marks the peak of winter in Paris, and subsequently, it is the coldest and snowiest month in the city. Average temperatures during the month range from highs of 42.6 degrees Fahrenheit (5.9 degrees Celsius) and lows of 35.2 degrees Fahrenheit (1.8 degrees Celsius). On average, Paris witnesses 2.4 snowfall days in January and aggregates up to 1.14 inches (29 millimeters) of snow.

February marks the last month of winter in Paris. The frosty conditions experienced in January persist during this month. On average, temperatures range from highs of 45.7 degrees Fahrenheit (7.6 degrees Celsius) and lows of 35.6 degrees Fahrenheit (2 degrees Celsius). Paris experiences 2.8 snowfall days throughout the month, and the snow can accumulate up to depths of 0.79 inches (20 millimeters).

March is the first month of spring in Paris. Temperatures in the city are generally higher than those witnessed in winter and now range from highs of 53.2 degrees Fahrenheit (11.8 degrees Celsius) to lows of 39.4 degrees Fahrenheit (4.1 degrees Celsius). March signals the end of regular snowfall in Paris and records ab accumulation of 0.12 inches (3 millimeters) after 0.6 snowfall days.

It comes as no surprise that Paris has no natural ski resorts, thanks to its little annual snow depth and moderately warm temperatures. Many travel enthusiasts heading to Paris are going there for the rich history, architecture, arts, and of course, the majestic Eiffel Towers. Winter sports enthusiasts, especially skiers and snowboarders, would prefer to spend their tour of France on the slopes of the Alps rather than Paris. This trend might be approaching its twilight years as plans to build a mega indoor ski resort at Elancourt, 35 kilometers outside the city, are currently underway. When the project is completed, Parisians and tourists alike will have access to skiing and snowboarding facilities all year round.

If you happen to be in Paris before the project is complete and are hitching to hit the slopes, there is nothing to worry about as your skiing needs can easily be satisfied. This is because there are plenty of ski resorts only a few hours’ drive from the city where you can engage in skiing and snowboarding activities. The closest ski resort to Paris is Gérardmer, located 345 kilometers outside the city. Other nearby resorts include Le Markstein, Super-Besse, and Métabief, among others.