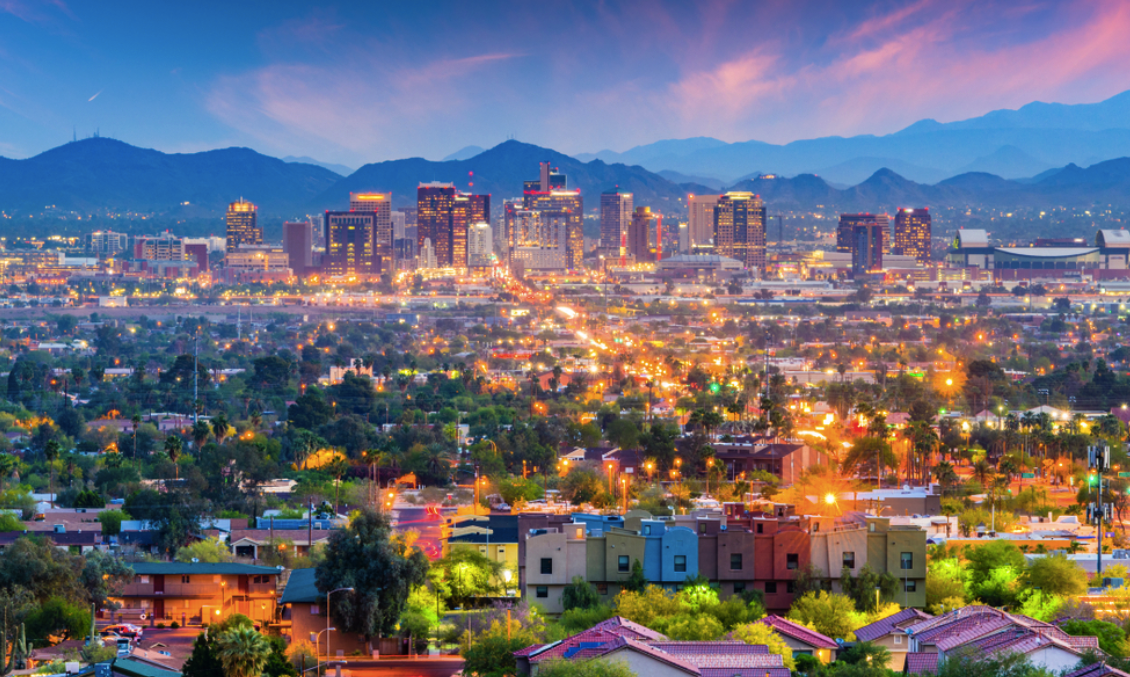 Does it Snow in Phoenix?

Born from the ruins of a former civilization, the City of Phoenix has grown and risen to become the capital and the most populous city in Arizona. It covers an area of about 500 square miles and is home to about 1.7 million people. Phoenix lies at an elevation of 1,117 feet above sea level, with its highest point being the Camelback mountain at 2704 feet above sea level, while the lowest point is Gila Valley at about 900 feet above sea level. So, does it snow in Phoenix?

January is the month that is most likely to snow in Phoenix. During the month, one might wake up to see some sleet, hail, or snow in Phoenix though the chances of it happening are relatively small.

History of Snowfall in Phoenix

On average, it snows in Phoenix after every 20-25 years. The most snow recorded to have ever fallen in Phoenix was on January 20, 1933, when up to 1 inch (25.4 millimeters) of snow graced the land. As you would have guessed, the snow neither lasted for long nor accumulated further bar for a couple of days in some shaded areas.

The most recent significant instance of snowfall in Phoenix happened in December 1998, when about 0.22 inches (5.59 millimeters) of snow fell on the northwestern part of the valley.

It has also been recorded that on January 25, 2021, a rare winter storm brought snowfall to parts of Phoenix.

Where does it snow in Phoenix?

Though a rare occurrence in Phoenix, snowfall tends to occur on the higher foothill elevations of the north valley.  Snow had also been recorded in the lower sides of the valley though it didn’t accumulate to significant depths.  Areas such as Carefree, Cave Creek, Fountain Hills, and Anthem have also recorded receiving dustings of snow.

Phoenix is totally bad news to the winter sports enthusiast hoping to hit the slopes for skiing, snowboarding, or snowshoeing. This is because the region’s hot climate ensures it seldom gets to snow, and in the event it does, the snow melts away in no time at all. It is, therefore, inevitable that the Phoenix area has no skiing scenery or winter sports event.

However, the region’s hot and dry climate is a welcome respite to sun-lovers seeking to escape the harsh weather and snow in other parts of the country during winter.  From biking, hiking and climbing to camping, Phoenix offers visitors a wide array of activities they can immerse themselves in.

Phoenix makes up for its apparent lack of snow with beautiful scenery and history-rich museums where one can learn about almost everything about the area’s history.  In Phoenix, some of the must-visit places include the Musical Instrument Museum having more than 6,800 instruments from 200 different countries and territories, the Desert Botanical Garden, the Phoenix Zoo, and the Phoenix Art Museum. A trip to the Grand Canyon is also up in the cards.