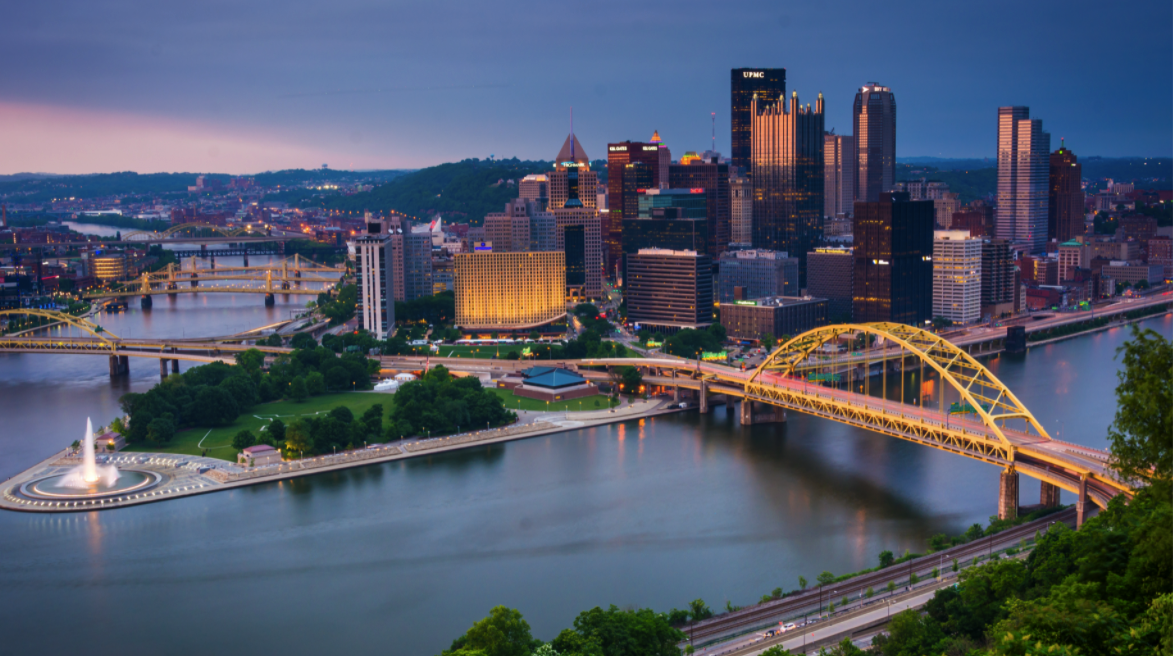 Pittsburgh, also known as “City of Bridges”, is a city in southwest Pennsylvania, located at the confluence of Allegheny River and Monongahela River. The city covers an area of 151.11 square kilometres, making it the 68th largest city in the United States. Pittsburg is also the second-most populous city in Pennsylvania, with a population of 302,971. But does it snow in Pittsburgh?

When does it snow in Pittsburgh?

Snowfall in Pittsburg is not limited to the winter season alone. The city experiences snow for seven months, starting from October to April. Pittsburgh averages an annual snow accumulation of 11.77 inches (299 millimetres) after 47.7 snowfall days.

Snowfall in October and November

October and November are snowy autumn months in Pittsburg. The city experiences enjoyable temperatures that range from highs of 62.2 degrees Fahrenheit (16.8 degrees Celsius) in October to lows of 34.2 degrees Fahrenheit (1.2 degrees Celsius) in November. October is the first month of snowfall in the city and witnesses a snow accumulation of 0.16 inches (4 millimetres) after 0.2 snowfall days.  In November, it snows in the city for 3.5 days and the snow aggregates to a depth of 0.79 inches (20 millimetres).

December signals the start of the cold winter season in Pittsburgh. It is also the first month of sub-zero temperatures in the city. On average, December temperatures in Pittsburgh fluctuate from highs of 39.4 degrees Fahrenheit (4.1 degrees Celsius) to lows of 28.4 degrees Fahrenheit (-2 degrees Celsius). It snows in Pittsburgh for an average of 10.3 days in December, and the snow aggregates to a depth of 2.01 inches (51 millimetres).

January is another chilly winter month in Pittsburgh. Temperatures in the city are at an all-year low and fluctuate between highs of 33.1 degrees Fahrenheit (0.6 degrees Celsius) to lows of 21 degrees Fahrenheit (-6.1 degrees Celsius).  January is also the snowiest month in Pittsburg, with the city recording a snow accumulation of 3.31 inches (84 millimetres) after 14.4 snowfall days.

Snowfall in March and April

March witnesses snow for 7.1 days, and the snow aggregates to a depth of 2.52 inches (64 millimetres). April is the last month it typically snows in Pittsburgh, and the city records a snow accumulation of 0.16 inches (4 millimetres) after 1.4 snowfall days.

Where does it snow in Pittsburgh?

Snowfall is recorded in all parts of Pittsburgh during the snow season, but some areas receive more snowfall than others.

Pittsburgh does not have natural or artificial ski resorts within its metropolitan area. Winter sports enthusiasts in the city, however, can hit the slopes on the nearby Allegheny mountains. Some of the notable ski resorts near Pittsburgh include:

Hidden Valley Resort is located in Laurel Highlands, about an hour’s drive south of downtown Pittsburgh.  The resort is spread over 110 acres of skiable terrain and has 26 trails that serve beginner, intermediate, and advanced level skiers. It also has two terrain parks and a snow tubing area, making it a great family destination.  Hidden Valley Resort is usually open from early December to late March.

Perched on top of the Blue Knob, Pennsylvania’s highest skiable mountain, Blue Knob All Seasons Resort is ideal for advanced and expert skiers looking for challenging terrains. The resort, however, is not limited to advanced skiers as it has a separate area for beginner and intermediate skiers. Blue Knob offers 100 skiable acres and is serviced by five lifts.