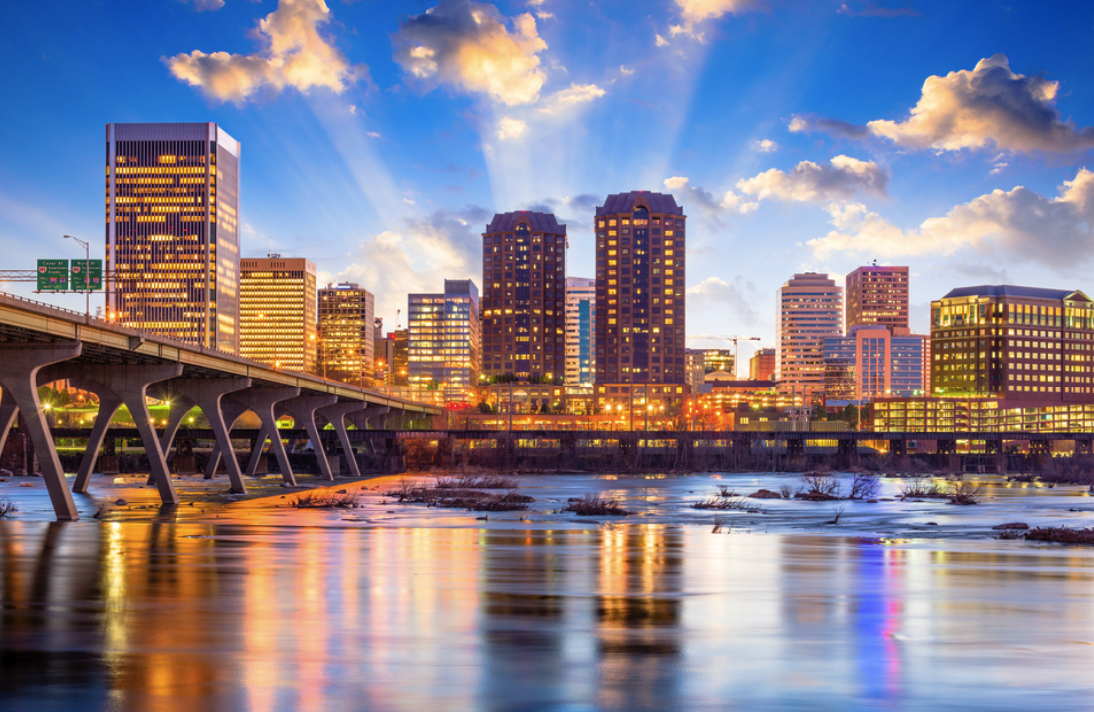 Does it Snow in Richmond Virginia?

Richmond is the capital and fourth-most populous city in the Commonwealth of Virginia. It is one of the oldest cities in the United States as it was founded in 1737 and incorporated in 1742. The city sits at an elevation of 166.45 feet (45.7 metres) and has a population of 226,610 living on its 162.05 square kilometre metro area. Due to the high crime rate in the city, Richmond is regarded as one of the most dangerous U.S. cities to live in. But does it snow in Richmond?

Richmond experiences a humid subtropical climate featuring hot, humid summers and cool, snowy winters. Snow is a common feature in Richmond and has been recorded during seven different months of the year.  The snow, however, doesn’t stay on the ground for long, lasting only between one and two days.

When does it snow in Richmond?

The winter season in Richmond usually lasts from December to early March and is accompanied by cold temperatures and moderate snowfall. The city, however, tends to record its first sighting of snow in November and the last one in April. On average, Richmond records an annual snow accumulation of 7.2 inches (183 millimetres) after 10.1 snowfall days.

November is a mild autumn month in Richmond. Temperatures across the city gradually drop as the city begins to usher in the cold winter weather. The average daily temperatures recorded in Richmond in November vary from highs of 57 degrees Fahrenheit (13.9 degrees Celsius) to lows of 40.8 degrees Fahrenheit (4.9 degrees Celsius). November is the first month it snows in Richmond, and the city records a snow accumulation of 0.28 inches (7 millimetres) after 0.3 snowfall days.

December is the first month of winter in Richmond, Virginia. Average temperatures across the city are in the frosty range but remain above freezing point. The temperatures recorded in the city for the month fluctuate between highs of 49.1 degrees Fahrenheit (9.5 degrees Celsius) to lows of 35.1 degrees Fahrenheit (1.7 degrees Celsius). It snows in Richmond for 1.5 days in December, and the snow aggregates to a depth of 1.65 inches (42 millimetres).

January is the coldest month and the first month of sub-zero temperatures in Richmond. The average temperatures recorded in Richmond in January vary from highs of 44.6 degrees Fahrenheit (7 degrees Celsius) to lows of 29.7 degrees Fahrenheit (-1.3 degrees Celsius). It is also the month with the most snowfall in the city, witnessing a snow accumulation of 2.05 inches (52 millimetres) after 3.3 snowfall days.

February is the last full winter month in Richmond. Temperatures in the city are slightly warmer than those recorded in January and occasionally breach the freezing mark.  During the month, the average temperatures recorded in Richmond range from highs of 49.3 degrees Fahrenheit (9.6 degrees Celsius) to lows of 31.8 degrees Fahrenheit (-0.1 degrees Celsius). It snows in Richmond for 2.9 days in February, and the snow aggregates to a depth of 1.42 inches (36 millimetres).

Where does it snow in Richmond?

Snowfall is recorded in all parts of Richmond during the snow season. However, the amount of snowfall recorded varies from one part of the city to another.

Richmond is never a dull place in winter, especially not to a winter sports enthusiast. This is because there are several ski resorts located within a few hour’s drive of the city.

Wintergreen is a family ski resort located in Nellysford, about 1.5 hours from Richmond. The resort covers 52 acres of skiable terrain and has 26 runs that cater to all skiing difficulty levels. On average, Wintergreen records an annual snow accumulation of 35 inches (890 millimetres) and supplements it with artificial snow from its 400 snowmaking guns.

Massanutten is another excellent ski and snowboard area located near Richmond. The resort has 69 acres of skiable terrain and 13 trails that accommodate all levels of skiers. It also has two terrain parks and is equipped with eight lifts for transporting guests.