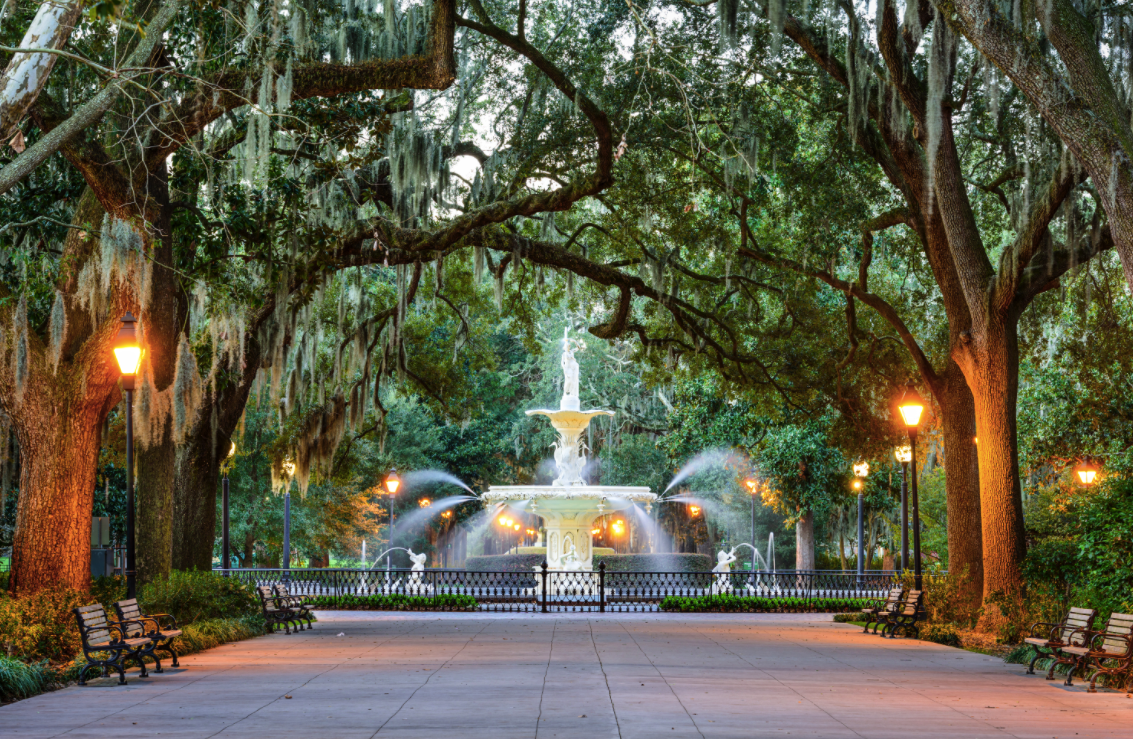 Savannah, the first state capital of Georgia, was founded in 1733, making it the oldest city in the state. The city lies on the shores of the Atlantic Ocean and served as an important port during the American Revolution and the American Civil War. Savannah, Georgia covers an area of 281.69 square kilometres and is home to 147,780 people. But does it snow in Savannah, Georgia?

Savannah, Georgia, experiences a humid subtropical climate characterized by long, warm summers and short, mild winters. And as the city is located close to the Atlantic Ocean, it doesn’t experience the extreme temperatures witnessed in the interior parts of the state. Despite having a winter season, it rarely snows in Savannah, Georgia, with snowfall appearing even decades apart.

When does it snow in Savannah, Georgia?

Winter in Savannah, Georgia, starts in December and lasts through to February. Temperatures across the city are mild and vary from highs of 64.4 degrees Fahrenheit (18 degrees Celsius) to lows of 38 degrees Fahrenheit (4 degrees Celsius).  January is the month that Savannah, Georgia, is most likely to witness snowfall. And if it does snow in Savannah, the snowfall falls for a single day and doesn’t stay on the ground for long.

Over the years, there have been instances of snowfall in Savannah, Georgia. Here are three of the most recent snowfall events in the city.

The cold wave that hit the United States in December 1989 brought about the heaviest snowfall in Savannah’s most recent history.   During that month, heavy snowfall fell on the city in a single day and the snow accumulated up to a depth of 3.9 inches (99 millimetres).

After the mega snowfall event of 1989, Savannah, Georgia, didn’t witness another instance of snowfall for another six years. However, in February 1996, the city witnessed snowfall again when it received two-tenths of an inch of snowfall.

The latest instance of snowfall in Savannah, Georgia, occurred in January, 3rd 2018, more than two decades after the previous snowfall event. On that day, an unusual snowstorm brought heavy snowfall to the city, resulting in the closure of schools and businesses. It is estimated that between two and four inches of snowfall fell on the city on that day.

If you are a snow lover or a winter sports enthusiast, you will be disappointed to learn that Savannah, Georgia, has no skiing amenities. As of now, the city has no natural ski resorts or artificial indoor ski arenas.

What to do in Savannah, Georgia

Do not let the fact that Savannah, Georgia, lacks snowfall and ski resorts discourage you from visiting this city, as it is home to endless attractions that would make your trip worthwhile. Some of the top destinations you shouldn’t miss while in the city include:

This historic theatre was built in 1818, making it the oldest continually operating theatre in the United States.  The theatre is located on Chippewa Square in the heart of the city and serves as both a live performance centre and a movie theatre.

The Paris Market is a shopping centre that was established in 2001 by Paula and Taras Danyluk. The centre contains articles from the world’s most diverse marketplaces, and you will most likely find something that will excite you there.

Wormsloe Historic Site is an old colonial estate that contains the mansion belonging to Noble Jones, United States’ founding colonialist. The Avenue of the Oaks, which refers to a one-and-a-half-mile road lined with oak trees, leads to this ancient establishment that has been standing since the 1730s.

This is a World War II Museum located just outside Savannah. The museum contains historical exhibits from the devastating war and information regarding the Eight Air Force Regiment. While on a visit to the museum, you will be walked through all the steps of the conflict. You will also see some of the personal stories of the fighters and the military planes used during the war.

This is the birthplace and family home of Juliette Gordon Low, the founder of the Girl Scouts. The house was built in 1821 and was the first National Historic Landmark in Savannah.