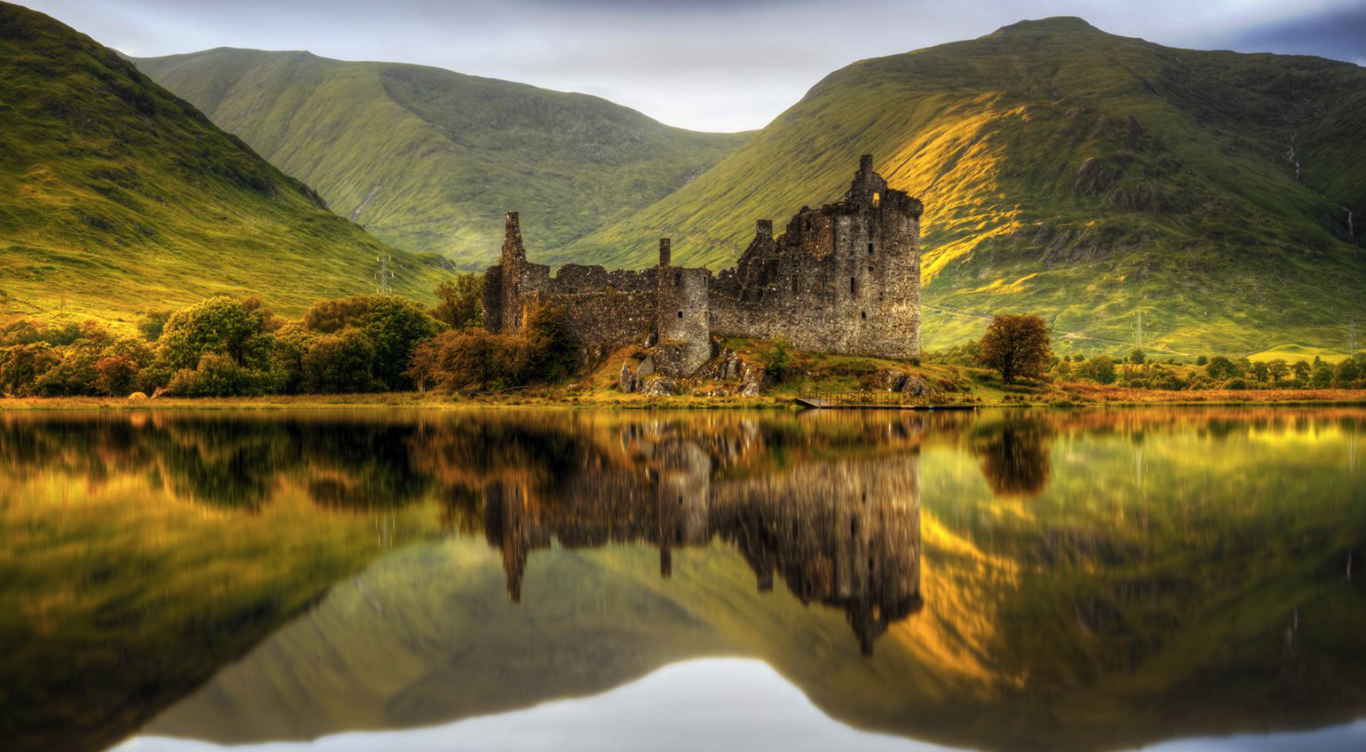 Does It Snow In Scotland?

Scotland is a unique country made up of more than 790 islands. It is located in Northern Europe is part of the United Kingdom. The highest point in Scotland is Ben Nevis, which rises to  4,413 feet (1345 meters) above sea level, while the Atlantic Ocean, lying at sea level, is its lowest point. Being famous for its whiskey, castles, and highlands, to name but a few, it is unsurprising that the country is a top destination for many travel enthusiasts. But does it snow in Scotland?

Scotland has a temperate oceanic climate that varies a lot. Scotland gets the coldest climatic conditions compared to the other members of the United Kingdom. During winter, temperatures average 43 degrees Fahrenheit (6 degrees Celsius) in the plains, while highlands such as the Grampian mountains, temperature drop to -17 degrees Fahrenheit (-27.2 degree Celsius).

It snows heavily in Scotland, but the number of snowfall days vary depending on altitude. Low-lying areas receive about ten days of snow per year, while the highlands record almost 60 days of snowfall.

When Does it Snow in Scotland?

Scotland experiences snow during winter, which runs from mid-November till early March. On average, the country experiences 15 to 20 days of snowfall during this period. During this period, the weather is chilly, and the average temperatures recorded in this period hit 41 degrees Fahrenheit (5 degrees Celsius) at its highest.

Here is a breakdown of the `snowy months in Scotland.

November is the first month of winter in Scotland. Temperatures average around 44.6 degrees Fahrenheit (7 degrees Celsius) during the day and may approach freezing point at night. Being the onset of winter, there is little snow in most places, except for high mountains, which are covered in snow.

It chilly during the time of the year as temperatures drop to an average of 41.9 degrees Fahrenheit (5.5 degrees Celsius). Snow white Christmases are typical in Scotland as it snows severely.

Where Does it Snow in Scotland?

The chances of snowing in Scotland increases with altitude, with high altitude regions receiving more snow than low altitude areas. Also, good to note is that during winter, the northern regions of Scotland receive more snow than other parts of the country.

Here is an overview of some of the snowiest places in Scotland, such as Ben Nevis in the Grampian mountains.

Edinburgh is Scotland’s capital city and is located in the Central Belt, the most densely populated area in Scotland. Edinburgh covers an area of 10,000 square kilometers and has over three million people, making about 60% of the entire Scottish population.

Edinburgh has a temperate maritime climate due to its closeness to the sea. Its winter daytime temperatures rarely fall below the freezing point, with December recording the lowest temperatures during winter at 34.3 degrees Fahrenheit (1.3 degrees Celsius). The city occasionally experiences snow.

Ben Nevis mountain is the highest mountain in the United Kingdom and stands on the Grampian Mountain ranges in northern Scotland. It has an elevation of 4413 feet (1345 meters) above sea level.

Glasgow is a city in Scotland covering 175 square kilometers and has an altitude of 2293 feet above sea level. This city is prone to the chilly winter, with temperatures dropping as low as 17.6 degrees Fahrenheit (-80 degrees Celsius).

Glasgow receives small amounts of snowfall during its winter period, which runs from November to April.

Snow in the Cairngorms

The Cairngorms is a mountain range in eastern Scotland rising to 1200 meters above sea level.  With its elevation, it is unsurprising that the mountain range experiences low temperatures of 22.1 degrees Fahrenheit (-5.5 degrees Celsius) during winter. The Cairngorm gets about 126 inches of snow annually.

The skiing season in Scotland runs concurrently with the winter season. The country’s skiing infrastructure is well developed, with about five outdoor ski resorts and an indoor snow center. Here are a few ski resorts that guarantee you an excellent skiing experience.

Glenshee ski resort in the Scottish Highlands and has 40 kilometers of slope for skiing and snowboarding. It lies between 650 and 900 meters above sea level and is served by 21 ski lifts covering a total of 11.5 kilometers.

The ski slopes cater to all difficulty levels making it a top destination for both newbies and seasoned skiers. The resort has 24 kilometers of easy level skiing, 10 kilometers for intermediate skill level skiers, and 6 kilometers for expert-level skiers. Glenshee ski resort operates from mid-December to mid-April.

Cairngorm Mountain ski resort is also located in the Scottish Highlands between elevations 640 meters and 1,230 meters above sea level. It has 32 kilometers of slope for skiing and snowboarding. The resort is served by 11 ski lifts covering a total length of 8.9 kilometers and ferries 9,300 passengers per hour.

It also provides phenomenal panoramic views of the surroundings from 3,500 feet above sea level.

The ski resort is open from late November to early May.

This is another ski resort located in the Scottish Highlands. It has 24.3 kilometers of slope available for skiing and snowboarding. It is served by eight ski lifts carrying 5,800 passengers per hour while covering a total distance of 4.1 kilometers.