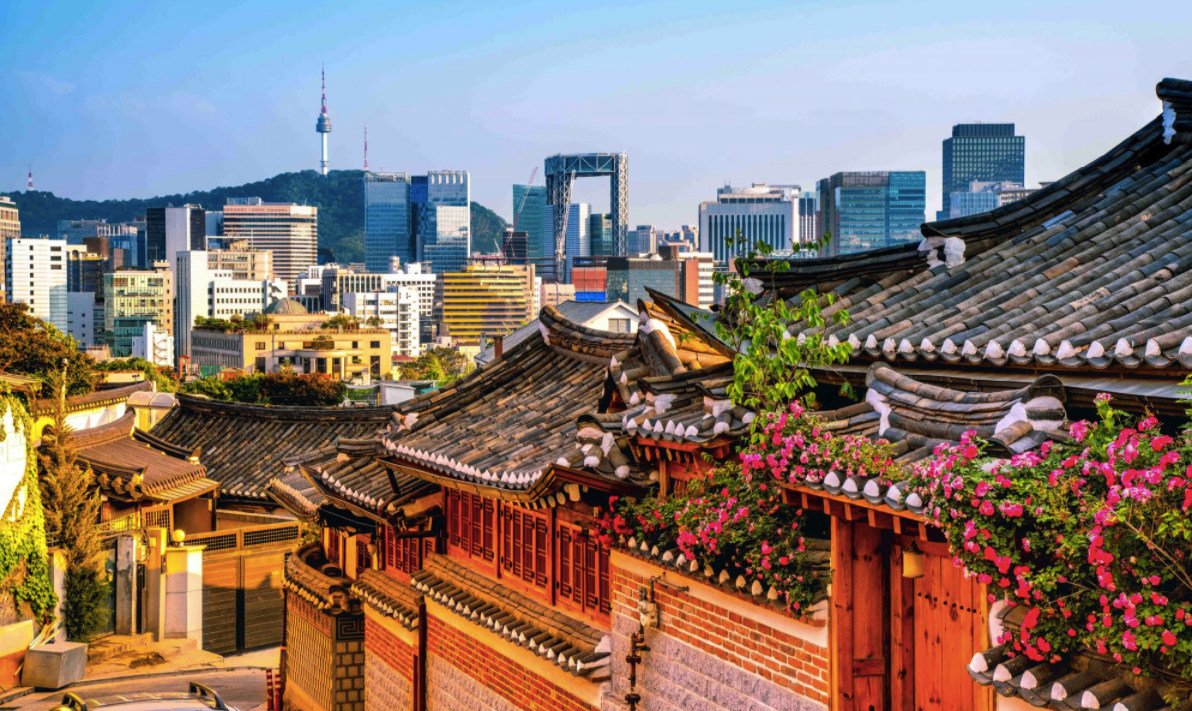 Seoul is the capital and most populous city in South Korea. The city sits at an elevation of 125 feet (38 metres) and has a population of 9.7 million spread across its 605.21 square kilometre landmass. Seoul is famous for its major modern architectural constructions and for being the home of five UNESCO World Heritage Sites. But does it snow in Seoul?

Due to its location in extreme East Asia, Seoul experiences a humid subtropical climate that is influenced by the East Asian monsoon. The city has four well developed seasons and experiences cold, dry winters and hot, humid summers. Seoul is a victim of the urban heat island effect and records warmer temperatures at the city centre than in the suburbs. The city records little snowfall in winter, and the snow doesn’t stay on the ground for long.

When does it snow in Seoul?

The winter season in Seoul lasts from December to February and is characterized by freezing temperatures and slight snowfall. The city, however, usually records its first instance of snowfall in November and the last one in March. It snows in Seoul for 25 days annually, and the snow can accumulate up to a depth of 3.1 inches (78.7 millimetres).

November is the last month of autumn in Seoul and the first month of snowfall in the city. Average temperatures in the city are mild and range from highs of 52.9 degrees Fahrenheit (11.6 degrees Celsius) to lows of 37.8 degrees Fahrenheit (3.2 degrees Celsius). The number of snowfall days in November fluctuates yearly, but the city averages a snow accumulation of 0.1 inches (2.5 millimetres).

December is usually the first month of winter and freezing temperatures in Seoul. As the cold winter weather sets in, temperatures in the city significantly drop from those recorded in November. Seoul records chilly temperatures ranging from highs of 39.7 degrees Fahrenheit (4.3 degrees Celsius) to lows of 26.2 degrees Fahrenheit (-3.2 degrees Celsius). Snowfall in the city increases from that recorded in November, and the snow can accumulate up to a depth of 0.8 inches (20.3 millimetres).

February marks the last month of the winter season in Seoul. Temperatures in the city increase slightly from those recorded in January but remain in the freezing range. The average temperatures recorded for the month vary from highs of 40.5 degrees Fahrenheit (4.7degrees Celsius) to lows of 25.9 degrees Fahrenheit (-3.4 degrees Celsius). Sporadic snowfall is recorded in the city, and the snow accumulates to a depth of 0.9 inches (22.9 millimetres).

Where does it snow in Seoul?

Snow falls indiscriminately across Seoul in winter but is heavier on the mountains and hills surrounding the city.

Seoul has no indoor or outdoor ski resorts within its metropolitan area. There are, however, several ski resorts located within a few hundred kilometres from the city. Some of the famous ski resorts near Seoul include:

Bears Town Ski Resort is a ski and snowboarding area located in Pocheon, about 40 kilometres from downtown Seoul. The resort has 11 slopes that cater to beginner and intermediate skiing and snowboarding difficulty levels. It is also a great place to learn skiing or snowboarding as it has excellent English-speaking trainers.

Phoenix Ski Park is a winter sports area located in Gangwon-do on a two-and-half-hour’s-drive from downtown Seoul. The resort is spread over two mountain peaks and has 21 slopes available for skiing and snowboarding.

Yongpyong ski resort is another ski resort located in the Gangwon-do region, about 150 kilometres from Seoul. It is the largest ski resort in South Korea and hosted the 2018 Pyeongchang Winter Olympics. The resort has 31 slopes that cater to all skiing difficulty levels and is open from November to early April.