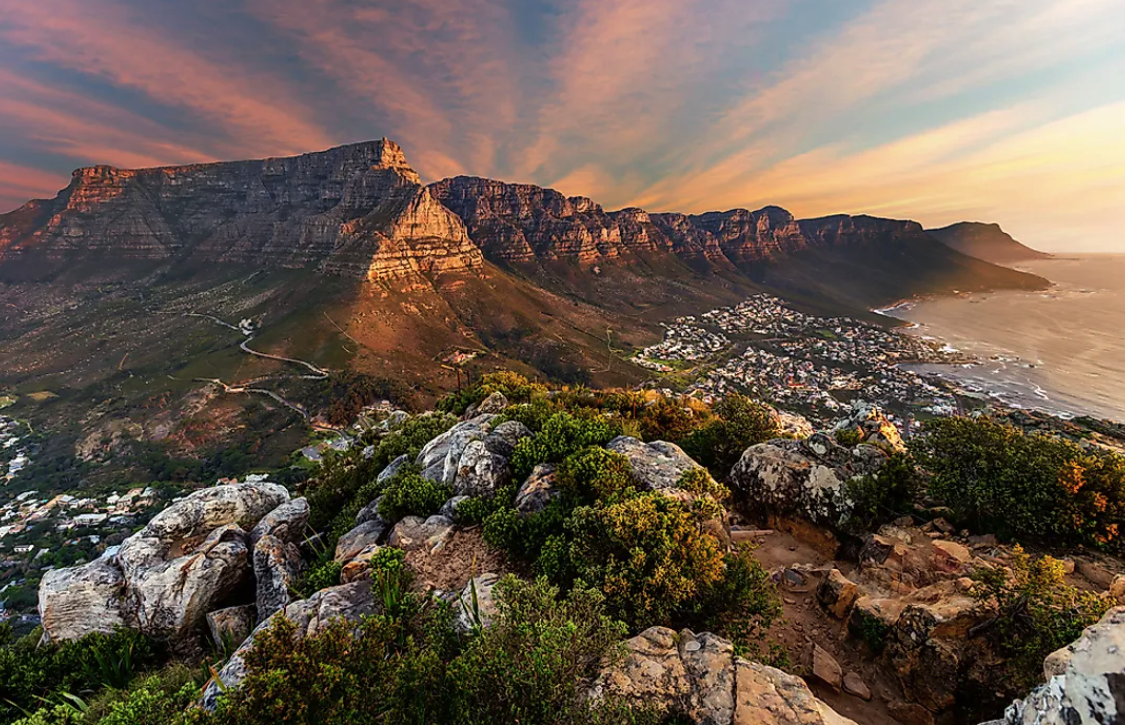 South Africa is a country in Africa that covers an area of 1,221,037 square kilometers. It is one of the most populous nations in the world with a population of 59 million people. The country extends from Botswana in the north to the Indian Ocean in the south and traverses through a landscape that comprises mountain ranges, highveld plains, the rugged Drakensberg mountain, and the savannah in Mpumalanga. But does it snow in South Africa?

South Africa has a vast and varied landscape which results in different climatic conditions being experienced in the country. While the highlands of Highveld experience snow-less cold winters, high altitude regions such as the Cape and Drakensberg regions record subzero temperatures which are ideal for the formation of snow. It is, therefore, uncommon to see the peaks of the Cape and Drakensberg mountains covered in snow during winter.

When does it Snow in South Africa?

Winter occurs between June and August. The winters are mostly moisture-less and dry with snow falling in the mountainous regions.

During the month, Sutherland receives up to 0.31 inches (8 millimeters) of snow.

Being the middle of winter, Sutherland sees a drop in temperature and records an average low temperature of 39.2 degrees Fahrenheit (4 degrees Celsius).

Snow falls for 1.4 days and accumulates up to depths of 0.24 inches (6 millimeters).

Where does it Snow in South Africa?

Pretoria is the Executive capital city of South Africa. It lies at an altitude of 4393 feet (1339 meters) above sea level. The city experiences low temperatures which can reach 23 degrees Fahrenheit (-5 degrees Celsius) during winter.

Despite the high altitude and frosty temperatures, it rarely snows in Pretoria.

Western Cape is a province in South Africa that covers an area of 129,449 square kilometers. Snowing is a frequent event in the Western Cape Mountains.

It rarely snows in the nation’s other capital Cape Town.

Snow in the Northern Cape

Places such as Sutherland in the Northern Cape experience snowfall for 5.2 days and collects up to 1.18 inches (30 millimeters) of snow.

South Africa has an active skiing scene with the presence of the Tiffindell ski resort.

The ski resort is located in the Drakensberg Mountains between the elevations of 2700 and 2930 meters above sea level. It has 2.4 kilometers of slope for skiing and snowboarding.

The resort is served by 5 ski lifts to transport guests and opens its doors from June through September.