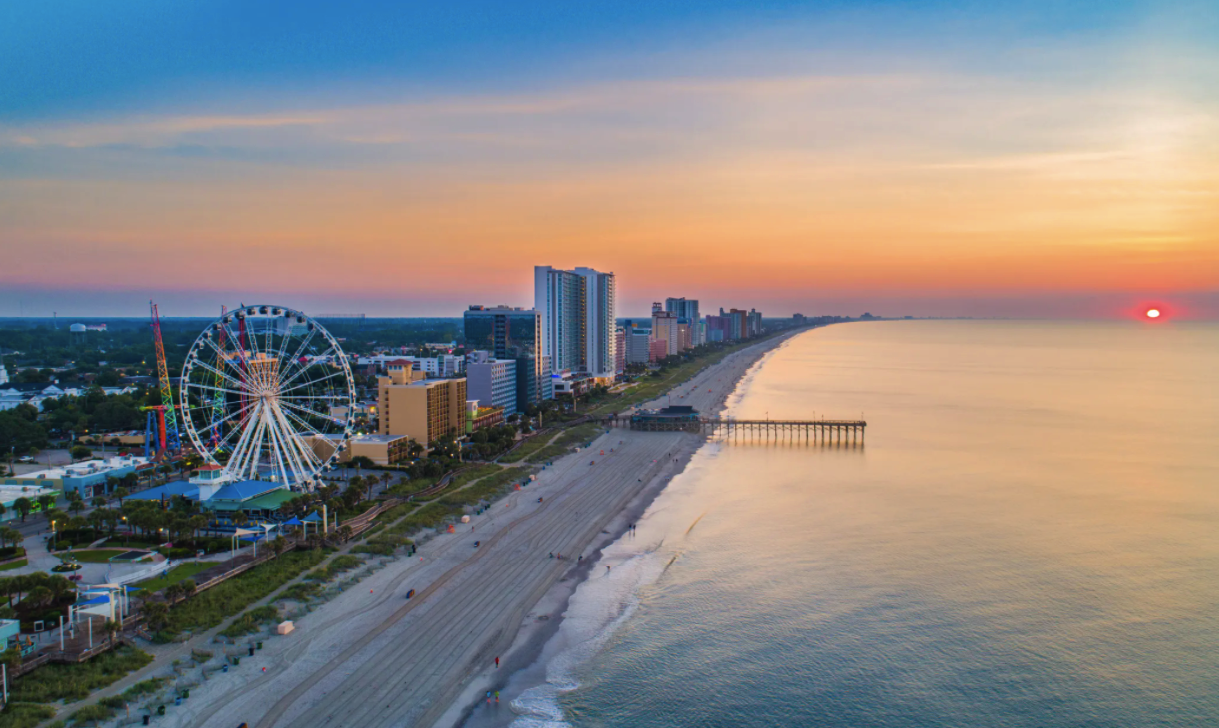 Does it Snow in South Carolina?

South Carolina experiences a humid subtropical climate with hot summers and mild winters. The South Carolina winter season lasts from December to February, and temperatures often drop below freezing point.  Despite this, snowfall is usually light and accumulates to less than an inch in most parts of the state. Temperatures decrease, and the amount of snowfall increases as you move from the coast towards the high elevation regions of the northwest.

When does it snow in South Carolina?

December marks the start of winter in South Carolina. Temperatures generally range from highs of 62 degrees Fahrenheit (17 degrees Celsius) in the coastal regions to lows of 28 degrees Fahrenheit (-2 degrees Celsius) in the high-altitude areas of the state. The coastal city of Charleston receives snowfall for 0.2 days, and the snow accumulates up to depths of 0.3 inches (8 millimeters). Caesars Head State Park in upstate South Carolina sees the most snowfall and records 1.3 inches (33 millimeters) of snow after witnessing 0.5 snowfall days.

January is the peak of winter in most parts of South Carolina. It is also the coldest and snowiest month in the state, with average temperatures hovering around 45.3 degrees Fahrenheit (7.4 degrees Celsius). Charleston sees snowfall for 0.1 days throughout the month, but the snow doesn’t accumulate to significant depths.  Greer in the northwest receives the highest snowfall, recording an accumulation of 2.3 inches (58 millimeters) after 1.2 snowfall days.

As winter draws to a close, there is a general increase in temperatures from those recorded in January.  Average temperatures are in the region of 48.5 degrees Fahrenheit (9.1 degrees Celsius), and they rarely fall below freezing point. The amount of snowfall in the coastal area is negligible, while the highlands still witness light dustings. On average, Greer sees snow for 0.7 snowfall days, and the snow accumulates to a depth of 1.0 inches (25 millimeters).

Where does it snow in South Carolina?

Charleston is the largest and 3rd most populous city in South Carolina. The municipality covers an extensive 330 square kilometers and is home to over 800,000 people.  Winters in Charleston are short and mild and are characterized by freezing rain and the occasional light snowfall. The heaviest instance of snowfall in Charleston happened on Dec 23, 1989, when 6.0 (152 millimeters) of snow fell on its metropolitan area. On average, Charleston sees snowfall for 0.5 days and records a snow depth of 0.5 inches (13 millimeters) throughout the year.

Columbia is the 2nd largest city in South Carolina and serves as the states’ capital.  Columbia has recorded its earliest snowfall in November and the latest in April despite winter in the city lasting from December to February. The coldest month in Columbia is January, with low temperatures of 34 degrees Fahrenheit (1.1 degrees Celsius) being recorded.  Throughout the year, Columbia records 0.5 snowfall days and a cumulative snow depth of 0.5 inches (13 millimeters).

Greer is a small city in the Upstate region of South Carolina, having a population of 33,000. It receives the highest snowfall in South Carolina, posting a yearly average of 4.7 inches (119 millimeters) of snow after experiencing snowfall for 2.8 days. January is both the coldest and snowiest month in Greer.

The lack of enough snow cover, low altitude of the state, and the region hot climate is the reason why the skiing scene in South Carolina is less developed compared to its neighbors, say, North Carolina. With no natural ski resorts or artificial ones to cater to the needs of snow revelers, the winter season sees South Carolina’s winter sports lovers crossing the border and hitting the snowy slopes of North Carolina.

Winter, however, is not that dull in South Carolina as the state has a lot to offer to the occasional traveler who happens to be within its borders. You can decide to visit the various historical museums and learn about the history of Palmetto State, go hiking on the slopes of the Sassafras, or even go horse-riding on the beach.