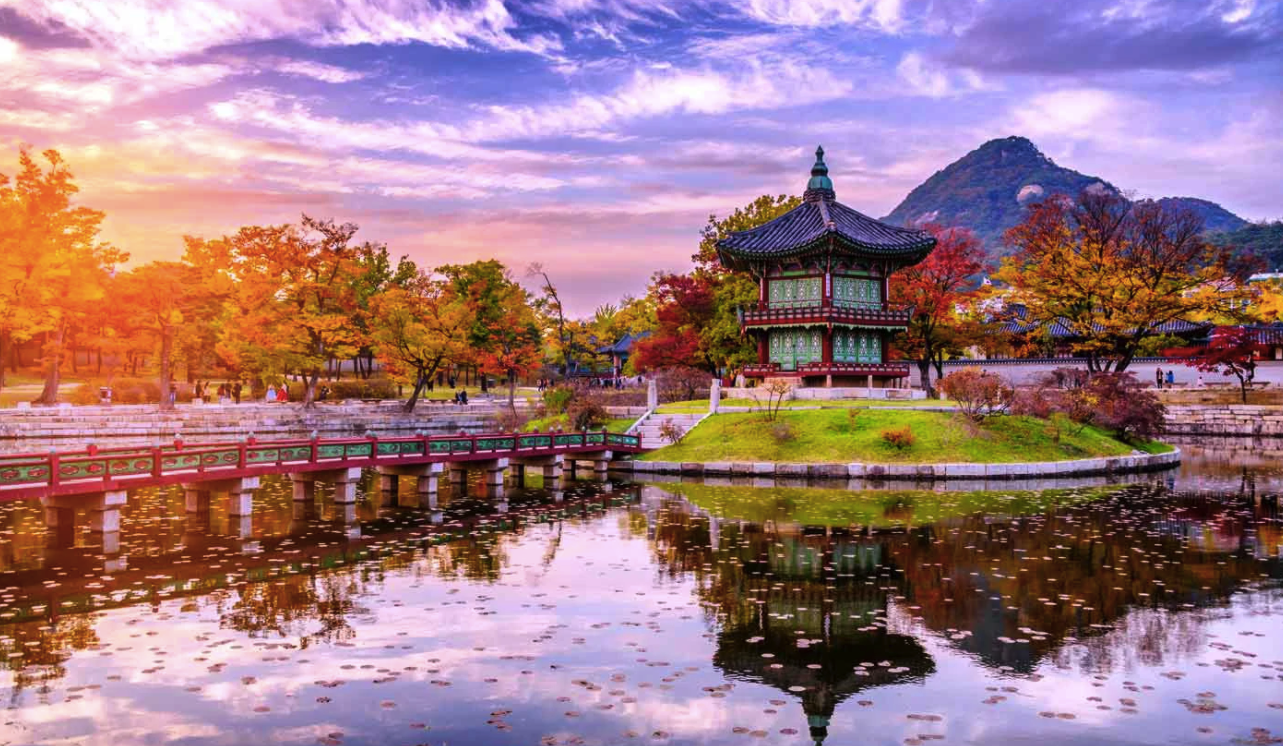 Does It Snow In South Korea?

South Korea is a country in East Asia located on the southern side of the Korean Peninsula. It sits on a landmass measuring 100,032 square kilometers. South Korea has no extensive plains, with a sizeable amount of its land covered with uplands and mountains (only 30 percent of South Korean territory is covered with lowlands). So, does it snow in South Korea?

Being part of the East Asian Monsoon region, South Korea’s climate is affected by the movement of air masses. Winters are cold and sunny, whereas summers experience a hot and sultry climate with abundant rainfall. It snows in South Korea from November through to mid-March. The highest amount of snowfall ever experienced in the country happened on January 20, 1955 with snow reaching depths of 59.41 inches (1,500 mm) in Ulleungdo.

When does it Snow in Korea?

South Korea experiences different climatic conditions throughout the year. Depending on the region, snowfall may be witnessed or not. Snow is rarely seen in the lowlands; it may snow for a day or two in November and December, but it immediately thaws away.

The following is a breakdown of the months experiencing most snow in South Korea:

South Korea experiences low rainfall and mild temperatures in November. The temperatures fall to an average low of 37.8 degrees Fahrenheit (3.2 degrees Celsius) as it prepares for the onset of the winter season. It rarely snows in November, with snow witnessed for a day or two on average. Skiing resorts such as Pyongyang ski resort start opening from mid-November.

December is the first month of winter in South Korea. This month is cold, and temperatures may hit an icy average of 26.2 degrees Fahrenheit (-3.2 degrees Celsius). Rain falls for 7.4 days, with total precipitation of 0.85 inches (21.5 millimeters) being recorded.

Snows fall in Gangwon-do and Gyeonggi-do in northern South Korea towards the end of the month. An average of 6.1 days of snow is experienced in December.

While most of the country experiences ice-cold temperatures during this month, you may still find people wearing t-shirts during the day in the country’s southern parts.

January is the second coldest month in South Korea, with temperatures hitting an average low of 21.4 degrees Fahrenheit (-5.9 degrees Celsius). South Korea experiences the least rainfall in January, with only 6.5days of rain being recorded. The average precipitation recorded is 0.82 inches (20.8 millimeters).

January has the most snowing days, with an average of 8 days.

Winter continues through February, with South Korea experiencing average temperatures of 25.9 degrees Fahrenheit (-3.4 degrees Celsius). The number of days receiving rainfall drops to an average of 5.8 days, making it the winter month with the lowest amount of rain. The total amount of precipitation recorded is 0.98 inches (25.0 millimeters).

February has the least number of snowing days during the winter period, with 5.2 days being recorded.

Where does it Snow in South Korea?

Snow falls mainly in the high mountainous regions of northeast South Korea. The highest point in the area is Seorak, at 5,604 feet (1,708 meters) above sea level. In addition to being snowy, north-east South Korea also receives the most significant precipitation, with highs of 2.4 inches (60 millimeters) being recorded in a month.

Seoul is the capital and largest city of South Korea, sprawling over a 605.20 square kilometers area. It has a population of 9.7 million people, making it the fifth-largest city in Asia. It is common to see people dressed in heavy clothing as a typical day with its bitterly cold winter, which involves freezing temperatures and super cold winds ripping across the city. It rarely snows in Seoul despite temperatures hitting subzero digits most of the time, mainly due to the dry north-westerly winds.

Dongducheon is a city located to the north of Seoul, in the Gyeonggi province of South Korea. It houses the main campus of the United States Second Infantry Division and is vital for the defense of Seoul in case of an attack. It has an elevation of 262 feet (80 meters) above sea level, on which a population of 82,623 people lives. Dongducheon sits on a 95.66 square kilometer mass of land.

January is the coldest month in Dongducheon, with an average low temperature of 15.4 degreesFahrenheit (-9.2 degrees Celsius). It snows in Dongducheon from November through March, with November recording the least snowfall days with one and January the highest with five days. January receives the least amount of precipitation with 0.197 inches (5 millimeters), and March the highest with 0.748 inches (19 millimeters).

Pyeongchang is a county situated in the province of Gangwon, South Korea. It sat on an elevation of 2,300 feet (700 meters) above sea level and hosted the 2018 Winter Olympics and 2018 Winter Paralympics.

It experiences a humid continental climate where the summers are warm and short while the winters are long and snowy. The coldest month is January, with a chilling low temperature of 9.3 degrees Fahrenheit (-12.6 degrees Celsius).

It is a skiing resort located in PyeongChang county. It is located between elevations of 700 meters and 1438 meters, with a slope of 24.2 kilometers. YongPyong Skiing Resort is used chiefly for snowboarding and skiing. The resort is open from mid-November to early April.

This skiing resort is located in the North Jeolla Province. It has 24 kilometers of slope and sits between 730 and 1614 meters above sea level.