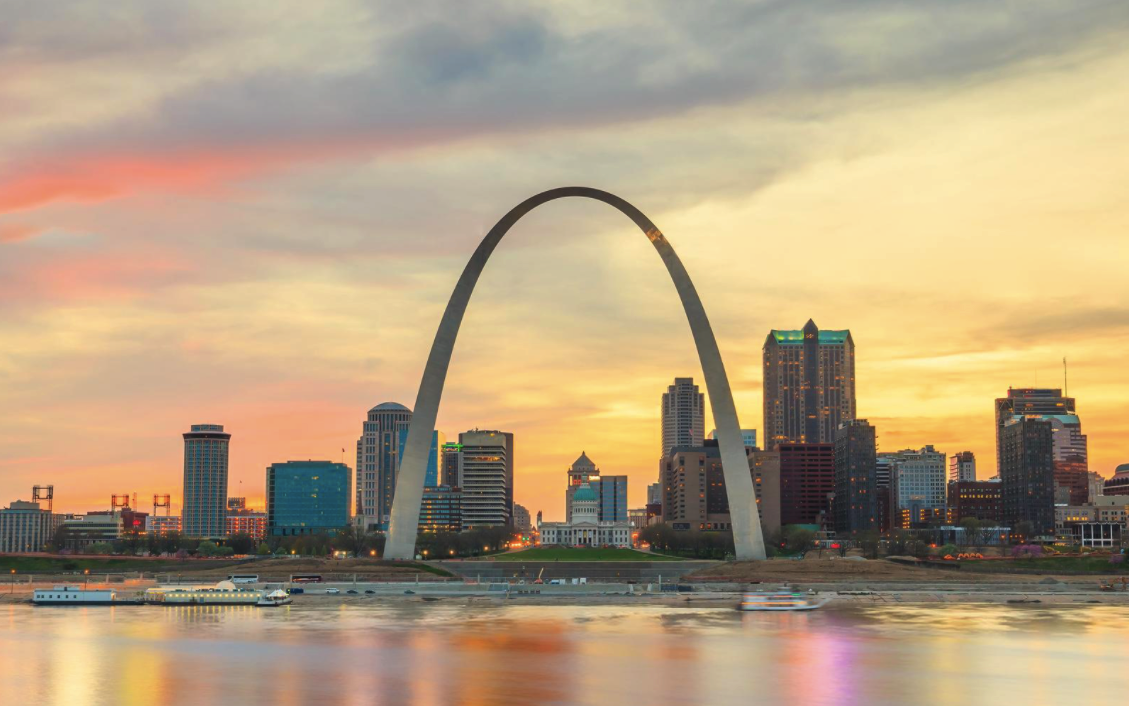 St Louis is a city in Missouri famous for its 630-foot (192 meters) Gateway Arch, the tallest arch in the world. The city lies near the confluence of the Mississippi and Missouri Rivers on a 170.92 square kilometers landmass. St Louis is the second-largest city in Missouri and has a population of around 300,000. Thanks to its strategic location, the city can be accessed by water, air, road, or train, making it a top tourist destination. But does it snow in St Louis, Missouri?

St Louis experiences a humid subtropical climate influenced by both the cold Arctic air and the warm moist air from the Gulf of Mexico. The city has well developed seasons where winters are cold and dry while summers are hot and humid.  St Luis is a city prone to thunderstorms, tornadoes, and flooding. On average, St Louis sees 14.5 snowfall days throughout winter and records a snow accumulation of 17.7 inches (450 millimeters).

When does it snow in St Louis, Missouri?

Snowfall in St Louis is a common phenomenon during winter, which runs from December through February. Snow, however, may be witnessed in the city as early as November, and the last traces of snowfall in the city may be seen in March. Here is a closer look at the city’s snowy months.

December is the first month of significant snowfall in St Louis.  As it is also the first month of winter in the city, temperatures are chilly and occasionally fall below freezing point. On a typical December, temperatures in St Louis fluctuate between highs of 42.4 degrees Fahrenheit (5.8 degrees Celsius) and lows of 27 degrees Fahrenheit (-2.8 degrees Celsius). The city records a snow accumulation of 4.4 inches (111.8 millimeters) after 3.7 snowfall days.

January is the peak of winter in St Louis and is also the coldest month in the city. Average temperatures swing from highs of 39.9 degrees Fahrenheit (4.4 degrees Celsius) to chilly lows of 23.7 degrees Fahrenheit (-4.6 degrees Celsius). January is also the snowiest month in St Louis, with snow falling for 4.7 days and accumulating to depths of 5.6 inches (142.2 millimeters).

Despite the chilly conditions and snowfall persisting in Missouri through March, February is ideally the end of winter in the city.  Temperatures in the city are almost the same as those witnessed in January, only slightly higher.  The city records average high temperatures of 45 degrees Fahrenheit (7.2 degrees Celsius) while the lows fall in the region of 27.7 degrees Fahrenheit (-2.4 degrees Celsius). The city sees snowfall for 3.4 days throughout the month and records an accumulation of 4.3 inches (109.2 millimeters) of snow.

From snowboarding and ice skating to skiing and sledging, St Louis promises a lifetime of adventures for any winter sports lover. The city has numerous indoor skiing arenas spread across its expansive area that cater to the needs of skiing and snowboarding enthusiasts.  Those who would prefer natural slopes can make a quick trip to the nearby Hidden Valley Ski Resort, which is only minutes away from the city.