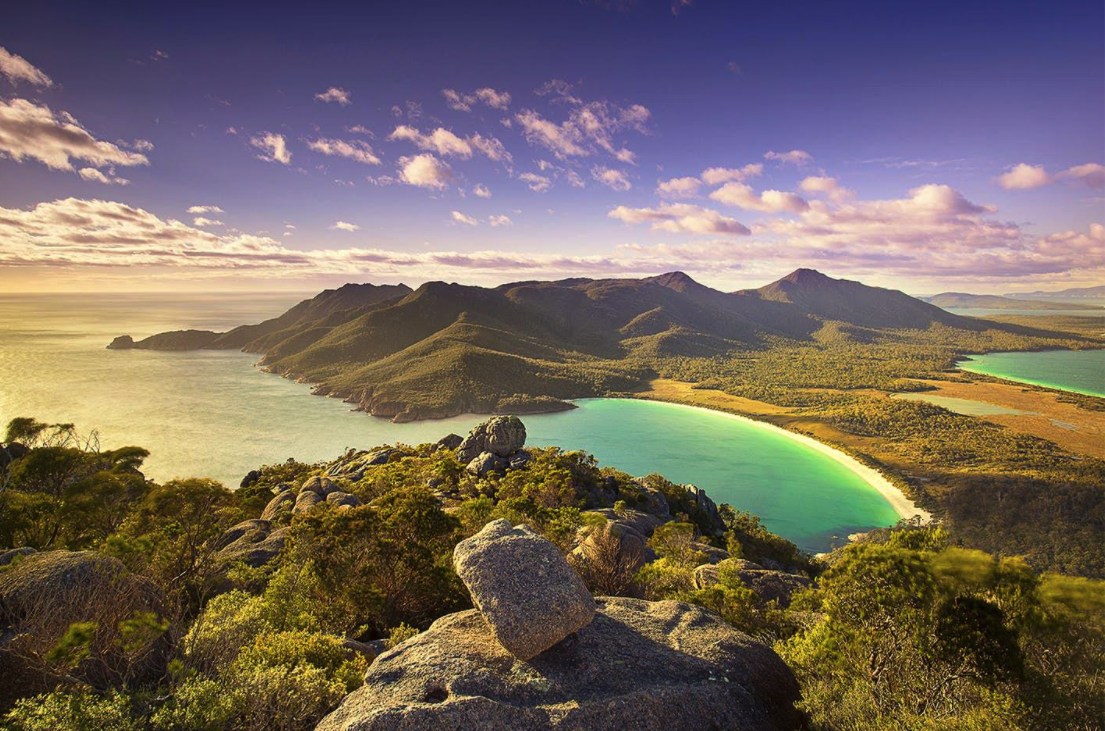 Does it Snow in Tasmania?

Tasmania, located about 240 kilometres from the Australian mainland, is the coldest and the southernmost state in Australia. The state covers an area of 90,758 square kilometres and has a population of 541,965, making it Australia’s least populated state.  But does it snow in Tasmania?

Tasmania experiences a relatively cool temperate climate featuring four distinct seasons.  Seasons in the state are reversed compared to those in Europe or North America, with summers falling between December and February and winters between June and August. Summers in the state are warm and humid, while winters are cool and wet.  It does snow in Tasmania during winter, with snow being more pronounced in high altitude areas.

When does it snow in Tasmania?

Tasmania experiences snowfall during the three winter months of June, July, and August. The state, however, can record its first instance of snowfall as early as April and the last one as late as October. Snowfall during this period varies from one place to another in the state. For instance, Hobart and Launceston record a meagre 0.3 inches while others such as Liawenee record up to 100 inches of snow.

July marks the peak of the winter season in Tasmania. It is also the coldest month in the state, with temperatures occasionally breaching the zero barriers.  Temperatures in the state typically range from highs of 53.6 degrees Fahrenheit (12 degrees Celsius) to lows of 32 degrees Fahrenheit (0 degrees Celsius). Less than an inch of snowfall is recorded in most parts of the state in February.

August is the last month of winter in Tasmania. Average temperatures in the state are the same as those in June and range from highs of 57.2 degrees Fahrenheit (14 degrees Celsius) to lows of 39.2 degrees Fahrenheit (4 degrees Celsius.  It is also the snowiest month in the state, but snow accumulation remains under an inch across most parts of Tasmania.

Where does it snow in Tasmania?

Hobert is the state capital and the most populous city in Tasmania. The city spans an area of 1,695.5 square kilometres and is home to 232 670 people, which is almost half the population of Tasmania. Hobert was founded in 1804, making it Australia’s second-oldest city after Sydney. On average, Hobart records snowfall for 0.1 days in winter, and the snow accumulates up to a depth of 0.3 inches (8 millimetres).

Launceston is a city in Tasmania that picks its name after Launceston, Cornwall in the U.K.  It is the second-most populous city in Tasmania and the third-largest city in the state. Launceston covers an area of 435.4 square kilometres and has a population of 110,500. Each year, snow falls on Launceston for an average of 0.1 days and aggregates up to a depth of 0.35 inches (9 millimetres).

Liawenee is a small fishing town in central Tasmania occupied by a police station and an Inland Fisheries Services (IFS) company. The town was established in 1920 and is the coldest permanently inhabited place on the Australian continent. Liawanee is one of the snowiest places in Tasmania, recording snowfall for an average of 41.8 snowfall days every year.

Tasmania might not be known as a top skiing destination for snow lovers, but it does have two ski resorts where Tasmanians can fulfil their snow fantasies.

Mount Mawson Ski Resort is a ski area located in the Mountain Field National Park outside Hobart. The resort’s ski area is situated at an altitude of 1,250 metres and receives substantial snowfall during the winter season.  Southern Tasmanian Ski Association (STSA) is the body in charge of the resort and has overseen the installation of three lifts that serve the resort’s 4-kilometre skiable slope. The resort, however, is fully staffed by volunteers.

Mount Mawson Ski Resort opens its doors to skiers in mid-July and closes them in mid-September, after two months of downward skiing.

Ben Lomond Ski Resort is the biggest ski resort in Tasmania. The resort is located in the Ben Lomond National Park, about an hour’s drive from Launceston. Ben Lomond ski resort has a summit elevation of 5,157 feet (1,572 metres) and a vertical drop of 368 feet (112 metres).  Of the resort’s 6 kilometres of ski slopes, two are dedicated to beginner skiers, three to intermediates, and one for advanced skiers.