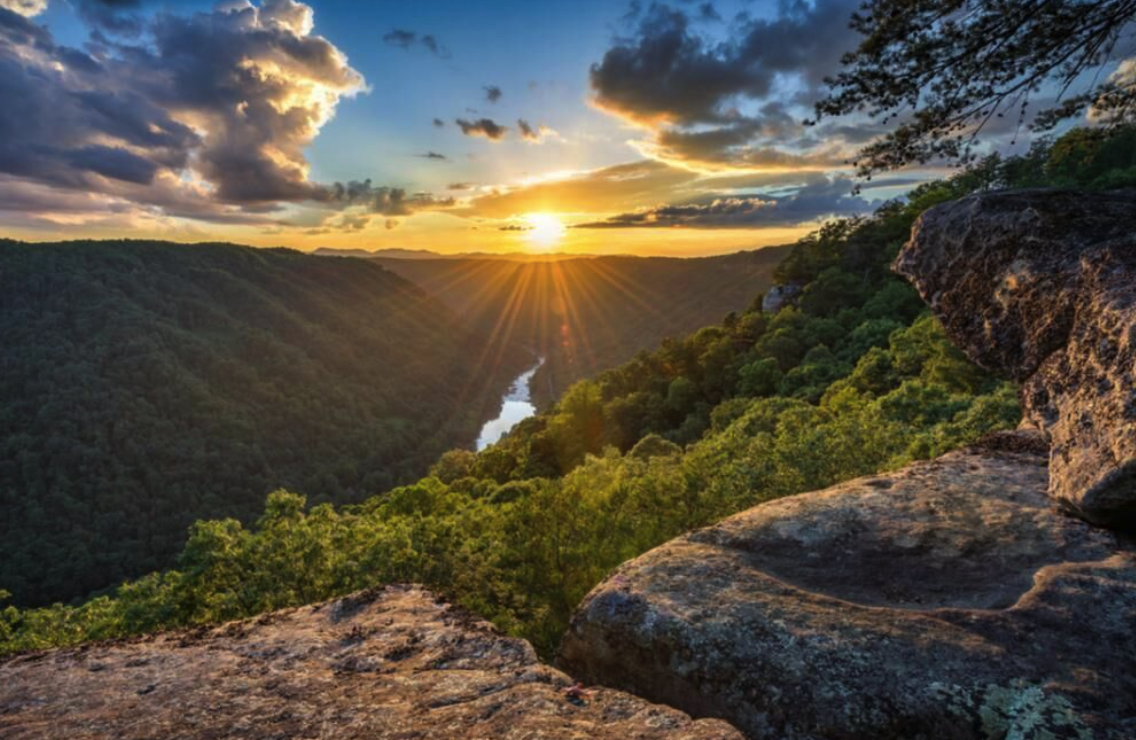 West Virginia, also known as The Mountain State, is located in the Appalachian region in the Southeastern United States. The state shares borders with five states: Virginia, Pennsylvania, Maryland, Ohio, and Kentucky.  West Virginia is the 40th most populous and 41st most extensive state in the U.S., with 1.7 million living on its 62,755 square kilometre landmass. But does it snow in West Virginia?

West Virginia experiences a humid subtropical climate characterized by hot, humid summers and mild to cold winters. Temperatures in West Virginia decrease with an increase in altitude, meaning regions such as the Allegheny Mountains and the southern highland areas experience cooler temperatures than low-lying areas of the state. Winters in West Virginia are accompanied by snowfall, although the snowfall received varies from place to place.

When does it snow in West Virginia?

January doubles as the coldest and snowiest month in West Virginia. Temperatures across the state vary from highs of 43 degrees Fahrenheit (6.1 degrees Celsius) to lows of 13 degrees Fahrenheit (-10.6 degrees Celsius).  In January, snowfall in West Virginia varies from 10 inches (254 millimetres) in the western regions to 15 inches (381 millimetres) in the eastern regions.

Where does it snow in West Virginia?

Charleston is the capital and most populous city in West Virginia. The city spreads over 84.54 square kilometres and is home to a population of 47,000. Charleston receives snowfall for 26.6 days throughout the year and records a snow accumulation of 36.4 inches (925 millimetres).

Snowshoe is a small community area in the Allegheny Mountains of West Virginia. The area is perched at an elevation of 4,848 feet (1,478 metres) and is home to 200 people. Snowshoe is the snowiest place in West Virginia and records an annual snowfall of 159 inches (4,039 millimetres) after 51.4 snowfall days.

Huntington is an inland port city located in southern West Virginia. The city covers an area of 47.82 square kilometres and is home to 46,000 people. Huntington receives snowfall for 6.3 days throughout the year and records a snow accumulation of 11.5 inches (292 millimetres).

Snowshoe Mountain Resort is the largest ski resort in West Virginia. The resort encompasses three mountains and has a total of 257 acres of skiable terrain. On average, the resort receives 180 inches of snowfall and complements it with artificial snow.

Canaan Valley Ski Resort is located within Canaan Valley State Park, one of the largest parks in West Virginia. The resort receives about 180 inches of snow annually and complements it with artificial snow. Some of the winter activities offered at the resort include skiing, snowboarding, snow tubing, ice skating, and snowshoeing. The resort has 47 trails that cater to all skiing difficulty levels and has the longest snow tubing runs in the entire state.

Winterplace Ski Resort is located in Ghent, Raleigh County and is the most southernmost ski resort in West Virginia. The resort’s proximity to Interstate 77 makes it one of the most accessible ski resorts in the Southeast and has made it a popular destination among snow lovers. Winterplace boasts 27 trails, a summit elevation of 3,600 feet (1,100 metres), 11 lifts, and two terrain parks on its 90 acres of skiable terrain. It also has a top-notch ski school where children and adults can learn skiing and snowboarding.

Timberline Mountain ski area is located in the Alleghany Mountains of West Virginia. The resort has a summit elevation of 4,268 feet and a 1,000-foot vertical drop. On average, the ski area receives an annual snowfall of 200 inches on its 40 runs and complements it with artificial snow on low seasons.  The resort primarily serves beginner and intermediate skiers and has the first detachable “six-pack” high-speed chairlift in West Virginia.