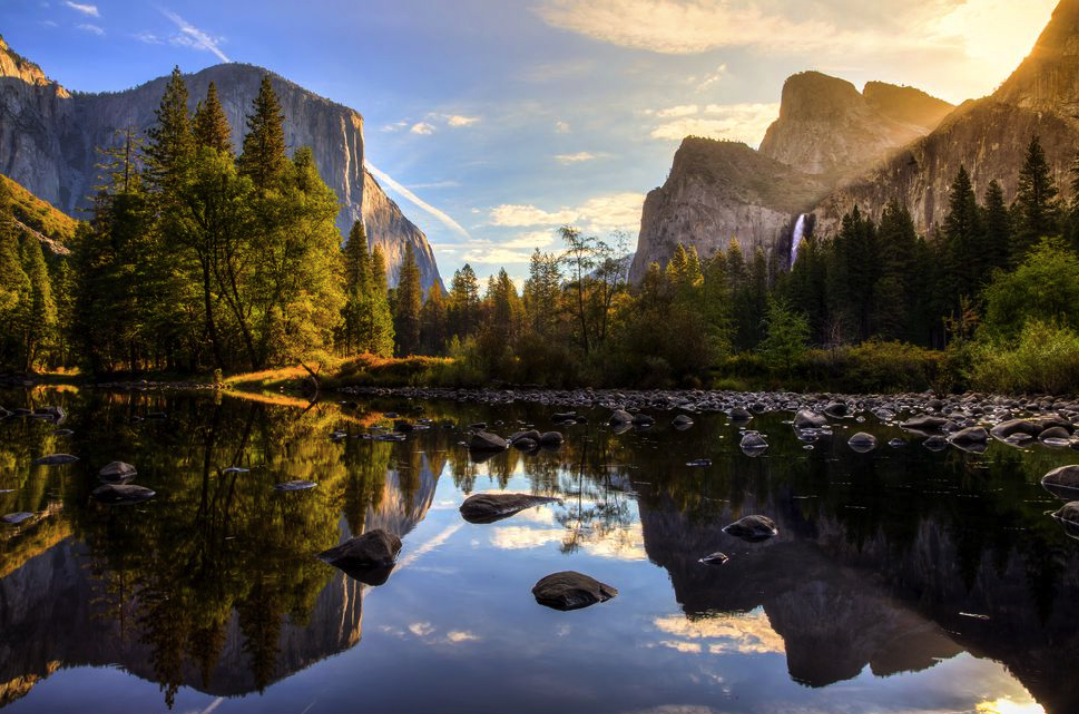 Does it Snow in Yosemite?

Yosemite is a national park located in Northern California. It is well known for its bright and scenic waters, towering granite monoliths, deep valleys, and giant sequoias. The park stretches from the Stanislaus National Forest in the northwest, traversing through a valley packed with granitic rocks, thousands of lakes, ponds, and tunnels, and winds up at the border of the Sierra National Forest in the southwest. Yosemite National Park covers 3,029 square kilometers and is situated between elevations of 2,127 feet (648 meters) to 13,144 feet (3,997 meters) above sea level. But does it snow in Yosemite?

Yosemite experiences a Mediterranean climate where temperatures vary with altitude. The park records a noticeable variation between day and night temperatures where temperatures during the day can reach up to 100 degrees Fahrenheit (37.78 degrees Celsius) and range in the 30s at night. Precipitation increases with an increase in altitude up to 8,000 feet (2,400 meters), decreasing. Yosemite experiences snowfall during winter, and the park records up to 65.3 inches (1,658.6 millimeters) of snow annually.

When does it Snow in Yosemite?

Yosemite is usually covered in a blanket of snow from October to May, but the height of winter kicks in between November and April.  Here is a look into Yosemite’s snowy months.

Temperatures drop further from those recorded in November. Temperatures often drop below freezing point and can fall as low as 26.2 degrees Fahrenheit (-3.2 degrees Celsius). It snows extensively in most snows substantially in the park, and the snow can aggregate up to depths of 12.5 inches (317.5 millimeters) in most parts of the park.

January marks the peak of winter in Yosemite. Temperatures are chilly and often stay below the zero mark. The average low temperature recorded in the park for the month is 25.5 degrees Fahrenheit (-3.6 degrees Celsius). January also happens to be the snowiest month in Yosemite, and 16.2 inches (411.5 millimeters) of snow is accumulated.

As winter draws to a close, temperatures in Yosemite start to rise. The average temperatures recorded in Yosemite in February range from lows of 28 degrees Fahrenheit (-2.2 degrees Celsius) to highs of 53.1 degrees Fahrenheit (11.7 degrees Celsius). Snowfall is still heavy, and up to 14.6 inches (370.8 millimeters) of snow is aggregated throughout the month.

Snowfall in March and April

March and April experience moderate temperatures, with average lows of 30.9 degrees Fahrenheit (-0.6 degrees Celsius) and 36 degrees Fahrenheit (2.2 degrees Celsius), respectively. Snow is still predominant in most parts of the park. March records an accumulation of 12.9 inches (327.7 millimeters) of snow, while April posts a slightly lower figure, at 5.1 inches (129.5 millimeters).

Yosemite has a ski area that offers skiing and snowboarding activities for winter sports enthusiasts.

This is a ski area located inside the Yosemite National Park that is accessed using Glacier Point Road. Badger Pass ski area is located between the elevation of 7,200 feet (2,200 meters) and 8,000 feet (2,400 meters) above sea level and covers 90 acres.

It has 10 runs that cater to all difficulty levels, and the longest run measures 640 meters. The ski area is served by five lifts comprising one triple chair, three double chairs, and one surface lift to transport guests.  The ski area also has trainers and facilities such as a snow tubing area, snowboarding, cross country skiing, and over 135 kilometers of snowshoe trails enclosing the numerous points of attraction inside the park.

Since the Badger Pass ski area has been closed for the 2020-21 winter season, this can be an opportunity for winter sports enthusiasts to explore a myriad of other points of interest within the park, such as the Yosemite Valley Waterfalls. These waterfalls come to life after the winter period when the snow melts from the mountain peaks and bring melted ice rushing downstream into the Yosemite Valley. The majestic sight and thundering of the waterfalls bring forth an exhilarating experience.