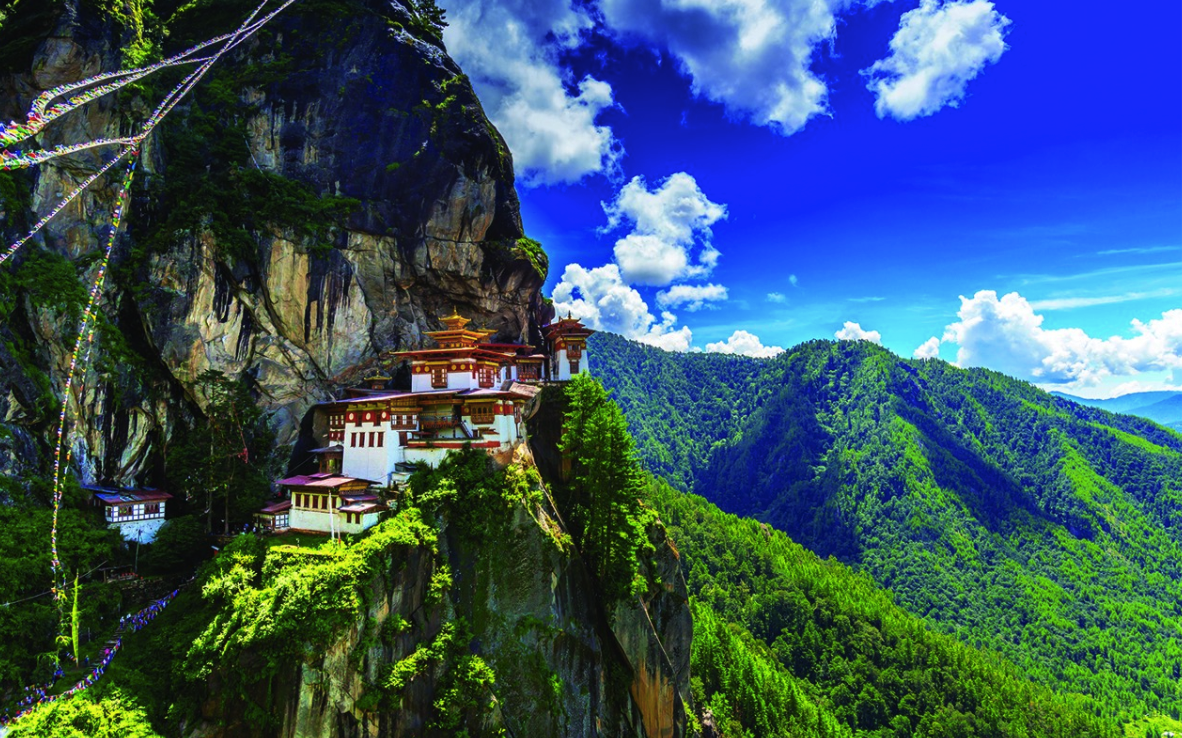 Bhutan is a landlocked country located in the Eastern Himalayas. The country stretches from the border of China in the north to the border of India in the south and covers an area of 38,394 square kilometers. Bhutan sits at an altitude of 8000 feet (2438.4 meters) above sea level, with its highest point being Gangkhar Puensum peak at 9826 feet (2995 meters). With such a high altitude, one can’t help but ask, does it snow in Bhutan?

Bhutan’s climate varies depending on the altitude. The lowlands experience a subtropical climate while the highlands have a temperate climate. Bhutan experiences snow in the winter months of December through February.  The snowfall in Bhutan is concentrated on the northern high altitude atop the Himalayas.

Snow falls on the tall mountains of the Himalayas near the Tibetan border.

Snow appears on the peaks of the Himalayas.

Where does it Snow in Bhutan?

Snow in Bhutan mostly falls in the northern parts where the highlands and mountains are located.

Areas like Thimphu and Paro experience snow during winter while the mountain peaks are permanently covered in snow.

Thimphu is the capital city and largest city in Bhutan. It sits at an altitude of 2334 meters above sea level and covers an area of 26.1 square kilometers.

The coldest month in Thimphu is January with an average low temperature of 27.3 degrees Fahrenheit (-2.6 degrees Celsius).

It snows in Thimphu during winter.

The coldest month is January with an average low temperature of 21.2 degrees Fahrenheit (-6 degrees Celsius). The freezing temperatures result in snow formation, hence heavy snowfall is recorded in the region.

The mountains despite being covered with snow, are not open for setting up skiing resorts. This is because the mountains are considered sacred by the religions of Bhutan.