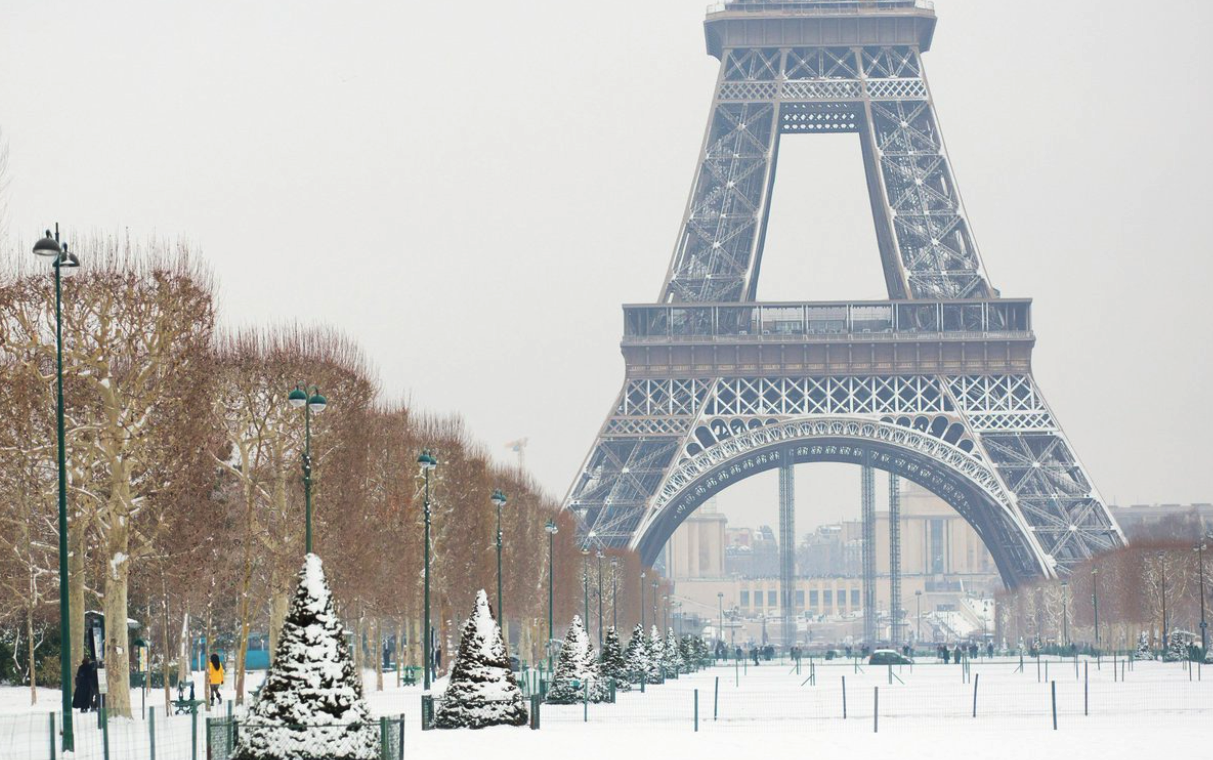 Does It Snow In France?

France is a country located in the western part of Europe and has islands on the Atlantic Ocean, Pacific, and the Indian Ocean. The overseas territories of France include French Guiana in South America, Martinique and Guadeloupe in the Caribbean region, and Reunion Island on the east side of Africa. France has about seventy million people, which resides in an area spanning 643,801 square kilometers. Paris serves as the country’s capital city and largest city.

France, being geographically diverse, experiences different climatic conditions from region to region. The predominant climates include the Mediterranean climate in southern France, Continental climate in the central parts of France, Oceanic climate in western France, and Sub-Alpine climate at the foot of the mountainous regions. France has four climatic seasons; summer, fall, winter, and spring. But does it snow in France?

When is there Snowfall in France?

Snow falls in France during the winter season, which runs from December to March. The majority of snowfall in France is experienced in the mountainous regions such as in the French Alps and the Pyrenees. Other places such as the plains of Loire and Paris experience snow rarely though temperatures may drop to 23 degrees Fahrenheit (-5 degrees Celsius) at night during this period.

Below is a further analysis of the most precipitous months in the regions where it snows:

December is the first month of winter in France. Basing our analysis on the high-altitude town of Grenoble, temperatures range between highs of 43.5 degrees Fahrenheit (6.4 degrees Celsius) and freezing lows of 31.8 degrees Fahrenheit (-0.1 degrees Celsius). With the colder weather, it is inevitable that it snows. Residents of Grenoble see snow for approximately 4.9 days in December.

In the capital Paris, it’s a common sight to see people wearing clothes with multiple layers to protect and insulate against low temperatures, which tend to drop to a number low of 37.4 degrees Fahrenheit (3 degrees Celsius). The capital receives 0.43 inches (11 millimeters) of snow.

January is the coldest month in Paris, with temperatures averaging lows of 35.2 degrees Fahrenheit (1.8 degrees Celsius). January also happens to be the month with the most snowfall in Paris. It falls for 2.4 days and registers depths of up to 1.14 inches (29 millimeters) of snow.

Temperatures in Paris rise slightly to lows of 35.6 degrees Fahrenheit (2 degrees Celsius) as it moves away from winter into spring. It snows for 2.8 days and accumulates depths of 0.79 inches (20 millimeters) of snow in February.

The temperatures in March are slightly higher than those in February. Grenoble experiences an average low temperature of 35.6 degrees Fahrenheit (2 degrees Celsius) in March. The area also witnesses snowfalls for 4.5 days.

Where does it Snow in France?

Snow mostly falls in the French Alps and Pyrenees. Even so, snow flurries are seen in some cities and towns located in high-altitude areas or close to the mountains during winter.

Paris is the capital city and most populous city in France. It covers about 105 square kilometers at an elevation between 92 feet (28 meters) to 430 feet (131 meters) above sea level.

Paris has an ocean climate where winters are characterized by fewer hours of sunshine, cool days, and cold nights. Temperatures are chilling but generally above the freezing point. The coldest month is January, with an average temperature of 36.9 degrees Fahrenheit (2.7 degrees Celsius). It snows the most in January, with a recorded accumulation of 1.14 inches (29 millimeters) of snow. Throughout the year, Paris receives 7.9 snowfall days and an aggregate of 2.48 inches (63 millimeters) of snow.

Strasbourg is a city in France located near the border with Germany. The city lies between 433 feet (132 meters) and 495 feet (151 meters) above sea level and spans 78.26 square kilometers. The coldest month is January, with an average low temperature of 30.7 degrees Fahrenheit (0.7 degrees Celsius). It is snowiest in December, where it falls for 4.4 days and accumulates up to 1.57 inches (40 millimeters) of snow.

Bordeaux is a city located close to the Atlantic coast in southwestern France. The coldest month is January, with an average low temperature of 40.1 degrees Fahrenheit (4.5 degrees Celsius). Bordeaux receives snowfall in February, March, and December and a yearly cumulative of 0.28 inches (7 millimeters).

The skiing scene in France is mostly concentrated on the French Alps. In the Alps, you will find dependable snow and world-class skiing facilities.

France has more than 10,000 kilometers of slopes for skiing.

This is a ski resort located in Tarentaise in France. It has 600 kilometers of slope available for skiing and snowboarding. The resort is served by 137 ski lifts covering a lift length of 186.8 kilometers while carrying 250,167 passengers per hour.

This resort operates from mid-November to early May.

This ski resort is located in Tarentaise also. It is located on the upper end of the Isere Valley at the foot of Pointe du Montent and Grande Motte. It offers 300 kilometers of slope that cater to all difficulty levels in snowboarding and skiing. The resort has 82 ski lifts to transport guests.

The resort is operational twice per year; the late-November to early-May season and mid-June to early-August season.